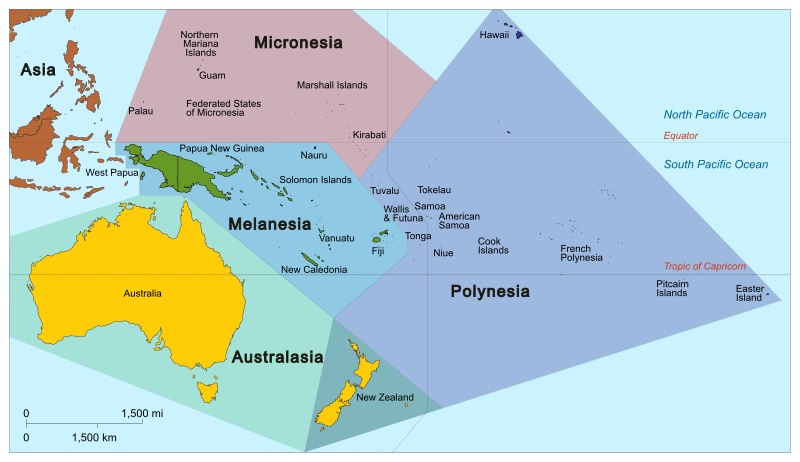 In all the analysis following the decision of the five Micronesian countries to exit the Pacific Islands Forum after their candidate failed to become the next Secretary General (SG), one question remains unanswered: who is responsible for this body-blow to Pacific regionalism?

One position is to blame the Micronesians. Perhaps they should have been less retaliatory in their approach, and rather than quit, resolved to try again next time.

As Transform Aqorau has eloquently argued, this would be unfair. The Micronesian countries had decided on their position well in advance of the leadership contest. Their candidate, Gerald Zackios, a diplomat, seemed reasonable, as did their argument that it was their turn. The countries warned as a group in advance that they would walk away if they did not get their candidate up. How then, when he failed, could they not?

Kevin Rudd has decided to blame Australia for the fiasco, but the fact is that a majority of Pacific countries objected to a candidate, who, as one of us noted late last year was  “the firm favourite”, and whose election “should have been a mere formality”, as Maureen Penjueli recently put it. Was Zackios’ defeat rational?

We know that the final vote was eight for Zackios, and nine for Henry Puna, the former Cook Islands PM and Polynesian candidate who defeated him. Voting was confidential, so we can only guess who voted for whom. All five Micronesian countries (FSM, Marshall Islands, Palau, Nauru and Kiribati) surely supported Zackios. Similarly, all six Polynesian countries (Samoa, Tonga, Niue, Cook Islands, Tuvalu and French Polynesia) likely went for Puna. That leaves six (Fiji, Vanuatu, Solomon Islands, Papua New Guinea, Australia and New Zealand; New Caledonia was absent).

Surely, it was in the interests of the remaining six to support Zackios. Why risk splitting the Forum when these countries didn’t have a candidate in the race? Yet three of them supported Puna.

The Palau president has said that Australia and New Zealand supported Puna, and the PNG PM has (belatedly) said that he supported Zackios. Views and rumours abound on who backed whom. The truth is that, sadly, we just don’t know.

Whatever the precise voting configuration, the question remains: why did those who voted for Puna risk blowing up the Forum?

That is a difficult question to answer. Misunderstandings and confusion on the night no doubt played a role. Perhaps, as veteran Marshall Islands Journalist Giff Johnson suggested, other countries did want to retaliate against the threat of the Micronesians to leave. Perhaps, they didn’t take their threat to leave seriously.

Whatever the precise reason or mix of reasons, the hard truth revealed by the SG selection and subsequent split is that member countries just don’t take the Forum that seriously. And that in turn is because so little rides on membership.

On the one hand, the costs from leaving the Forum are low. It is not like the UK leaving the EU. One can leave the Forum and still belong to all the other regional institutions, such as the University of the South Pacific, the Pacific Community, the Forum Fisheries Agency, and so on. No aid or trade deals ride on being a Forum member.

On the other, the benefits from being a Forum member are not that great. The Forum has tried to drive change in the Pacific, through first the Pacific Plan and then the Framework for Pacific Regionalism. It has failed both times. While it has some worthy initiatives to its credit, the Forum is now mainly, as the name suggests, a talking-shop, in which declarations can be made, and views shared. A bit like APEC: a regional organisation whose main function is to provide a forum for leaders to meet; a good idea, but something that excites few.

In sum, while there are definitely some benefits to being a member of the Forum, they aren’t overwhelming, and the costs to leaving to make a point are low.

“Who blew up the Forum?” is perhaps a question too difficult to answer. Why so many countries were willing to take the risk of a split is easier to explain: the Pacific Islands Forum simply isn’t that important to its members.