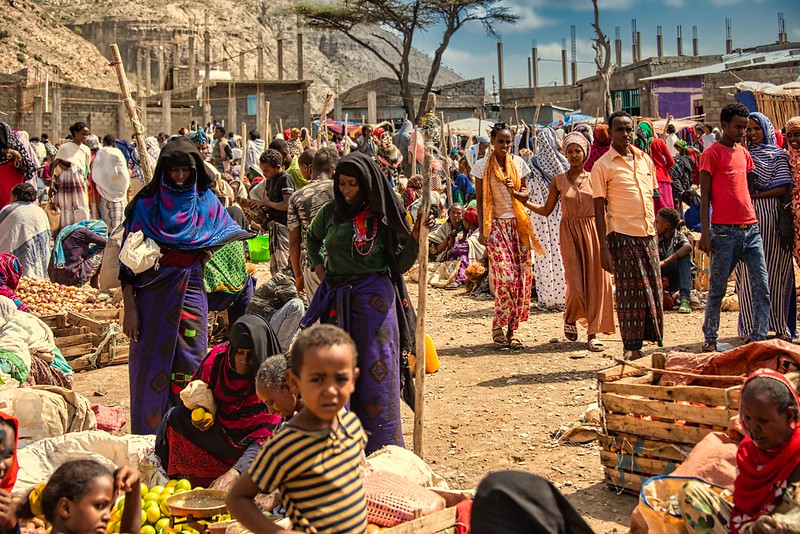 Many developing countries face the effects of foreign exchange rationing, and I have written extensively about Papua New Guinea’s experience. In this blog, I look at the case of Ethiopia, to provide a broader international context, and share some research that has not been conducted yet in PNG – namely, finding out the winners and losers of foreign exchange rationing, including at the household level. Some findings on the effects of rationing are expected, like lower exports, but other results are surprising, like the overall negative impact on the urban poor as a group.

Researchers from the International Food Policy Research Institute and the Ethiopian Development Research Institute built a model that found several adverse distributional effects of the rationing in Ethiopia. Their 2009 paper can be found here. Its results are relevant to PNG today due to the system of exchange rate rationing PNG has had in place since 2014.

It is sometimes assumed that rationing improves consumption for the urban poor through a reduction in imported inflation. However, Ethiopian results showed that while inflation was indeed lower, this reduction was negatively offset by job losses and by fewer opportunities for many to earn income, leading to lower consumption overall, on average. As shown in Table 1, moving to a system without rationing led to a 4% increase in average consumption for the urban poor.

Table 1 shows the change in consumption for four household groups after one year, which are split by geography (urban and rural) and income level (poor and non-poor). As suggested by the name, the “non-poor” include everyone who is not poor, from those just above the poverty line to the middle class and extremely wealthy. 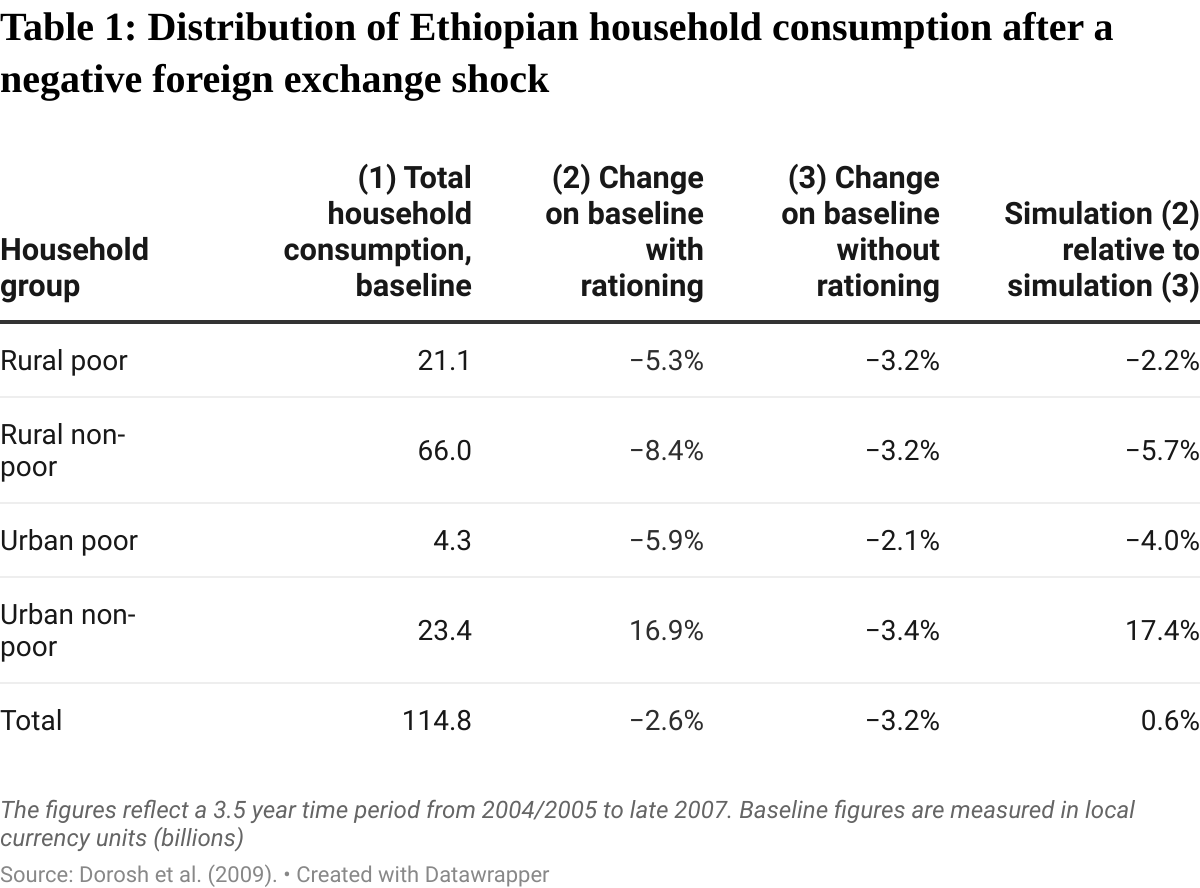 Column (1) shows the total amount of consumption for each household group prior to the negative shock, reflecting incomes, prices and population.

Column (2) presents the outcomes of the negative shock with foreign exchange rationing, in the short term. It shows that rationing protects and even expands consumption for the urban non-poor, while every other group sees their consumption decline.

Column (3) presents the outcomes of the negative shock with no rationing. It shows that this still results in losses, but that the losses are more equally distributed across the four groups.

The final column in the table presents the difference between the two policies, the winners and losers of the rationing system in the Ethiopian context. It shows that the urban non-poor are the winners, at the cost of those living in rural areas and the poor in both rural and urban areas, on average.

Table 2 compares differences in key macroeconomic indicators, comparing rationing with no rationing. The results suggest that rationing reduces  inflation by 2.1%, while it increases consumption and Government spending in the short-term by 0.6% and 3% respectively. As mentioned previously, this increase in consumption in the short-term is experienced by the urban non-poor, who offset declines for other groups.

However, investment, exports and imports decline by 8%, 17% and 6% respectively, due to rationing. Real GDP is reduced by 0.7%. These are key findings. Investment and exports in particular are key drivers of GDP growth. The opportunity cost of the loss in these growth areas compound each year that rationing continues, which mean even those few who benefit from rationing will see the benefits decline and become negative, while those who lose from rationing will see further losses, compared to no rationing. This is due to reduced employment and income-earning prospects resulting from lower GDP. This is relevant to countries like PNG, in which rationing has been in place for several years. Removing rationing would have led to an increase in the real exchange rate (as with previous blogs, this is sometimes called a decrease if it is presented in foreign currency terms, but an increase if presented in local currency terms). Dorosh et al. argue that reforms to remove rationing need not require full liberalisation of the foreign exchange market, but that restrictions would need to be relaxed considerably.

To summarise, this research shows that in Ethiopia, on average, foreign exchange rationing is worse for consumption for both the urban and the rural poor, and worse for rural regions as a whole. Rationing reduces trade and investment, which are key drivers of GDP growth. However, rationing boosts consumption for some in the short-term, mostly the urban non-poor, and increases government spending in the short-term – though even these benefits will decline consistently as rationing continues, as the opportunity cost of lost returns on investment and export incomes rise exponentially. Yet this short-term impact may be key to explaining why rationing is so prevalent in many developing countries, including PNG, where political power is often fragile and dependent on short-term outcomes.