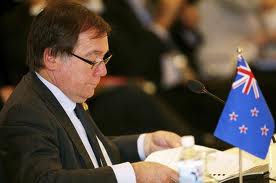 Politics matters for development. That’s one of the conclusions that can be drawn from recent DFID funded research looking at governance in developing countries.

I agree, and think the argument can be extended to the politics of the developed world. Across a range of issues central to development (climate change, trade agreements, peace and conflict, aid…) different political parties in developed countries have distinctly different views about what the problems are, and what needs to be done. Developed country politics matters for development.

The recent changes to the New Zealand aid programme are a case in point. In 2008 a centre-left coalition government that had been in power for nine years was replaced by a conservative government lead by the New Zealand National Party.

NZAID wasn’t perfect. It lagged a long way behind DFID and AusAID in its engagement with research. And it wasn’t as strong as it needed to be when it came to conducting quality evaluations and translating the lessons from these evaluations into change (although this was definitely improving). But, as far as aid agencies go, it wasn’t bad either. It received a broadly favourable review from the OECD DAC. And, around the Pacific, where it did most of its work, it was held in high esteem. The agency was good at forming and maintaining relationships with aid providers and recipients. And New Zealand government aid was, almost without exception, given for altruistic reasons – to tackle poverty and the under-development – as opposed to being given for the purposes of benefiting New Zealand. Given the checkered history of international aid this was important.

Amongst the New Zealand development community, while there were plenty of people with plenty of suggestions on how NZAID might be improved, there was no one who thought it needed wholesale change.

And yet, wholesale change is exactly what has occurred in the wake of the 2008 elections. NZAID was reintegrated into the Ministry of Foreign Affairs and Trade, and given a new mandate with a key focus on economic development (changes summarised here). Neither change was necessary; there was no convincing justification for reintegration nor for the changed mandate. On the other hand, neither change was disastrous. DfID and AusAID give good aid whilst having key foci on economic development. And several European aid agencies are integrated into foreign ministries and they still give reasonable quality aid.

More concerning have been a series of less obvious changes that signal worrying trends in the way New Zealand government aid is given.

First, the new minister in charge of aid, Murray McCully, has seen fit to cut a number of well-regarded aid projects (examples: here, here and here). No good reason has been offered for these cuts by the Minister, often they appear to have come out of the blue. And it is a real worry to think that decisions about aid projects are now being made in such an ad-hoc manner. There is one aspect of aid policy that the National Government does deserve credit for – they haven’t reduced the overall aid budget, despite the fact that the New Zealand government is currently running deficits.

Second, despite not having any long-term involvement in development work or relevant knowledge of development himself, the New Minister has been openly contemptuous of development professionals, using terms in his public proclamations like “so-called development professionals” and “desk jockeys” with reference to aid workers. Terms which make it pretty clear that he places little stock in their advice. Instead, he appears to be much more keen on the advice on a group of friends and political associates. Which probably explains why, at his behest, a contract for aid funded work on tourism in Niue was awarded to former Wellington mayor (and National Party member) Mark Blumsky. The contract appears to have been awarded to him in the absence of a tendering process (which is at odds for the normal letting of this type of government contract in New Zealand). And Blumsky has no relevant development experience. So it’s hard to feel confident that the advice paid for will have been of value for money. Or well-informed for that matter.

Third, the Minister has selected some rather questionable new aid projects for funding. A good example being the decision to subsidise Air New Zealand flights from Samoa and Cook Islands to Los Angeles (discussed here). The subsidy might have development benefits – linking relatively isolated island states to markets – or it might not. And, even if it does have development benefits the money devoted to it might be more effective elsewhere. The decision to subsidise was of the type that requires careful analysis before being acted on. And yet there’s no evidence that such analysis fed into the Minister’s decision. More worryingly still, the subsidy was awarded directly to Air New Zealand instead of through the best-practice approach: to put the services out to tender and see which of the various airlines servicing the region could deliver best value for money. Which makes the whole affair seem remarkably like corporate welfare.

To-date, these sort of changes have mostly been around the margins of the New Zealand aid programme and much work continues as it has always done (health and education work in PNG and Solomons for example). But the worry is what the changes signal about the Minister’s intentions for the coming years while he’s in power. It’s very hard to see how decisions based on little or no analysis, or on the advice from people with little relevant experience, can lead to more effective aid giving. Particularly, if these decisions also factor in New Zealand’s interests as well as those of developing countries.

It’s interesting to compare the respective fates of DFID and NZAID. Both aid programmes have recently come under the control of conservative governments and one of them, DFID, appears to be flourishing as the other, NZAID, falters. Given that the New Zealand National Party and the Conservatives in the UK occupy similar parts of the political spectrum, the differing fates of the two aid programmes would seem to suggest that the New Zealand aid programme’s travails as outlined above can’t simply be put down to ideology, or the fact that centre-right governments are invariably at odds with good aid.

Aid is often discussed in dry technocratic terms, and in ways that assume that governments giving aid will make the right decisions if only provided with the right advice. The New Zealand experience over the last two years suggests that this is mistaken. If we really want aid to work, we need to do more than just study what happens in the field. We also need to understand what happens in the capital cities of donor countries. We need to study the impact of ideology, lobbying, and campaigning. And we need to learn what shapes the views of the politicians who have the final say on how aid is given. If we don’t, we may end up learning a lot about what works on the ground, and yet remain powerless to see it enacted.

Terence Wood is a PhD student at ANU. Prior to commencing study he worked for the New Zealand government aid programme. This article is based on a talk given at the Australian National University.