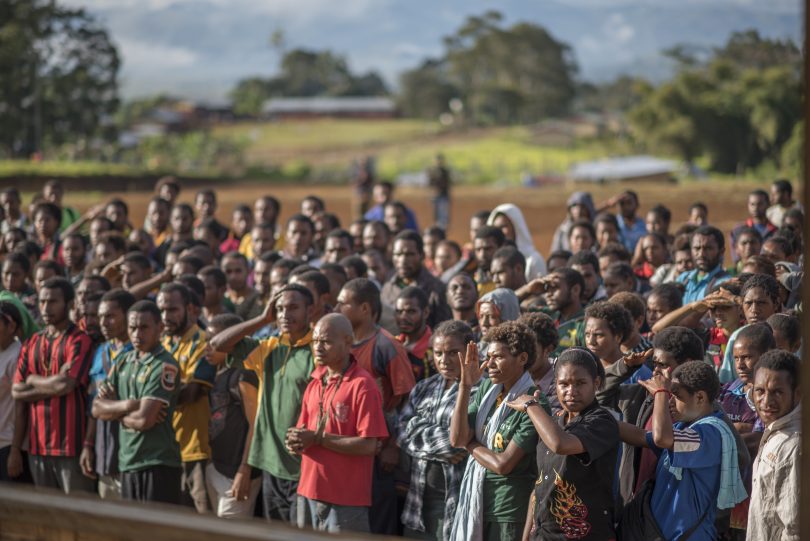 Students at the Kumbareta School run by Oaktree and Baptist Union, 2015 (Oaktree)

Hip hop performances, rousing speeches, face painting and smiles created an energetic atmosphere at the International Youth Day Celebrations held in August in Port Moresby. The celebrations brought many organisations together to support the youth-led Sanap Wantaim, or Stand Together campaign, to end violence against women in the city. The vibrancy, ingenuity and intelligence of Papua New Guinea’s young people was on full display.

According to the CIA World Factbook, 54 per cent of Papua New Guinea’s population is 24 years old or younger. This youth bulge is a serious issue that threatens PNG’s future development and stability. However, it presents exciting opportunities as well. These opportunities can and should be seized by the Pacific regional community. 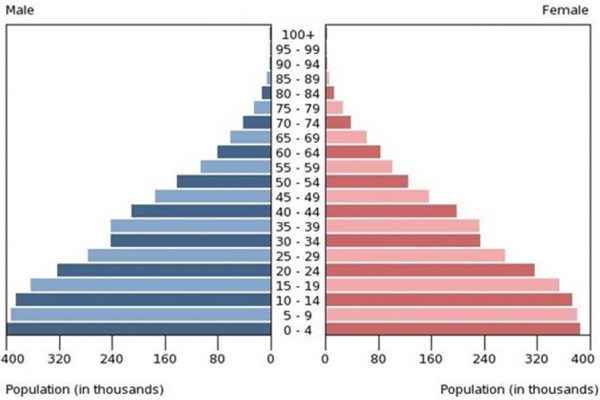 PNG is a deeply impoverished country. 89 per cent of the population lives in rural areas that are poorly serviced and difficult to access, and the economy is dominated by resource extraction. The state’s capacity to deliver health, education and infrastructure is weak, largely due to poor governance and decentralisation. Even though PNG is a vibrant and active democracy, the already-weak government is plagued by corruption and patronage politics. The youth bulge threatens to disrupt this, for better or worse.

Youth are marginalised across Papua New Guinea. With 800 different ethnic groups and the legacy of traditional social structures and conceptions of leadership are simultaneously being challenged by capitalist and Western ideas, youth are often excluded from and denied roles in decision making. However, the process of modernisation is shifting young people’s identity. Society has become more individualistic, and young people face competing obligations to bring wealth to their communities, while being unable to participate in community decisions relevant to their lives. Barbra Thomas, Director of the PNG youth empowerment organisation The Voice Inc., notes that as formal sector opportunities are scarce, youth are often seen as ‘increasingly desperate’ and unable to bring prosperity back to the community.

The youth bulge threatens the delivery of services, such as education, by the government. A large cohort of young people places immense pressure on already-stretched institutions, creating resource scarcity and institutional ‘bottlenecks’. These bottlenecks are also felt in the health sector, which is already severely under-resourced and often lacking in basic medicines. The health sector is having to respond to a growing group of people suffering from extensively drug-resistant tuberculosis and HIV. However, the core problem of the youth bulge is structural: young people are denied access to formal sector employment. The Asian Development Bank has found that only five per cent of PNG’s working age population is formally employed. Youth unemployment is high in PNG, with young people in urban areas living ‘day-to-day’, often committing opportunistic crime to survive and leading lives without direction. And though the informal sector is burgeoning, life for these young people is tenuous and uncertain.

The structural problems of the youth bulge are particularly acute in urban areas. Urban youth are often disconnected from their communities, and their livelihoods are more precarious than their rural counterparts. Young people migrate to large cities like Port Moresby and Lae in search of opportunities that are all too scarce. Many live in informal squatter settlements notorious for crime and violence. The destabilising effects of the youth bulge are intensified in cities, yet they are also where there is the most potential for positive change. A number of youth-led organisations flourish in Port Moresby. Building on this momentum is essential to seizing the opportunities the youth bulge presents.

It has been suggested that these youth bulges are a prerequisite for political instability. Young people, denied opportunities and with little to lose, often turn to civil unrest. This was evident in the violent student protests at the University of PNG against the O’Neill Government in June 2016. With tribal warfare becoming more deadly and destructive in the Highlands, it is vital that young people be given opportunities to build meaningful, secure lives, rather than resort to violence. The youth bulge in PNG cannot be ignored, but it also does not need to be seen solely as a risk. PNG’s young people are a development opportunity for their country. Today’s youth are the most comprehensively educated in PNG’s history and have the passion and dedication not only to work hard in the formal sector, but also to build a strong civil society and confront their country’s complex challenges.

Oaktree, Australia’s largest youth-led anti-poverty organisation, advocates for greater youth participation in development. Young people must be involved in all stages of project development and implementation. They know how to best craft changes that are appropriate to their lives, are more connected than any previous generation, and are ready to adopt the new. In line with the famous ‘nothing about us without us’ rallying call that sparked the participatory development movement in the 1990s, young people must have a stake in the projects that define their future.

Investing in our future leaders is more than just scholarships and awards ceremonies. It is about creating a space at the table for young people to shape their future. Young people need ownership over their future. Strengthening and partnering with youth-led civil society organisations and campaigns such as The Voice Inc. and Sanap Wantaim will not only build the capacity of young people, but present a different picture of PNG, a PNG with an active civic life and strong communities working cooperatively to create a better future for all. This is the future we should be working to embrace.

Alexander ‘Sandy’ Mclachlan and Lachlan McPhee co-authored The Youth Bulge in Papua New Guinea: Challenges and Opportunities, which they released at the 2017 PNG Update held at the University of Papua New Guinea.

This post was first published on the Lowy Institute’s AUS-PNG Network.

Alexander 'Sandy' McLachlan currently works as Pacific Programs Director at Oaktree. He is studying a BA at the University of Melbourne majoring in Politics and Philosophy.