While reference to ‘innovation’ has become pervasive across the international development sector over the last few years, its commonality has not made the buzzword any less controversial or debateable – making it an excellent choice of theme for the 50th anniversary conference of Australia’s peak body for international development, ACFID, which wrapped up in Sydney on Friday. 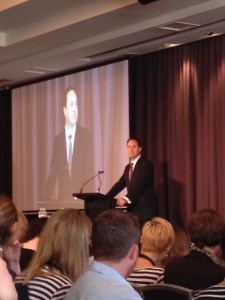 The two-day conference kicked off with an address from the newly appointed Minister for International Development and the Pacific, the Hon Steve Ciobo. Minister Ciobo added relatively little in this address to what he has already said elsewhere – the government’s desires to pursue innovative approaches, to move away from a ‘donor-recipient’ paradigm, and to harness the capacity of the private sector, figured prominently. He also emphasised a continued focused on the Pacific in the near future, with tuna stock level measurements, PACER Plus, and the Seasonal Worker Program all meriting a mention. For the ACFID members present, though, perhaps the most important message to take on board was the Minister’s repeated statements that he is very open to feedback and engagement with the sector.

The Minister’s very positive appraisal of innovation was tempered and refined in the morning’s subsequent sessions. Highlighting the ‘unprecedented complexity’ of the world in which we live, Oxfam Global Innovation Adviser James Whitehead stressed the importance of framing innovation appropriately – that is, to focus on social impact first, and treat innovation as a tool or byproduct of that impact. A focus on outcomes-driven innovation, and ensuring that innovation is ‘fit for purpose’ and ‘delivers value’, were also prominent themes arising from the following panel discussion (a session which was marked by Future Crunch presenter Dr Angus Hervey’s insistence on ceding his seat to a female speaker, in order to help gender-balance the panel!).

In addition to innovation, the state of the Australian aid program post-budget cuts, and how best to respond, was unsurprisingly top of mind for many conference attendees, and the subject of a motion passed by ACFID members during the conference. Labor and the Greens also took the opportunity to pledge their support for Australian aid, providing some feel-good moments on the second day of the conference. 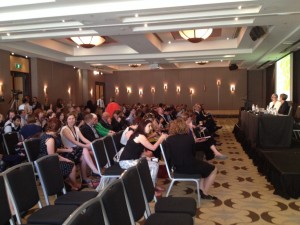 In her address, the Shadow Foreign Affairs Minister Tanya Plibersek announced that a Labor government would grant an extra $30 million to the Australian NGO Cooperation Program (ANCP) from 2017-18 and another $10 million of funding annually to support research and partnerships to increase aid effectiveness, though it is unclear whether this funding would be drawn from a (very small) reversal of cuts to the aid budget, or from a reshuffling of budget lines within the aid allocation. Additionally, she promised that Labor would restore the much-missed Blue Book, and legislate for transparency and effectiveness in the aid program. 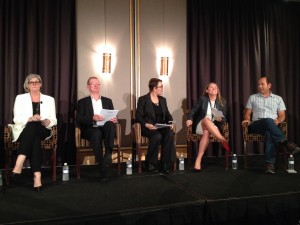 While Plibersek was reticent in the Q&A to put any kind of timeline on achieving an aid budget of 0.5 per cent of GNI, Greens leader Richard di Natale was bolder, announcing that the Greens have a roadmap and costed policy proposal, which they will be taking to the next election, to reach an aid budget of 0.7 per cent of GNI by 2025. Di Natale also spoke frankly in response to a question about lobbying politicians on aid, stating what many in the room were likely thinking: while the Campaign for Australian Aid is off to a good start, it must become much bigger and much bolder if it is to have an impact in Canberra. The challenge and necessity of engaging politicians on aid issues also arose in the closing plenary, in which Devpolicy Research Fellow Terence Wood participated.

Among other awards, the ACFID Media Award was announced during the conference, with the top prize going to Charlie Pickering and The Weekly for their segment on Australian public opinion on aid (which, we hasten to add, prominently features a Devpolicy graph!). Catherine McGrath of SBS (who has also referred to Devpolicy analysis in her reporting) and Jamie Walker of The Australian were also highly commended for their coverage of the impact of aid budget cuts and of the 2014 Ebola epidemic, respectively.