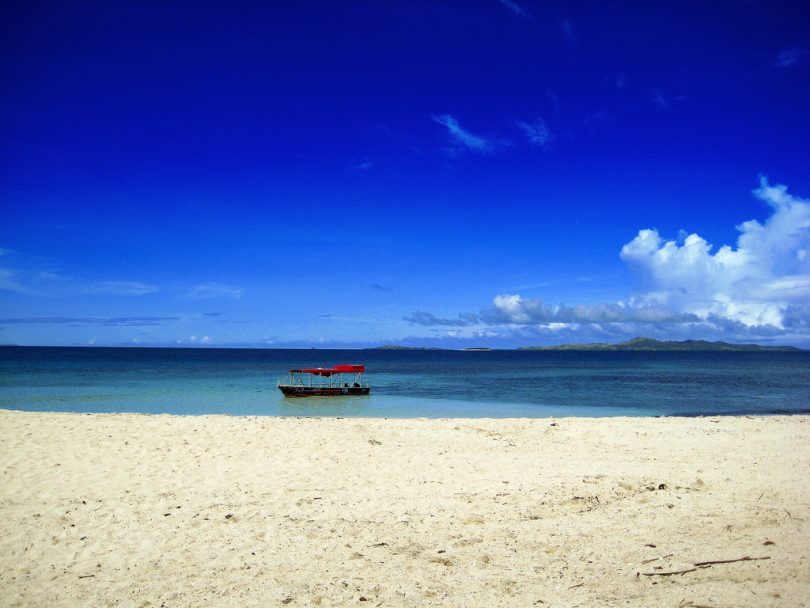 The release of the 2016 Australian national census data allows comparisons with data from the 2006 and 2011 censuses. What do the data reveal about Pacific Islander communities in Australia?

The following analysis is derived from census data on individuals claiming Pacific Islands ancestry (categorised by the ABS as Micronesian, Melanesian and Papuan, and Polynesian).[i] It does not include persons claiming New Zealand (including Māori) ancestry nor does it include persons claiming Fiji-Indian ancestry.[ii] Following the ABS taxonomy, Fiji is included in the Polynesian category. This analysis draws on ancestry rather than place of birth statistics as the latter captures only first generation migrants, rather than the totality of multi-generational ‘Pacific Islander’ communities, and may also include the children of expatriates born in Pacific Island countries who do not identify as persons of Pacific Islands ancestry. In addition, as noted by Pryke, place of birth data masks the role of New Zealand as a waystation for migration to Australia from countries such as Tonga, Samoa and Cook Islands.

What are the headline trends? 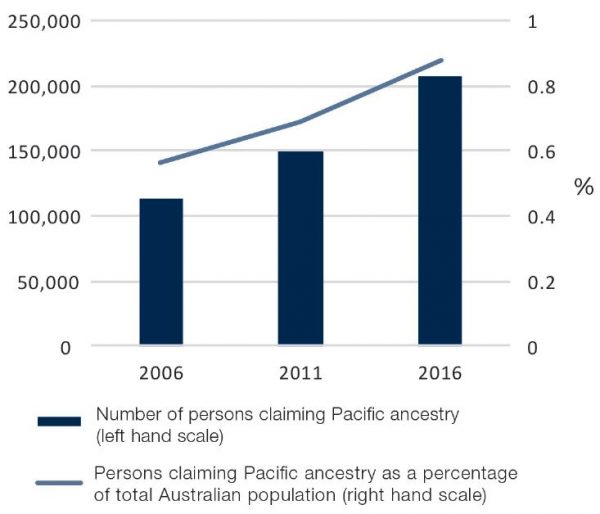 Source for all data: Australian Bureau of Statistics. 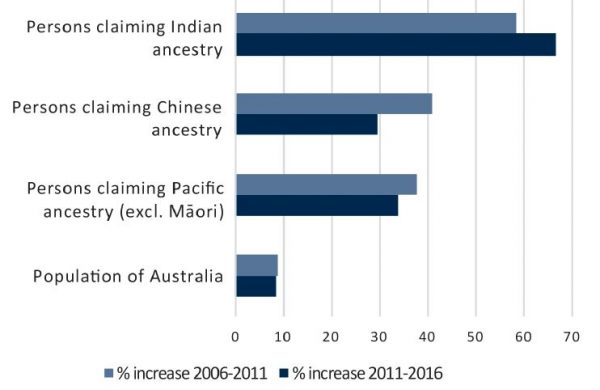 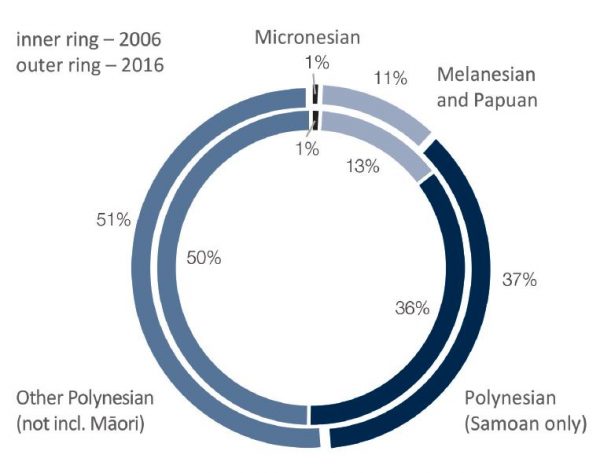 4. New South Wales is home to the largest population of people claiming Pacific ancestry, with just over 38% of the total, followed closely by Queensland with 34%. In NSW, western Sydney (Blacktown) and south-western Sydney see the highest concentrations of people claiming Pacific ancestry; in Queensland, the highest numbers are recorded in the Ipswich– Logan–Gold Coast–Beaudesert area south of Brisbane.

These are only the broadest trends observable from a comparison of the 2016 census data with that of 2011 and 2006. Clearly, much more detailed analysis is possible, and desirable, across a wide range of variables.

It should be noted that not all those who claim Pacific Islands ancestry may necessarily identify as part of a ‘Pacific Islands community’. Conversely, informal contact with Pacific community representatives suggests that there may be an element of under-reporting in the census; something that is suggested in, for instance, a Queensland report on Pacific Islander and Māori health needs. Accepting those caveats, what is striking about the census figures is less the strong growth in the number of those claiming Pacific ancestry in Australia than the relatively small number of those claiming Melanesian ancestry relative to those claiming Polynesian ancestry. It is striking indeed that fewer than 19,000 people in Australia claim ancestry from our nearest neighbour, Papua New Guinea, or that fewer than 1000 people claim ancestry from Vanuatu. (This is all the more remarkable given UN population estimates for Melanesia of around 10 million compared to less than 700,000 for Polynesia.) The Australian Government is investing in better people-to-people links between Australia and the Pacific. If there is any link between settler communities in Australia and Australia’s soft power in the Pacific (and this is admittedly a link that is poorly understood) then the 2016 census figures should give the government pause, and much food for thought. 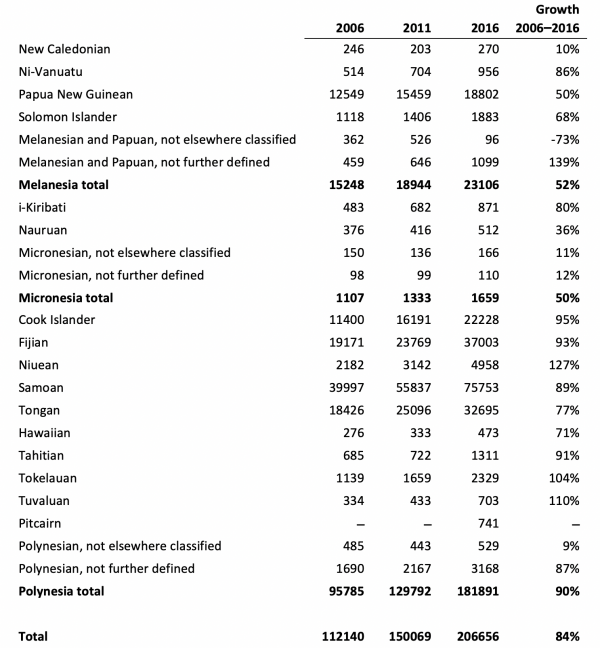 Note: Categories used in this table are those used by the ABS in the census.

James Batley is a Distinguished Policy Fellow with the State, Society and Governance in Melanesia (SSGM) Program. This post was originally published as SSGM In Brief 2017/23.

[i] The census codes ancestry using the Australian Standard Classification of Cultural and Ethnic Groups (ASCCEG), 2016.

[ii] Data on persons claiming Fiji-Indian ancestry were reported separately in the 2011 and 2016 censuses, but not in 2006, making this group’s inclusion in cross-census comparisons difficult.