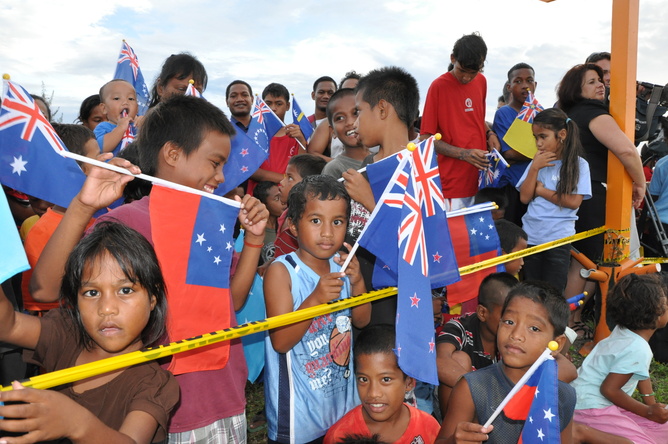 Labour mobility in the Pacific region has been recognised in recent years as a vital component of effective development in the Pacific. Yet little analysis has been conducted on those Pacific Islanders that have already made the leap to Australia. (By contrast there have been two major pieces of government funded research into the New Zealand context.)

A natural starting point for analysis of this kind is the census. For my analysis I have opted to use the variable of ancestry as opposed to place of birth. Place of birth is the better indicator if you are interested in tracing individuals who are themselves migrants. Ancestry is a better indicator to assess overall stock of ethnic Pacific Islanders in Australia. It matters a lot because place of birth excludes the New Zealand migration pathway to Australia (see Samoa and Tonga), and includes a lot of people born in Pacific Island countries (e.g. Australians born in PNG) who do not identify as Pacific Islanders.

Using this definition, Pacific Islanders in Australia still account for less than 1% of Australia’s total population. By contrast, New Zealand’s 2013 census shows people with Pacific Islander ancestry (not including Maori) made up 6.9% of the population.

While the Pacific is not an important source of migrants to Australia, Australia is still an important migration destination for some Pacific Islands. Of the 166,272 Pacific Islanders in Australia, 35% are from Melanesia, 64% from Polynesia and 1% from Micronesia. (A detailed table with the number of people from each Pacific state can be found at the end of this post.) We can compare these numbers with those of the populations of these three regions. The ratio of Melanesians in Australia to Melanesians in Melanesia is 0.7%; the equivalent ratio for Polynesia is 15.9%; and for Micronesia 0.2%.

The explanation is simple: the New Zealand route. As the table below shows, one third of Australian Pacific Islanders who identify as Polynesian were born in New Zealand. This is because many Polynesian countries have migration access to New Zealand, and thus Australia via our open border policy with New Zealand.

Another component of the story of Pacific Islanders in Australia is the young age structure of the Pacific population here. 42% of all people in Australia with Pacific ancestry are under 20 years old.

Population pyramid for people in Australia with Pacific ancestry 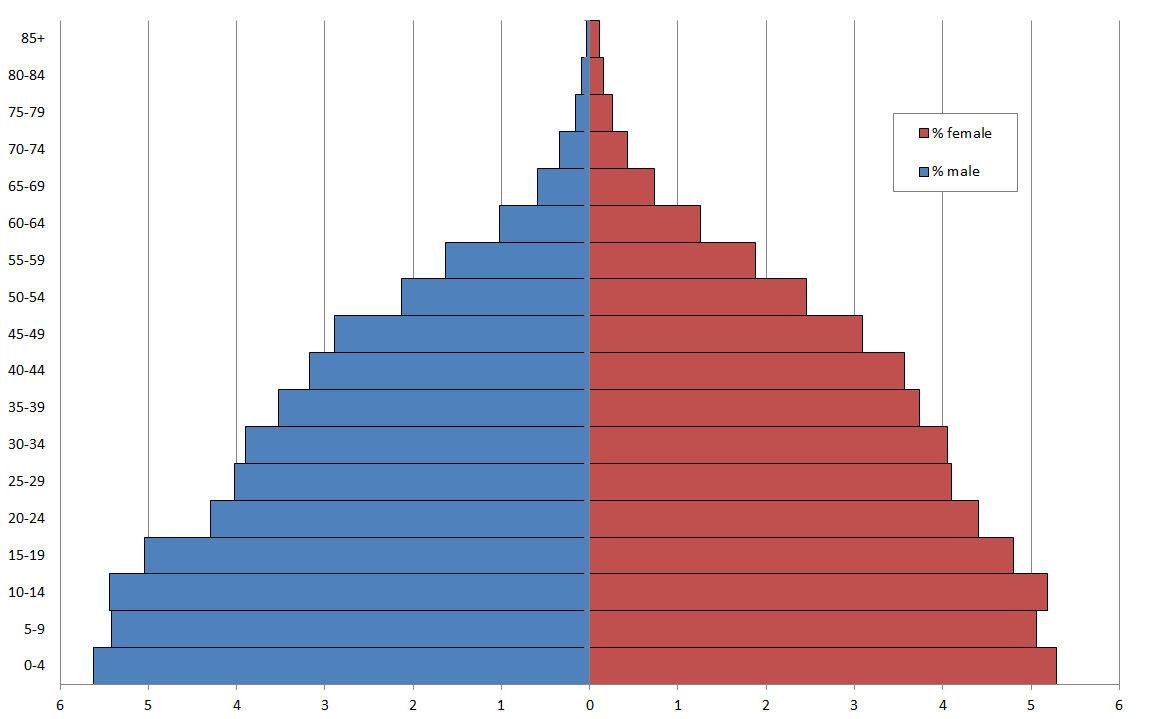 How is the population of Pacific migrants changing over time? The total growth of Pacific Islanders in Australia reflects an annual average growth rate of close to 6%. This is more than three times faster than the total Australian population growth rate of 1.6% in 2012. If this growth continued for 30 years, the Pacific population would be close to 3% of Australia’s total population, compared to under 1% today.

Note: Growth rate analysis in this post does not include ‘Fijian Indians’ (who accounted for about 10% of the Pacific Island population in Australia as of 2011) as they were not included as an ancestry category in the 2006 census.
Source: 2006 Australian Census and 2011 Australian Census.

It is also interesting to look back over a longer period, though we can only do this for some countries.

As can be seen, the growth rate for migrants from both PNG and the Solomon Islands has fallen over the past ten years, while Tonga’s has increased and Samoa’s has remained the highest in the region. The increase in the number of Samoans living in Australia over the last decade (almost 28,000) is almost twice the total number of Papua New Guineans living in Australia (15,500). As a result, the proportion of Polynesians among all Pacific Islanders is actually growing, and the proportion of Melanesians is shrinking.

PNG, Solomon Islands, Vanuatu, Kiribati, Nauru and Tuvalu. These are the six countries in the Pacific that have the fewest labour mobility opportunities, and are generally the poorest as well. Their share of the Pacific population in Australia has fallen over the last five years from 13.6% to 12.7%. The increase in the stock of migrants from these six countries over the last five years has been 770 a year on average.  That’s a drop in the ocean.

We need to get serious about offering labour mobility opportunities to those parts of the Pacific that most need it. New Zealand has been doing this for its former colony, Samoa, and other Polynesian countries over the last half-century. We have a long way to go to catch up.

Jonathan Pryke is a Research Officer at the Development Policy Centre. This post is based on his presentation at the 2014 Pacific Update. Presentation slides are available here. Read the second post in this two part series here.

Growth in Pacific Islanders in Australia 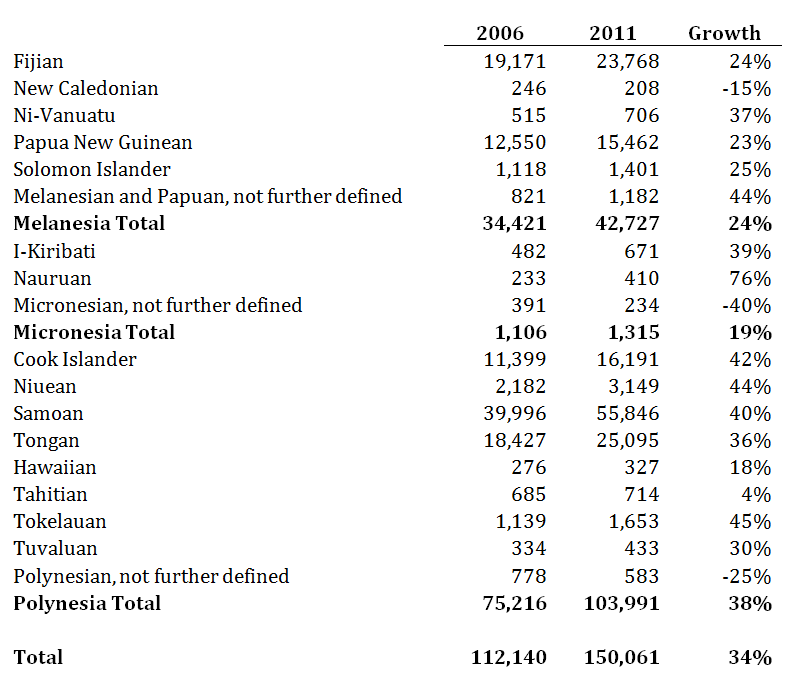 See here for an updated blog with 2016 census data.