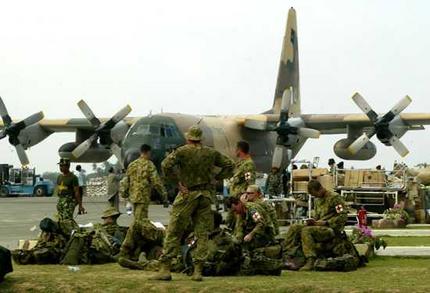 This is a guest post by the Australian Strategic Policy Institute (ASPI) and Foundation for Development Cooperation.

ASPI and the Foundation for Development Cooperation gathered together an Independent Task Force made up of distinguished Australians with deep experience in public policy, development, business and national security.

The report argues that Australia’s aid program should be better fitted to enhance Australia’s national security.

Australia’s aid program is likely to double in the next four years; the program will increase from its current level of 0.33 percent of gross national income to 0.5 percent of GNI by 2015-16. Our aid program should become a more important element in Australia’s security strategies. AusAID needs to be brought more into decisions about national security.

The Task Force recommends that:

Australia has a good international reputation for civil–military cooperation in the delivery of aid. Our experience of whole-of-government involvement in aid and emergency projects over the past decade has also built a valuable reservoir of regional knowledge and expertise across the Australian Public Service. What’s needed is a coherent strategy to enhance civil–military cooperation as the aid budget grows.