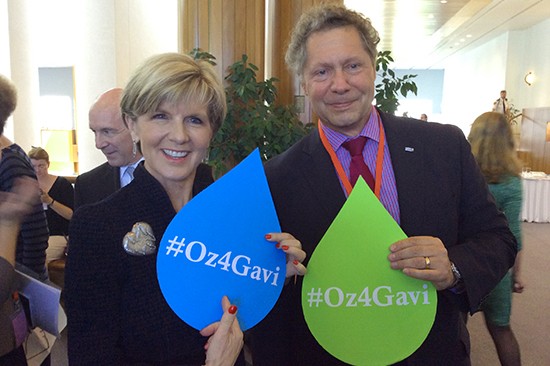 It was announced overnight that the Gavi Alliance has succeeded in its aim of raising US$7.5 billion in funding from sovereign and private donors to support its work over the five years from 2016 to 2020. A rather decent Australian contribution of A$250 million played its part in getting Gavi over the line.

Gavi was established in 2000 as a public-private partnership to increase the supply and affordability of proven, WHO-recommended vaccines to poor countries. To date, it has supported the vaccination of around half a billion children against common and potentially fatal diseases including rotavirus, pneumococcal disease, hepatitis B and meningitis A. Its interventions are estimated to have averted some seven million deaths, and it aims to reach a further 300 million children over the next five years, saving another five or six million lives.

In short, Gavi is not exactly a hard sell. What goes on under its bonnet, though, is quite complex. Gavi doesn’t just subsidise the provision of vaccines; it actively shapes global vaccine markets, bringing down prices through bulk purchasing and moral suasion, and drawing in new market actors, particularly from the emerging economies. It also raises and uses money in several unusual ways, not relying entirely on traditional ‘replenishment’ processes to fund its work. For example, part of its funding comes from the International Finance Facility for Immunisation (IFFIm), which issues aid-backed bonds in capital markets so as to front-load financing for immunisation programs and reduce future calls on aid budgets. Australia pledged A$250 million over 20 years to IFFIm under the previous government.

Saintly though Gavi might be, hitting or in fact slightly exceeding a US$7.5 billion funding target was no mean feat. Gavi’s first replenishment round, for the period 2011 to 2015, exceeded expectations but raised US$3.2 billion less than this second round. Moreover, the target set a year ago had become a receding goalpost given the recent muscling-up of the US dollar.

As for Australia’s contribution, it can fairly be described as quite generous. It is true but a little disingenuous to say, as Julie Bishop’s press release linked above does, that this new contribution is continuous with ‘our previous contribution to Gavi of $250 million over five years’. As we pointed out last October, the government actually tapered Australia’s contribution to the first replenishment cycle when it announced a one-year contribution of A$50 million for 2015. In mid-2011, foreign minister Kevin Rudd pledged A$200 million over three years. Maintaining this level of commitment through to the end of the funding cycle would have involved pledges of around A$65 million for each of 2014 and 2015. In effect, the government skipped a year and saved A$80 million.

Nevertheless, what were the options this time? A Rudd-consistent pledge of A$340 million or so, toward four per cent of the replenishment target, was hardly to be expected. Australia normally sits at under two per cent of any multilateral pie, and you only get one Kevin Rudd. A more likely outcome, one would have thought, was either a two-per-centish pledge somewhere well under A$200 million, or else a pledge of five times the 2014 pledge of A$50 million, discounted by 20 per cent to take account of the impending disappearance of one-fifth of Australia’s aid budget, which would have been exactly A$200 million. In the circumstances, then, A$250 million looks pretty good. Australia might fall a notch or two in Gavi’s donor league table [pdf], but will remain a top-10 donor as far as direct financial contributions are concerned. The fact that Australia has this time made a pledge for the full replenishment cycle will also be helpful for Gavi’s financial planning purposes.

Overall, the government is building up a track record of providing reasonably solid contributions to multilateral mechanisms. While it has not made any extravagant gestures, its contributions to the seventeenth replenishment of the World Bank’s concessional financing arm, the fourth replenishment of the Global Fund to Fight AIDS, Tuberculosis and Malaria, the sixth replenishment of the Global Environment Facility, the initial funding pool for the (plurilateral) Global Innovation Fund and, most surprisingly, the initial capitalisation of the UN’s Green Climate Fund, should have generated no rational disappointment within the institutions concerned.