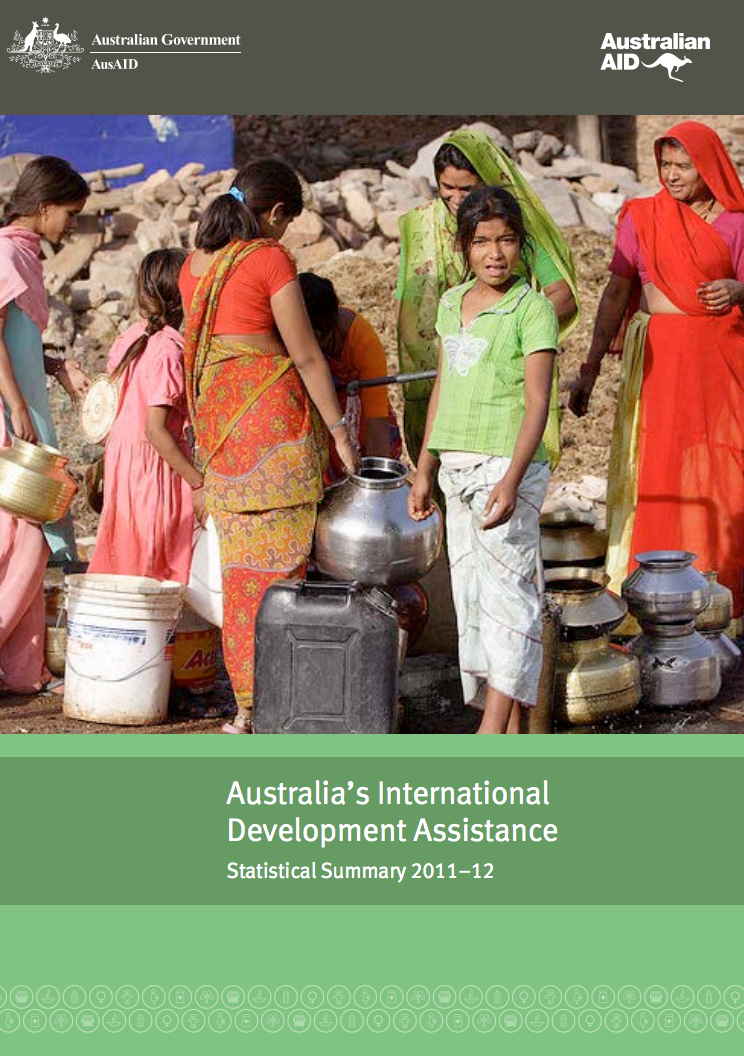 In a month that has been dominated by discussion over the quantity of Australian foreign aid, improvements to the quality of the aid program can easily be overlooked. On May 10 AusAID took another step forward in its transparency drive by releasing a statistical summary of the aid program for 2011-12, affectionately known as the ‘Green Book’. At more than 50 pages, it is packed full of information on the Australian aid program.

A detailed statistical breakdown of the aid program is vital for allowing external researchers to conduct their own analysis into the impact and effectiveness of the Australian aid program. The release is particularly welcome considering the patchy run that the Green Book has had at AusAID (it was delayed between 2006 and 2010 and wasn’t released at all in 2012).

Not only has the Green Book returned, but it has done so with some excellent changes. The book has been reformatted to align expenditure (down to the regional level) with the five strategic priorities outlined in the CAPF (it still reports to the DAC in the conventional ‘sectoral’ format, which is also covered in the book). It also provides a breakdown of funding into 14 thematic areas identified as priorities by AusAID (though it is not clear how these themes were chosen). Other Australian government departments are also incorporated for the first time. Most importantly, AusAID has provided the accompanying time series data (some of which goes as far back as 1974-5) in its entirety in excel format, vastly improving accessibility for external data manipulation and analysis.

We will be releasing more analysis using the data provided in this publication in the coming months. But just to give you a little taste, check out the interactive graph below, tracking total volumes of ODA by all Australian aid recipients since 1974-5 (only viewable on your web browser). To view more interactive time series data (and to see a larger version of this graph) take a look at this dedicated webpage that I have created (which I hope to update with more charts in the months to come).

What else can be done

These are all positive changes. That said, it wouldn’t be a post from Devpolicy without a ‘but’. Here are a few features we hope to see in the Green Book in the future:

This feedback aside, the Green Book is an excellent addition to the increasing amount of public information available on the Australian aid program and the AusAID statistics department should be congratulated for their efforts. We look forward to watching the Green Book’s further evolution in years to come.