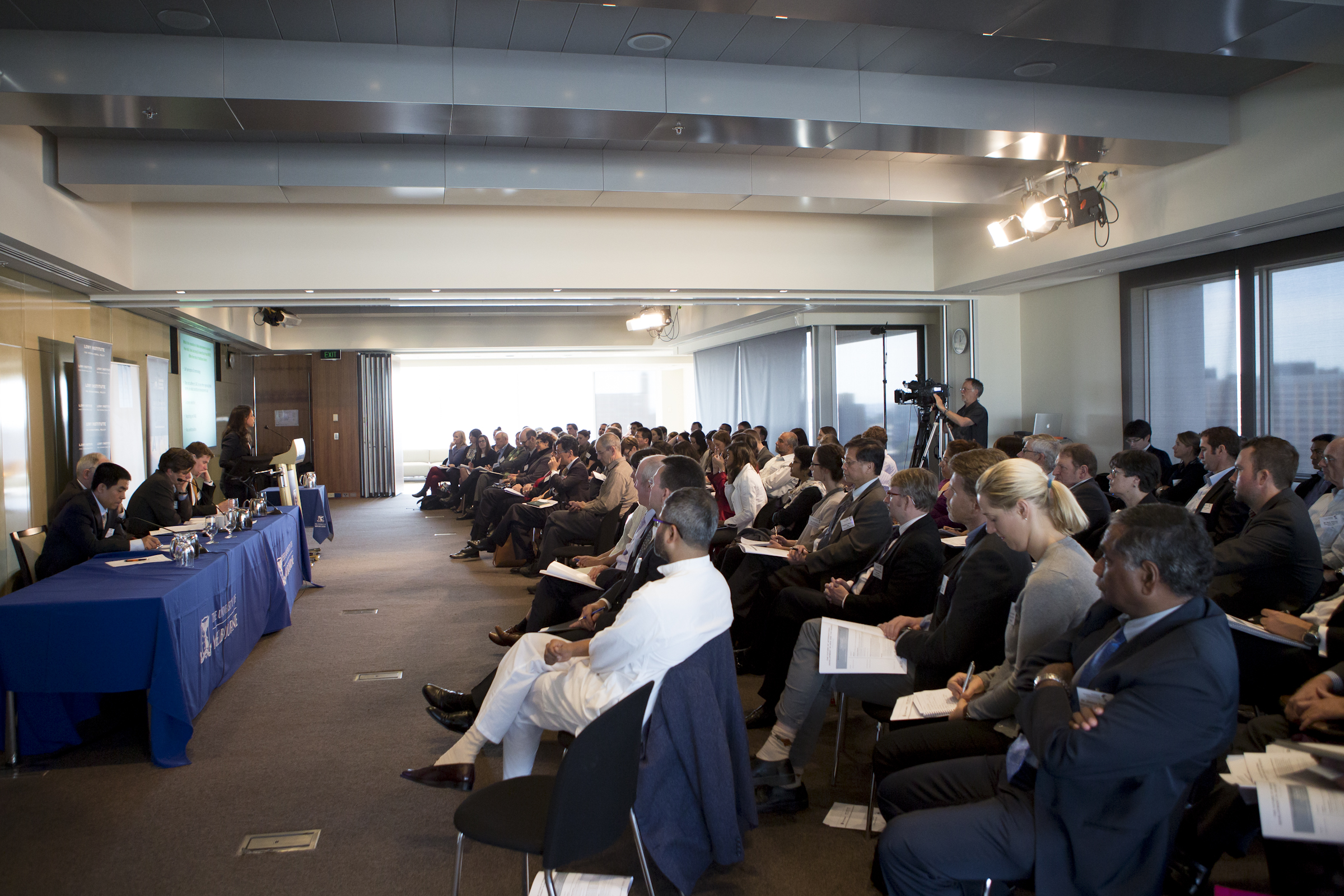 A new aid order in the Asian Century

The future of ‘traditional’ aid is increasingly and rather suddenly in question. Why? Several reasons: rapid transformations in the global economic and political order, the growth and diversification of private financial flows to developing countries, and the emergence of climate change as a new and major draw on scarce international public funding. These factors have been prominent in UN-led discussions about the post-2015 global development framework. Perhaps more importantly, they are already beginning to influence the way in which bilateral and multilateral development organisations articulate their mandates and structure their operations.

Only a few years ago, until the onset of the global financial crisis, development agencies were engaging in very little self-examination. If any one thing flicked the switch, it was Asia’s resilience in the face of the financial crisis, and its continued surging growth since that time. The scale of that growth over the coming decades will make it the world’s biggest economic zone, increasingly able to address its own poverty challenges and contribute to poverty reduction elsewhere. However, Asia’s growth is neither uniform nor inclusive of the Pacific island countries, many of whom continue to struggle with poverty, conflict, and governance challenges.

Against this background, the Australian National University’s (ANU) Development Policy Centre, The Asia Foundation, the Lowy Institute for International Policy, and the University of Melbourne jointly convened a conference on ‘The Future of International Development in Asia and the Pacific’ at the University of Melbourne on May 10, 2013. This conference brought together a diverse group of thinkers to discuss the future of aid and development in the region, looking beyond 2015. Our aim was to make a distinctly regional contribution to a global conversation.

The two keynote speakers framed the discussion with a global and a Pacific perspective. Alison Evans, until recently director of the UK-based Overseas Development Institute, spoke on global development progress and the emergence of new actors in development cooperation, heralding a new ‘age of choice’ for developing countries, but also the persistent challenges of global poverty and inequality. Director General of the Secretariat of the Pacific Community, Jimmie Rodgers, highlighted the numerous constraints on the development of the Pacific island countries, calling for a reconsideration of the country-based architecture of aid and a shift toward support for ‘shared sovereignty’. He also said that while there are disadvantages in being bracketed with the powerhouses of Asia, there should be increasing opportunities for South-South cooperation, perhaps encouraged and facilitated by Australia.

Subsequent discussions were organised around three broad topics: the rise of Asia and the future of aid; aid and international public goods; and the evolving international development agenda.

The rise of Asia and the future of aid

In 1990, more than half the population of Asia was living in extreme poverty; by 2015 the proportion will be less than 10%. Instead of almost one billion Asians being trapped in extreme poverty, the number will drop to 160 million. What does this changing face of poverty in the Asia-Pacific mean for the future of aid? And with Asia the source of 60% of the world’s growth by 2015, what role will it play in addressing poverty? The Pacific islands tell a different story. There, development progress has been much slower and many people continue to face chronic poverty of opportunity.

AusAID’s Rod Brazier stressed that, despite gains in poverty reduction and economic growth, large pockets of poverty, tenacious subnational conflicts, fragile states, and the growing impacts of climate change demand attention and resources throughout the region. He said that AusAID recognizes that  sources of finance and budgets are growing rapidly across the region. In most of Asia, aid dollars make up a shrinking proportion of the total resources available for development. Therefore, Australia’s strategy is to use aid to leverage countries’ own capabilities and resources, supporting sound policy planning and public financial management to address critical challenges. 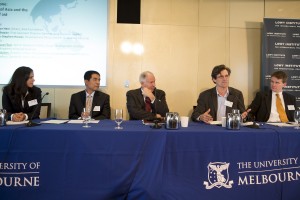 While aid might be diminishing in significance in Asia, it is still a major factor in the Pacific islands region, with the highest per capita aid levels in the world. As the ANU’s Stephen Howes argued, Australia, as the region’s largest aid provider, must change its narrative about the Pacific to be less about aid and more about how Pacific island countries can achieve greater regional and global economic integration. For its part, Australia could do much more to extend privileges to Pacific island countries, including taking more effective policy measures to promote labour mobility. At the same time, Howes said, Australia should be less shy about highlighting aid as one strand of its relationships with Asian countries. Aid remains an important, in fact unique, tool for addressing persistent problems at the national and regional levels in Asia, yet barely rated a mention in Australia’s 2012 Asian Century white paper.

China and India, the region’s economic and political giants, face large pockets of poverty and rising inequality. While acknowledging this, neither sees foreign aid as vital part of the solution. Tongquan Sun of the Chinese Academy of Social Sciences commented that while Chinese youth leave poor villages in search of jobs in the cities, older, rural-based relatives may see less benefit in participating in some donor-supported development projects, preferring to rely more on remittances. In fact, China and India are now emerging as game-changing donors in the region and beyond. While there are no accurate measures of aid-like flows from these countries, Chinese assistance has been estimated to be growing at 30% per annum, and its aid-like outflows are probably now slightly larger than Australia’s, while India’s assistance has quadrupled in the last decade and now stands at around $1.3 billion a year in terms of grants and loans.

Panelists also explored challenges and responses in the fields of infectious disease control, climate change mitigation, regional infrastructure, and the management of common-pool resources such as oceanic fisheries. In all these areas, country-specific development assistance has a role to play but cannot provide solutions; collective action, supported by aid, is needed. As part of this, the region’s emerging economies will need to play a major role in meeting these challenges, in partnership with traditional donors. The prospects of the poorest and most vulnerable countries of the region will in large part depend on the success of their joint efforts. 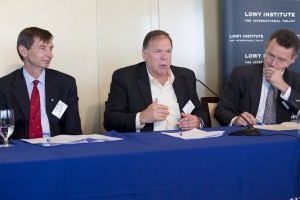 Finance, inevitably, was at the heart of the discussion. To address the global-scale challenge of climate change mitigation, a great deal of international public finance will be needed – yet it will only ever be a small part of the picture. As Warren Evans of the World Bank argued, public funds will have to be used to mobilise private investment, including through risk mitigation – and they would logically be used where the environmental impact is greatest, in the growing ranks of high-emitting, middle-income countries. Realistically, aid budgets will likely supply most international public finance for climate action, thus greatly amplifying previously existing tensions between the use of aid for poverty reduction in poor countries and its use for the provision of global public goods. And this will be happening at the same time as the number of low-income countries eligible for concessional financing from the multilateral development banks, and other sources, rapidly dwindles. For better or worse, the dominant aid narrative could buckle under the strain.

The importance of collective action at the regional level, as distinct from the global level, was also highlighted. Kazu Sakai of the Asian Development Bank held up cooperation on regional infrastructure in the Mekong Basin as one success story in this area. Dermot O’Gorman of WWF-Australia highlighted the importance and urgency of better regional cooperation in the management of the tuna fisheries of the Pacific, and also spoke on the progress of the Coral Triangle Initiative, which involves cooperation between six Asia-Pacific developing countries, supported by development agencies. While regional cooperation will often be more feasible than global cooperation, it’s not easy; successful examples are rare, and support from development agencies for regional cooperation initiatives is patchy, given that their standard approaches and internal incentives tend to point them firmly toward country-specific interventions.

The final session of the conference considered how the changing global context for aid might play out in the discussions on the post-2015 global development framework.

A substantial challenge in itself is the massive expansion of the development ‘community’ over the past decade. Participants in the international development debate have expanded to include actors ranging from aid recipient countries, traditional donor countries, and multilateral organisations through to the emerging economies, major philanthropic organisations, private sector bodies, universities and think tanks, and civil society organisations. This, and in particular the ongoing transition of countries like China and India from aid-recipient to major-donor status, has resulted in varying, and at times conflicting, aspirations for the post-2015 agenda. 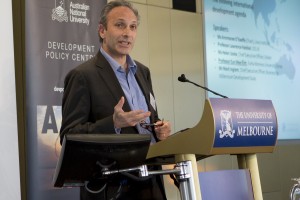 According to Lawrence Haddad of the University of Sussex’s Institute of Development Studies, the MDGs possess a ‘singular coherence’ which will be difficult to replicate from the present position of ‘pluralistic cacophony’. One thing is clear: the goals that succeed the MDGs cannot be goals for aid, or goals for aid donors. Rather they must be development goals that all countries can buy into and act upon, whether individually and collectively.

Overall, it was clear from our discussions that a ‘new aid order’ is not merely on the horizon, but is already fast emerging in our dynamic region, as in the world. China and India, whether old or new players in development, are quickly assuming major significance as donors. The philosophical underpinnings of their aid programs should not appear as new or strange to traditional donors, but are at substantial variance with the current orthodoxy of aid effectiveness.

Global challenges, and particularly the threat of dangerous climate change, are making increasing demands on international public finance, muddying the conventional rationale for aid, and calling into question the dominance of narrowly country-based resource allocation and aid delivery processes. At the same time, the conventional rationale for aid is relied upon all the more heavily in periods of fiscal belt-tightening.

The aid community is living in interesting times – an age of choice, but also an age of uncertainty about missions, goals, and methods. Aid is likely to become more, not less, prominent as an element of international policy in the ‘Asian century’ – because the economic engines of Asia will make it so.

Graham Brown is Director of the Nossal Institute for Global Health at the University of Melbourne, Robin Davies is the Associate Director of ANU’s Development Policy Centre, Anthea Mulakala is The Asia Foundation’s Senior Advisor for International Development Cooperation based in Kuala Lumpur, and Annmaree O’Keeffe is a Research Fellow at the Lowy Institute for International Policy. Read more about the event, including a background paper and full list of speakers. The views and opinions expressed here are those of the individual authors and not those of The Asia Foundation.