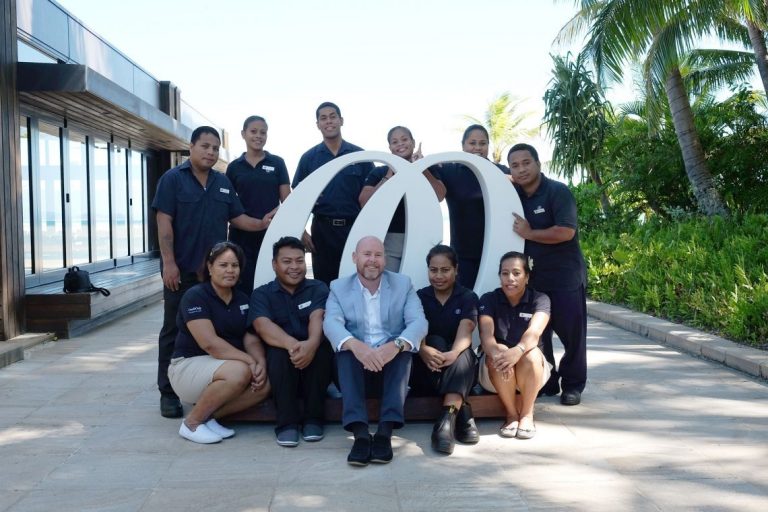 Australia’s Pacific Labour Scheme (PLS) provides opportunities for investment in Pacific economies via remittances earned through workers’ participation in the program. At Pacific Trade Invest Australia (PTI Australia) we seek to support these investment opportunities by capitalising on the strong networks and skills that have been built over 40 years working in the Pacific region.

Seeing the growing importance of labour mobility to the Pacific Forum nations, in consultation with the Pacific Islands Forum Secretariat and DFAT we broadened PTI Australia’s remit to include labour mobility as one of our four key strategic areas alongside trade, investment and tourism.

The foundations were laid in June 2015 when the Australian Government released its White Paper on Developing Northern Australia from which the Northern Australia Worker Pilot Program was established to help address the issue of building a sustainable workforce in Australia.

During this program, PTI Australia facilitated recruitment missions to Kiribati that saw Hayman Island Resort as the first enterprise to sign up for the pilot program and 32 i-Kiribati recruited to work at the resort in 2016. This marked the beginning of a new chapter for the Pacific, and for PTI Australia.

Reflecting on the PLS

The PLS is an initiative with a multitude of moving parts across Australia and the Pacific. Much has been said and written about its first year of operation, but as authors Stephen Howes and Holly Lawton noted in a 2019 article – a year is simply not long enough to judge.

However, the Scheme’s benefits for businesses are clear:

Through the PLS, Hayman Island Resort was able to reduce annual staff turnover from 130 per cent to just 8 per cent and continues to recruit staff through the PLS.

For global businesses such as hospitality brands operating in Australia and the Pacific, the PLS facilitates the employment of workers across both regions to create longer-term employment opportunities and overall workforce stability.

Another major benefit of labour mobility is remittances. A 2017 World Bank impact evaluation found the average Pacific seasonal worker remits around A$2,200 over their six-month stay in Australia, and transfers A$6,650 in savings home at the end of their employment. These remittances can create business and investment opportunities in local Pacific economies.

The dollar value may seem small from an Australian earnings perspective; however, there are demonstrated impacts from the incomes earned and professional experience gained.

For example, the opportunity to work at Hayman Island helped cook Tuilevuka Teaoti put his culinary training into practice and send money home to his wife and children who reopened their corner store in their remote village in Kiribati.

I also caught up recently with Kaipati Rimatu, who returned to Kiribati after concluding his three years as part of the PLS. Kaipati’s personal and professional growth over the three years is incredible. He started as a stewarding attendant, was promoted to a porter, and gained his Certificate III in Hospitality. His remittances enabled him to support his family while working in Australia as well as giving them the means to save for his ‘dream home’ in Kiribati. Back in Kiribati, Kaipati says he is using his new skills in his youth work and is looking at some exciting projects in the next year.

The experiences of people like Tuilevuka and Kaipati and their families continues to fuel the great belief I have in the future of the PLS, and drive the work we are doing to expand it among Australian employers.

While there are currently more than 80 approved employers participating in the PLS, I’m confident we’ll one day see this number in the hundreds (as I write this, the PTI Australia team is working with six employers to compile their submissions to become approved employers).

In our conversations with Australian employers across regional and rural Australia, there is strong interest among industries experiencing labour shortages – particularly hospitality, tourism, aged and disability care, and agribusiness.

It’s my hope that these workers will take the experience and financial benefits gained in Australia back to their home countries – taking up higher job positions, continuing their education, investing in their economies, and maintaining and protecting the unique environment and cultures of the Pacific.

As noted by Vanuatu’s Foreign Minister, Ralph Regenvanu, during last year’s sixth Australia Vanuatu Business Forum – any opportunity for Pacific workers to build their skills and qualifications while being rewarded financially is a good thing.

Personally, the PLS is one of the greatest initiatives I’ve witnessed in more than 20 years working across the Pacific. While there is still much to be done, we must adopt a long-term view and give it the time and support it needs to achieve its potential.