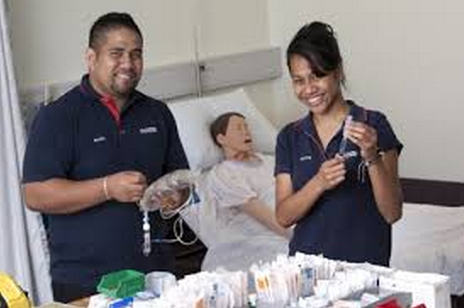 Like most Pacific Island countries (PICs) Kiribati faces its fair share of development challenges – smallness, isolation, a constrained private sector, high youth unemployment, rampant population growth, a heavy reliance on imports and the list goes on. Alhough Kiribati is unique. Unlike the Melanesian countries to its southwest, as a group of low-lying coral atolls it lacks scope for primary industry development. It also lacks the same access to regional labour markets that the Polynesian countries and its Micronesian neighbors have through access quotas and free association with ANZUS (only 75 I-Kiribati are permitted annually through New Zealand’s Pacific Access Category). On top of this, it is one of the most vulnerable island groups in the Pacific to sea level rises, as Nic Maclellan previously explored in a Devpolicy blog here.

With this in mind, in 2006 the Australian Government offered Kiribati a helping hand. It came in the form of a pilot program providing support for up to 90 students to train in Australia over an eight year period. Why nurses? With an ageing population, Australia was and still is set to experience a severe shortage of qualified nurses by 2025, despite this demand dampening post-GFC. It has also had the added benefit of offering opportunities to I-Kiribati women who face a dearth of education and employment opportunities relative to their male counterparts.

It was a modest gesture on Australia’s part. Even the original design document admitted as much – suggesting that it would increase the employment rate of school leavers by a mere 1.5% annually, not a great deal for a country with a population of 100,000. It was nevertheless welcomed as a chance to start addressing the severe development challenges outlined and diversify the remittance base, which has traditionally been and still remains largely reliant on seafarers.

Fast-forward eight years and 84 students have taken up a KANI award, $18.8 million dollars has been spent and an independent review of the scheme has been released.

Do the benefits outweigh the costs?

The main objective of KANI was to ‘educate and skill I-Kirbati youth to gain Australian and international employment in the nursing sector.’  It’s still a little premature to give a complete assessment given many in the third cohort are still studying, but here’s an overview of the results to date.

Table 1: Employment status of KANI students in Australia and New Zealand (as of 12 March, 2013)

Once the third cohort have finished their studies it is expected that ‘sixty eight students will have graduated – 64 as registered nurses, 3 as social workers and 1 with a Bachelor of Human Services.’ The best-case scenario is that all 64 of these will find full-time work as registered nurses in ANZ. This is highly unlikely; however, even if half of these were to find work abroad, the scheme would be substantially more effective in achieving the outcome of international employment than comparative schemes across the region. A mere 1.2% of all Australia Pacific Technical College (APTC) graduates now reside in ANZ, for example. KANI is more successful because they are able to establish connections with potential employers. Graduates intending to stay are able to apply for a Graduate Skilled Migration visa (485) and in the meantime can work full-time on bridging visas. They are supported through this process. With APTC, there is no specific targeting or support provided to access international jobs.

The benefits of these nurses working abroad are clear. Aside from the future income of KANI nurses, there is the likely multiplier and poverty alleviation impacts of remittances and the productivity enhancements of knowledge transfers in the health sector. However, do these benefits outweigh the cost of training each KANI nurse? And the costs are significant. If the total cost of the scheme is weighed against the number of graduates that will become nurses, this equates to approximately $290,000 per registered nurse ($18.8 million / 64 nurses). As the following table shows, the average cost for each qualification is also high. The question must be asked, why are they so expensive to educate?

For starters, Australia is the most expensive country in the world for international study. This certainly doesn’t help, but there are other factors which contributed to the cost blow out. There was an insufficient use of stop/go points in the program. This meant that students who failed subjects were supported in time (and at extra cost) to repeat failed subjects, some 31 students in total. The fact that Griffith University was managing the contract meant there was an incentive to push students through to Bachelor of Nursing Studies as well, given the extra tuition fees obtained from doing so. Furthermore, there have been a disproportionately high number of student pregnancies. In total, ’27 babies were born to KANI female students from 2010 to 2013.’ This compounded the cost per student as ’18 of the 27 students who had pregnancies required extra time for failed or withdrawn subjects and rescheduling of clinical placements.’

Given the associated costs, the independent review determined that under the ‘worst case scenario’ (which it highlighted as the most realistic), the returns from the program are only marginally positive.

What are the alternatives?

KANI is an extremely high cost program especially when weighed against the employment outcomes so far. Part of this came down to the design of the program and the level of student pregnancies, but ultimately Australia is and will remain an immensely expensive destination for tertiary education. How can Australia allocate $2-3 million of expenditure a year to more effectively address the issues Kiribati faces?

There are many options, several of which are suggested in the independent review. The suggestion of increasing places for the Australia Pacific Technical College (APTC) and the Kiribati Institute of Technology (KIT) will not achieve the intended outcome of ‘Australian and international employment.’ As highlighted only 1.2% of APTC graduates successfully migrated to ANZ. The largest underlying issue is the cost of attaining skill recognition, which currently deters APTC graduates. The review recognised this and suggested a logical alternative would be to spend the money furthering APTC links with employers internationally.

The review also suggested increasing Australia Development Scholarship (ADS) awards, but this misses the mark. ADS awards though cheaper than KANI awards are still highly costly. The review itself suggests that KANI students only receive $41,000 in additional support compared to ADS students by one measure. Meanwhile, the suggestion of upgrading the Kiribati School of Nursing to deliver diplomas in nursing to Australian standards is a good one – though the feasibility of this would require a separate study all together.

Other alternatives not mentioned in the review could be to train I-Kiribati nurses in nursing colleges in the broader region. The Philippines is one country which successfully educates nurses in-country to a high standard and has a proven track record of delivering international employment outcomes. Many nurses could be trained in the Philippines for the same cost of training one in Australia. Another option would be to open up a quota for I-Kiribati to immigrate for Australia in the same way that New Zealand has through its Pacific Access Category, offering them the same access to HECS-HELP that Australian students receive.

Should KANI be extended beyond 2014?

KANI is one of the few labour mobility initiatives that has truly delivered on its goal of delivering Australian employment. It would therefore be unfair to write it off prematurely, but the associated costs at present are too high to justify its continuation. For an expenditure of $2-3 million annually, the Australian Government should be able to achieve more than an average of 8 registered nurses per year. Given the severe development challenges Kiribati faces and its current lack of access to regional labour markets, it deserves a cost effective labour mobility scheme that delivers outcomes for many I-Kiribati. KANI points the way forward, but is clearly not the answer itself.