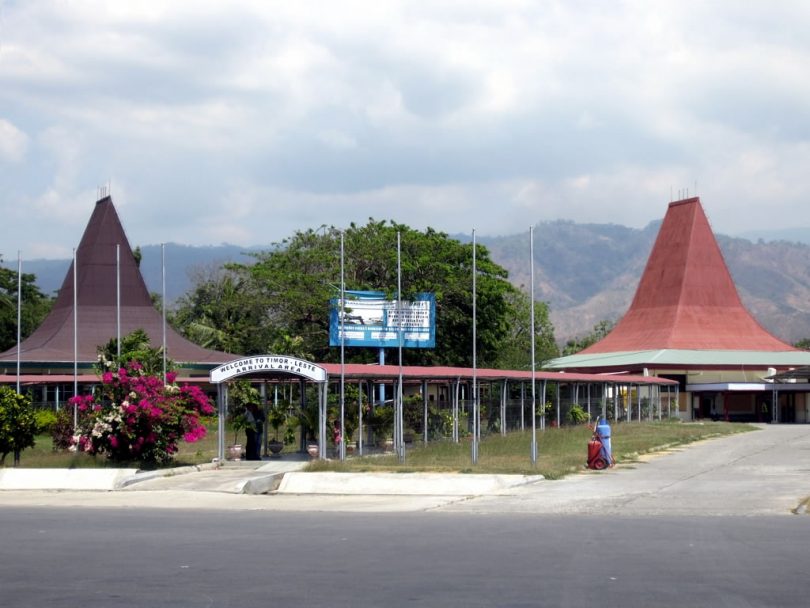 Dili's struggling airport is one of four international airports in Timor-Leste (Credit David Stanley/Flickr CC BY 2.0)

Since its independence in 2002, one of the greatest challenges to development in Timor-Leste has been its inaccessibility. While tourism has long been touted as a potential engine for jobs and economic growth, the expense and inconvenience of getting to Timor (presently flights are only available from Darwin, Kupang and Denpasar) has largely stopped this from happening. Although the construction of new roads is slowly making land journeys easier, regular domestic air travel is limited to state-owned/foreign-operated domestic aircraft and a versatile air ambulance/charter service run by the intrepid men and women of the Missionary Aviation Fellowship.

Given the need for a functional aviation industry in Timor-Leste, it is disappointing that more progress has not been made in building one. While there have been some positive steps, including the training of technicians and pilots, the establishment of a small air service in late 2018 (which seems to have folded after a crash) and allocation of US$12.55 million in 2019 to various programs intended to enhance existing airfields, policy making in this area has often been ineffectual.

What Timor-Leste needs is a single high-capacity international airport within driving distance from the capital, connected to a network of well-maintained, appropriately scaled, all-weather regional airfields able to reliably facilitate tourism, business travel, and medical evacuations. What it has instead is no less than four ‘international’ airports – Dili, Baucau, Suai, and the recently inaugurated Oecussi –, only one of which is known to currently host scheduled international flights. Other regional centres have had to make do with sometimes dangerously rundown airstrips.

Of Timor-Leste’s four ‘international’ airports, Dili alone regularly receives aircraft from abroad. In 2017, Air Timor, which had operated a once profitable route to Denpasar, had to cancel it amidst bitter allegations it had been set up to fail as part of a political vendetta. In March 2019, Air Timor also had to cancel the Dili-Singapore service it had operating under a charter agreement with Silk Air. As a result Timor-Leste now has only three international destinations. One, to Denpasar, is operated as a monopoly by airlines belonging to the Garuda Group. Another, to Darwin, is operated by Air North. Both charge more than is typical for airfares in the region. More happily, flights from Dili to Kupang in Indonesian Timor have just begun and media reports suggest a service to Hong Kong may commence in the near future. The Timorese politicians who have been instrumental in making this happen are to be congratulated for their initiative. It can only be hoped both prove viable.

One issue standing in the way of this is that the runway at Dili is considered too short to safely operate all long-range passenger jets. Extending it, while possible, would be a major undertaking. A recent (and still in the balance) Japanese supported initiative to upgrade the airport does not include a runway extension.

Timor-Leste’s other option for an international gateway is the Portuguese built airport near its second city, Baucau. If rehabilitated, it is long enough to service any passenger aircraft. In the past it was used for military and logistical purposes. The crash of a Russian cargo plane there during the UN period, though tragic, was found to be due to crew error. Now, though a potentially safe high capacity airport, Baucau is mostly unused.

As it happens, Baucau is also a world-class tourist destination, sitting on a breezy ridge above a spring-watered forest and a coral filled sea. Australians of a certain age fondly recall flying in on a Trans Australia Airlines flight from Darwin, and in the 60s and 70s it was the centre of a growing tourist industry. The trip to Dili is scenic and, with a good road, could be done in closer to two hours than three. It can only be hoped that a recent press release from the Timor-Leste’s Council of Ministers announcing the ‘beginning of negotiations with the Government of the United States of America for the development of Baucau airport’ heralds action soon.

The unresolved problems with Timor-Leste’s international airports in Dili and Baucau makes the development of two more in Suai and Oecussi, largely by an Indonesian state controlled company, Waskita Karya, harder to understand. Though the two airports seem to be well-built they are seemingly in excess of requirements for lightly populated and overwhelmingly rural areas. While the plans to make both Oecussi and Suai hubs of economic activity are ambitious, serious questions, have been raised about how realistic and appropriate they are. And though both needed safe airfields, building facilities specifically designed to receive passenger jets from abroad could be seen as a questionable use of funds that are needed elsewhere.

Hopefully my judgement here will be proved wrong and planes from all over the region will be landing in Suai and Oecussi soon. Flights from Indonesia’s neighbouring Nusa Tenggara Timur would seem to be a possibility, especially now that the Dili-Kupang route has commenced, although in themselves these would not justify the scale of the facilities constructed. It can only be hoped that solid details soon emerge on how these airports will prove themselves to be a good investment.

International airports look like development, an indicator that a country has arrived. However built without a transparent and evidence based business case, and in places where the population still has critical and unmet basic needs (notably relating to nutrition, health and affordable domestic transport), it is hard to argue that they are a good use of public money.

Clarification 26 August 2019: According to information recently received, development of the airports in Suai and Oecussi is largely being undertaken by two, not one, Indonesian state controlled companies, Waskita Karya and Wika. Thank you to the reader who pointed this out.