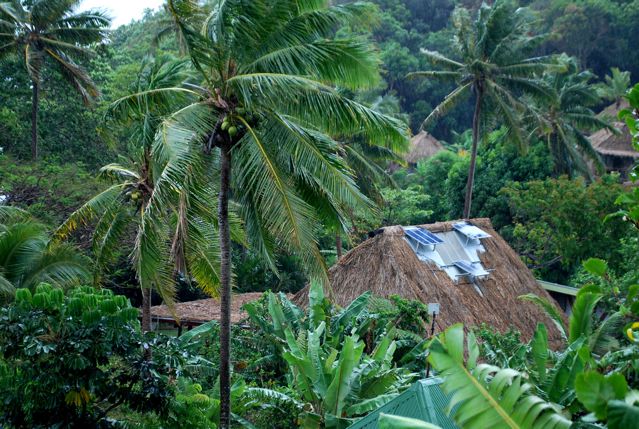 In under a week, the 23rd Conference of the Parties (COP23) of the UN Framework Convention on Climate Change will be held in Bonn, co-hosted by Germany and Fiji. The president of the conference is Fiji’s Prime Minister, Voreqe Bainimarama, who has urged the global community to establish more ambitious targets to curb greenhouse gas emissions.

Fiji has been actively engaged in global efforts to reduce carbon emissions. It was the first country to ratify the Paris Climate Change Agreement. The Bainimarama government has pledged Fiji to transition completely to renewables-based electricity by 2030. Fiji’s Nationally Determined Contributions (NDC) commitment within the Paris Agreement includes the 2030 renewable energy (RE) goal plus an economy-wide 10% reduction of CO2 emissions for energy efficiency (EE) compared to business-as-usual. For Fiji and nearly all other Pacific Island Countries (PICs) NDC goals are flexible, voluntary and dependent in part on external assistance. However, independent of the NDC, the Fiji Electricity Authority (FEA) has committed to at least 90% renewable energy by 2025 and the Global Green Growth Institute is assisting with government plans to achieve 100% electricity from renewables by 2035.

Fiji’s targets are ambitious, but a well-focused program of policies, regulations, finance and action, could achieve them. Positive steps underway include modest World Bank support for concessionary loans and guarantees for sustainable energy, minimum energy performance standards and labeling for refrigerators and freezers, and tax exemptions for renewables including biofuel. Within the 2017-2018 budget, electric and hybrid vehicles have zero fiscal and import duties, duties for hybrid vehicle batteries are reduced from 32% to 5%, and investment requirements are reduced for electric vehicle charging stations. Since 2012, commercial banks must hold 2% of deposits in RE loans. The budget also includes FJD320 million (USD160m) for climate adaptation and mitigation. A private 12 MW biomass energy system begins operating in 2018.

However, additional actions are needed to reach the targets. Most of Fiji’s planned emission reductions are from the power sector. The government-owned FEA has extensive grids, access to varied energy resources, and 90% of the population is electrified. Hydropower dominated FEA generation from about 1983-2001. RE, including biomass and small amounts of solar and wind, subsequently dropped to 49% in 2006, increased with new hydro, but again declining to 55% in 2016. New investment is needed. 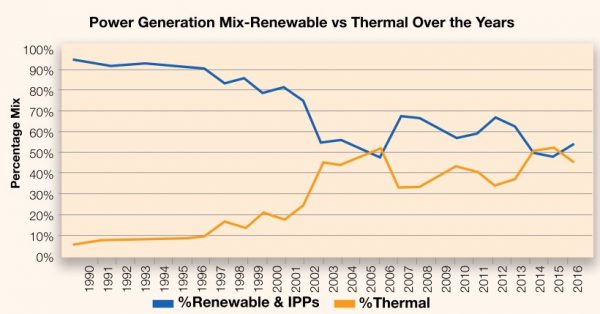 Additional funding is planned through FEA privatisation. Parliament has recently approved an Electricity Act 2017 to address future needs, emphasising partial privatisation and external regulation through the Fijian Competition and Consumer Commission (FCCC), which already sets tariffs. Privatisation carries risks as investors in FEA may favour petroleum-fueled investment with its lower-upfront costs, particularly as the Act promotes lowest-cost generation, considering only “possible generation from renewable sources.” Furthermore, self-supply (e.g. by RE) can be disallowed if FEA is “disadvantaged”, and there is no incentive for EE investment even if it is cheaper than new generation. However, the government will be the majority shareholder. If it and the regulator (FCCC) interpret and implement the legislation to be consistent with NDC goals, the emissions growth rate could decline substantially.

Another issue for Fiji to consider is the balance between RE and EE investments. The International Renewable Energy Agency (IRENA) and the International Energy Agency (IEA) argue that investments balanced between RE and EE can drastically reduce carbon emissions. Fiji’s draft 2013-2020 national energy policy notes that “energy efficiency is highly cost-effective, but achievements in Fiji have been minimal.” There are excellent opportunities for reducing industrial, transport and building energy use, reducing requirements for new generation. Nonetheless, improving economy-wide EE by 10% could prove difficult. It is far more difficult to implement and maintain savings from hundreds of EE actions than to provide new supply. A 2014 study estimated that buildings consume 36% of Fiji’s commercial energy and recommended incorporating minimum energy use standards into the building code, potentially reducing emissions for building lives of 30-50 years. Objectives of a draft Overview of a 20-Year and 5-Year National Development Plan include “a resource-efficient, cost-effective and environmentally-sustainable energy sector” and fuel efficiency standards for land transport. According to a 2015 IRENA report transport consumes 64% of total imported petroleum (land 16%, air 26% and marine 22%; apparently including re-exports and bunkering) although an earlier study concludes that land dominates retained transport fuel use. Better data are needed to estimate practical EE potential.

Power utilities plan a decade or more ahead for large investments that will operate for over 30 years and require clarity in government policies and regulations as well as accurate demand forecasts. FEA can help achieve the NDC goals, and continue to reduce emissions far beyond 2030 through a comprehensive balanced RE/EE programme. Solar photovoltaics (PV) can play a significant role. A key argument against intermittent or variable RE such as PV has been the high cost of storing energy for use, e.g. when there is no sunshine. However with the rapidly declining costs of both PV and storage RE can be dependable rather than unpredictable with storage already economical for many commercial purposes. Energy storage is expected to grow 40% annually in emerging markets over the next decade, driven by utility-level RE, emission reduction efforts, and grid modernisation, including improved resilience. According to recent studies the automobile industry is entering an unprecedented period of rapid and radical change. Well before 2030 electric vehicle costs may be equivalent to petroleum-fuelled models, due largely to lower battery costs. For Fiji electric buses may be especially attractive.

Pending climate change suggests it may be prudent to balance Fiji’s impressive hydropower infrastructure with investment in PV with energy storage (including pumped hydro). A joint FEA-government EE programme focusing on buildings and transport could significantly improve EE, though with significant challenges. However, a commitment to meeting or surpassing national goals provides an opportunity for FEA to evolve from a supply-oriented utility to an energy service provider, a change it is preferable to embrace now rather than when compelled to do so in the future.

Peter is a Fiji citizen and works on energy and environmental issues in the Pacific and Southeast Asia. He was Fiji’s first Director of Energy in 1981, managed a UNDP-funded Pacific regional sustainable energy programme in the 1980s and a national environmental advisory programme in Cambodia in the 1990s, and has been a consultant with ADB, the EU, GIZ, the Global Green Growth Institute, SPC, SPREP, the World Bank and other regional and international organisations.