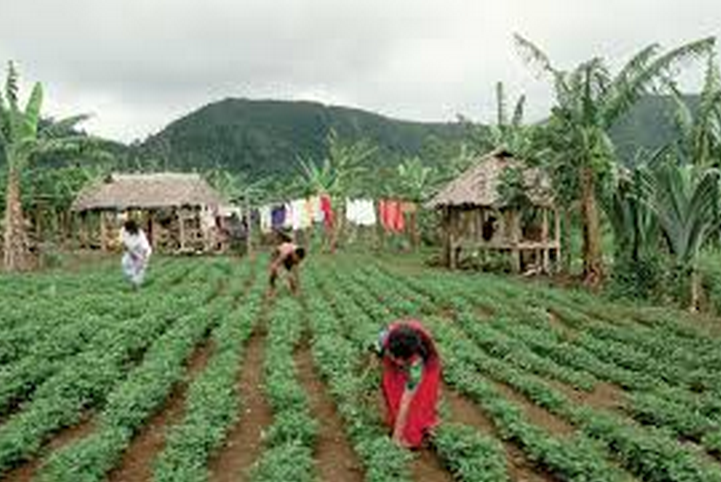 Samoa’s underperforming agriculture continues to invite comment and prescription. When giving the keynote address at the USP Economic Dialogue at Alafua Campus two or so weeks ago, Deputy Prime Minister Fonotoe Pierre suggested among other things that what was needed to raise agricultural productivity was a changed mindset by Samoan farmers. Referring to the economic transformation that took place in the economies of Japan and Korea, Honorable Fonotoe stated that “We seem to be faced with a challenge of farmers who are hesitant to change their mindset into new innovative methods of agriculture.”

The need for a changed approach to agriculture in Samoa has long been recognised. But it is not farmers who have stood in the way of change. Take for example the Fruit and Vegetable Sector Strategy 2009-2015 (F&V Strategy), an initiative of the International Trade Center (ITC) with EU funding and farmer participation. The strategy was designed to promote and sustain the kind of change Honorable Fonotoe referred to, in the growing, marketing and processing of fruits and vegetables in Samoa. The plan had everything, including the participation and eager support of farmers. But it never received the funding and institutional support needed for its effective implementation. Only government and, in Samoa’s case, donors can muster this kind of support, and it never arrived.

Then there is the current Samoa Agriculture Competitiveness Enhancement Project (SACEP) 2012-1017 (or World Bank loan project), an offshoot of the F&V Strategy. Opened officially in June 2012 after months of consultations and planning with farmer involvement, the plan appears today to be totally mired in red tape. Farmers have played their part and have completed the tedious application and training process, and now they wait and wait again. Eighteen months after the project launch and lavish official promises of help for farmers, the only moneys disbursed to date have been to buy the Ministry of Agriculture’s fleet of ten new vehicles.

The Agriculture Sector Plan 2011-2015 is an even more comprehensive blueprint to “revitalize the agriculture sector to increase its relative contribution to the national GDP from its current level of 10% to 20% by 2015”. The plan, like the F&V Strategy, sets out in detail the institutional and funding requirements to make this happen. Like the F&V Strategy, it was also not a government initiative. Donor support was behind the plan, while farmers once again played their part in the planning process. Today, farms continue to farm under their own steam and sweat as they wait yet again for the slow machinery of officialdom to grind on interminably.

The plan is almost halfway through its five year life span. But with many of the key building blocks and institutional support still to be put in place, the chances of its lofty objectives being achieved are not bright.

Farmers are the first to recognize the need for farming in Samoa to change to a more market driven approach. But they cannot do this on their own. Government leadership is needed, as is the commitment of adequate resources to do the task. The Samoa Farmers Association’s Strategic Plan 2011-14 has as its mission statement, for example, “To provide commercially oriented smallholder and village based farmers with the opportunities and skills to increase their income and food security from farming.” The plan’s underlying theme reads: “Farmers and marketing/processing enterprises working together as drivers of the agricultural sector with SFA enhancing the linkages between the two.”

The Association and its members are doing their part, but that can only go so far given the resource and institutional constraints facing agriculture in Samoa. Only government can provide the enabling environment for farmers to get on with the business of farming.

For many years, government agricultural policy has been to ensure food security and the availability of Samoa’s staple food crops. ‘Talomua‘ was the flagship of this policy, where production at village level is organised using the offices of the Pulenuu and village councils. Incentives were in the form of cash prizes dished out at the annual Talomua farm displays/competitions. The strategy may have produced adequate food staples, but it has little value in terms of being transformational or sustainable. Talomua is firmly anchored in maintaining the status quo, not in changing mind sets and way of farming.

Farmers often get blamed for the poor performance of Samoan agriculture. But as was quite rightly pointed out in the Agriculture Sector Plan, farming is a risky and difficult way of making a living. Apart from the natural disasters and vulnerability to overseas competition, farming in Samoa must also put up with the high cost of inputs, small markets, low labour productivity, widespread stealing, and substandard agricultural infrastructure and support services. Farmers can do very little about these conditions and must rely ultimately on government leadership and direction to create an environment more conducive to farming as a business.

And given the reality of farming in Samoa, is it any wonder that farming has little attraction for parents or their children? Government scholarships on offer at the Alafua School of Agriculture go begging every year for lack of interested students. And those who study agriculture end up in administrative positions. In the circumstances, the glowing description of Samoa as having “vast lands, fertile soils and plentiful supply of labour, sunshine and water suitable for farming“ can only originate from those not directly engaged in farming. Telling people to go back to the land sounds horribly hollow when coming from those who have abandoned the land for greener pastures elsewhere.

2014 is designated “International Year of Family Farming” by the World Rural Forum. That choice is in recognition, belatedly it appears, of the pivotal role family farming plays in shoring up national economies, providing employment, generating exports, enhancing national and world food security and providing a sustainable way of life for the majority of the peoples of the world. Farming in Samoa is almost 100% family farming and we welcome the new focus on family farming, after years of neglect, as the world looked to large scale commercial production instead as the way of the future. Our own government appears to have bought into this large scale production caper as shown by the ongoing ADB funded initiative to “free up customary land for economic purposes”.

In the first place, revitalising Samoan agriculture and the economy of rural communities calls for engagement with Samoa’s family farmers, the smallholders that own and work 80% of the land. It also calls for a genuine partnership between government and farmers and farmer organisations, with a clear understanding of their respective roles. Government should decide what its role in agriculture is and then stick to it. Start providing, for example, the institutional support and economic infrastructure that’s been absent from agriculture for so long. Stop flip-flopping from one miracle cure to the next miracle crop. There isn’t any. Stop wasting scarce resources on white elephants that stand empty today, like the markets at Salelologa and Vaitele, as monuments to too much power in too few hands.

Simplify the leasing of customary land as part of the agriculture support system by all means, and within the constitutional safeguards against Samoan families losing ownership and access to their source of sustainable livelihood. The present project to facilitate the leasing of land and using these leases to raise finance should be in support of family farming, not an alternative as it is currently promoted. And if customary land ownership is the problem, as promoted by advice from outside Samoa, why not start by making available to these would-be investors the hundreds of acres of government land under nonperforming leases at present? Start with lands that have been lying idle for years under Samoa Trust Estate Corporation (STEC) and Samoa Land Corporation (SLC).

Get these lands under production first, if this is the next miracle cure, before tampering with a system of land tenure that is serving and will continue to serve the best interests of the people of Samoa. The value of land in Samoa is a great deal more than its economic potential. And we cannot expect outside experts and consultants to understand that, even if some do try their best. Yes, there is a need to make full use of our land’s untapped economic potential to enhance food security and stimulate growth in other sectors. But in doing so, let us also bear in mind that Samoa’s comparative advantage in terms of the global economy does not lie in agriculture.

In the face of deteriorating terms of trade starting in the late fifties, and contrary to all the “expert” advice on the dire consequences of dependence on remittances, ordinary Samoans knew best what was good for them and their families, and by extension for the country’s economy. The result is an economy with far better prospects of weathering today’s changing climate and of integrating into the global economy through closer economic and other ties with the region’s strongest economies, Australia and NZ. Imagine what a hole we would be in, with the reality of climate change, had agriculture remained the mainstay of Samoa’s economy as before!

As to the present state of agriculture, with minimal support and in the absence of clear government leadership and direction, farmers have shown they are more than capable of making the changes needed to get the best out of Samoa’s limited resources of land. What they want to see to start with is less blame shifting and finally some action on the SACEP (World Bank) project and on the Agriculture Sector Plan. Both are designed to help farmers to transform Samoan agriculture.

This article first appeared in the Samoa Observer.

Afamasaga Toleafoa is Chairman of Samoa Farmers Association and of the Pacific Islands Farmer Organizations Network (PIFON). He may be contacted here.

Afamasaga Toleafoa is Chairman of Samoa Farmers Association and of the Pacific Islands Farmer Organizations Network (PIFON). He may be contacted at pacific@ipasifika.net.