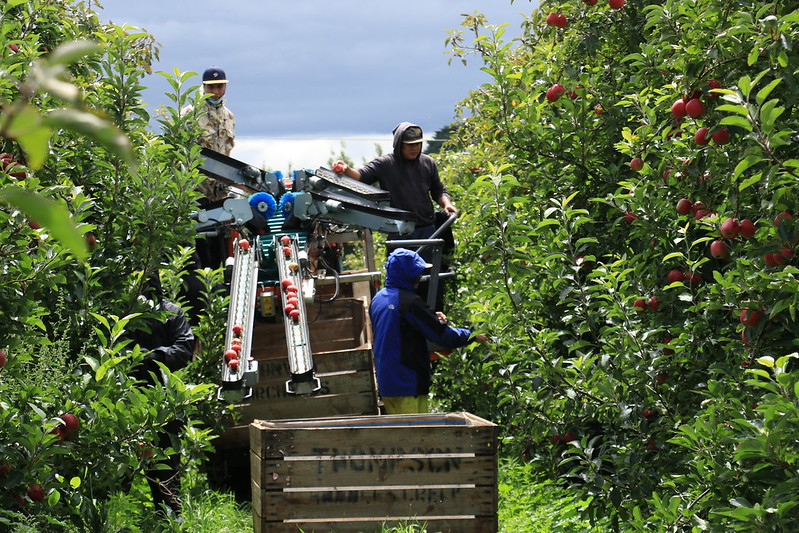 Much about the new Australian Agricultural visa smacks of poor public policy. Four flaws stand out: the idea itself; the haste with which the visa requirements are being developed; the limited time for consultation; and the fundamental confusion about its terms and conditions.

The new visa, as so far described by the government, shows every sign that it will seriously threaten the viability of the Seasonal Worker Programme (SWP) and the Pacific Labour Scheme (PLS). A fall off in SWP/PLS jobs will alienate the major sending countries from the Pacific and Timor-Leste. Our near neighbours will see the visa for what it is: a short-term political fix for the sole benefit of Australia’s agriculture economy.

The Australian Workers Union (AWU) national secretary is not wrong when he says that the new visa would undermine Australia’s strategically-crucial relationships in the Pacific and increase China’s influence in the region.

The proposed visa is likely to have insufficient protections for low-skilled workers. Its design will be shaped by what its chief advocates want, which is an option that is cheaper and less regulated than the SWP. The National Farmers Federation (NFF) expects that the new visa conditions should be less costly, less tightly regulated and more flexible than the SWP or the PLS. NFF president Fiona Simson is quoted as saying that ‘the costs and regulatory requirements in the Pacific Labour Scheme and Seasonal Workers Programme meant they did not suit many farms’.

The lack of sufficient protection for vulnerable workers will mean it will not be long before media stories will emerge about the mistreatment of workers on this visa. This publicity will result in the visa doing more harm than good to Australia’s reputation in the Asian sending countries.

I have long been an advocate of the need for a more flexible SWP, most recently here and here. Now is the time for the Department of Foreign Affairs and Trade (DFAT) to be working out how to improve the SWP. After well over a decade in the Department of Employment, the SWP needs its own major revamp to respond better to the labour shortages in horticulture.

The Australian government’s haste to develop the requirements for the Australian Agriculture visa is evident in its aim to meet an end of September 2021 deadline. The same haste also applies to changes being made on a similar timetable to the Migration Act 1958 to increase controls over employers of migrant workers. This rushed timetable means little time for government to consult the actual employers targeted as the beneficiaries of the visa. Consultations with the SWP and PLS sending countries which are indirectly affected will be rushed and unsatisfactory, due to the uncertainty about the consequences for the SWP and PLS.

The government has given itself only a matter of weeks to consult industry ‘to understand needs across the agricultural sector’. There is no mention of what role, if any, actual employers will have in how the program will work. Industry consultations, most likely, will be limited to discussions with the Canberra-based National Farmers Federation (NFF) and, perhaps, state-based industry groups such as Growcom.

What conditions will apply to employers seeking to recruit workers on this visa, and will they differ from those attached to the SWP and PLS? Remarkably, there is no clear answer to this fundamental question.

The Minister for Agriculture, David Littleproud, in his first media release on the proposed agriculture visa, stated that: ‘The new seasonal agricultural worker visa would mirror the existing Seasonal Worker Programme…’. When he first spoke about the scheme, however, Littleproud said it would be like the backpacker program, that is, unregulated.

These contrasting comments suggest that there are two different options for the ag visa: the same conditions as the SWP and PLS; or new conditions with much less control and monitoring from Canberra-based contract managers.

The SWP has been widely criticised, including in our own report on SWP governance, for its Canberra-driven, heavy-handed approach to regulating and monitoring the program. If the SWP template is followed for the ag visa, that template itself should be changed to include more flexibility in how a managed pathway for the ag visa operates.

If the SWP template is not used, many questions need to be addressed. Will sponsoring employers be screened and approved by government? What obligations will these employers have to agree to, and how will these obligations be monitored? Will employers have to cover, in whole or in part, international travel and in-country transport costs? Given the widespread low vacancy rates in regional rental accommodation, will employers be required to arrange accommodation to a specified standard for their workers? If so, how will this be monitored in a flexible way? What out-of-hours welfare obligations for workers will government impose on sponsoring employers?

Whether the SWP template is used or not, more time is needed than just one month.

There is already a process underway to review and reform the SWP and PLS. This was announced in DFAT’s Pacific Labour Mobility Discussion Paper (4 June 2021) introducing recent consultation ‘seeking views on ways to improve, streamline and align Australia’s Pacific labour mobility initiatives’. This reform process should be allowed to run its course. Rather than creating a new scheme, the existing SWP and PLS should be reformed to address employer criticisms.

Once this has happened, a separate decision could then be made as to whether to allow ASEAN countries to enter the SWP and PLS. I would argue against such an inclusion on the strategic grounds mentioned above, but at least this would be a policy process that is well-designed and well-considered. The current rushed, politically driven process underway now is a recipe for disaster. The obsession with creating a new scheme for the Nationals to take to the next elections will go down as one of Australia’s worst public policy debacles ever.