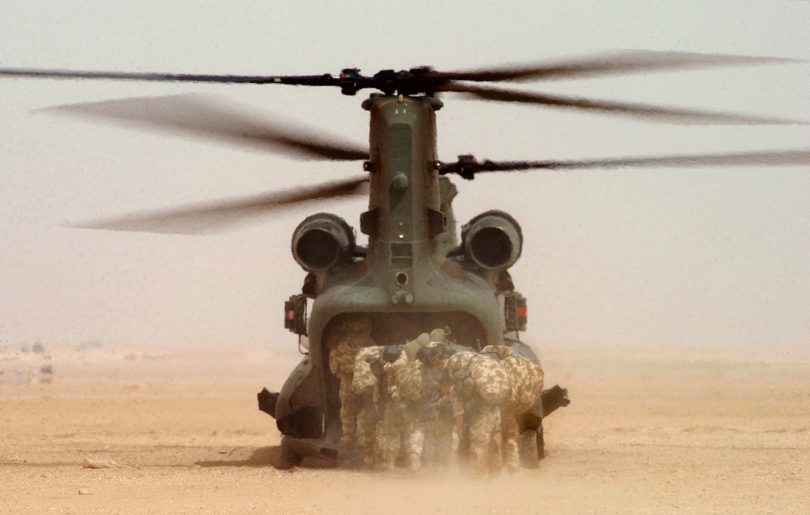 When a state fails to perform its core functions to provide public goods (e.g. health, education, security), it results in a fragile situation. While each fragile situation is different, poverty, insecurity and uncertainty can be observed in most of them. State-building in these contexts is one of the grand challenges that we face in our world today.

Despite increasing international attention on addressing state fragility, the progress has been slow and often counterproductive. In two recent articles (here and here), I unpack the challenges and prospects for state-building in the aftermath of war and situations of fragility by using pairwise comparisons of state-building patterns between South Korea (in the aftermath of World War II in 1945 to the end of the Park Chung Hee regime in 1979) and Taiwan (from the end of World War II in 1945 to 1965 when US aid to Taiwan was terminated). I also compare Afghanistan (from the fall of the Taliban regime in 2001 until the end of the Hamid Karzai presidency in 2014) to Iraq (from after the US invasion in 2003 until the end of the Nouri al-Maliki premiership in 2014). These four countries were all aid dependent in the aftermath of war and were strategically important to the US, which provided them with significant military and economic aid. However, state-building in each of these countries produced diverse outcomes.

South Korea and Taiwan inherited Weberian states. The subsequent state-building strategy and aid policy ensured that there was continuity in the existing capacity of the state, and the state was used to put South Korea and Taiwan on a path to long-term development. This approach was based a model of deliberate development, emphasising state-building and using state power for socioeconomic change.

Foreign aid provided by the US and Japan (which later became the second major donor for South Korea and Taiwan) funded national priorities and helped to sustain institutional continuity and expedite economic recovery. For example, in South Korea US aid reduced the likelihood of the fiscal collapse of state institutions, especially as it was allocated in such a way as to sustain institutional continuity, which was almost entirely dependent on US aid after the war. While aid bypassed government budgets, it was aligned with national priorities and did not established competing mechanisms to undermine the state.

The government leadership and donors had a long-term view. External threats (posed by North Korea and China) were conducive for state-building as it motivated leaders to focus on strengthening state capacity. These processes helped to build effective state institutions and put South Korea and Taiwan on a path to long-term development.

However, these two countries remained authoritarian. They emphasised performance legitimacy, which was attained through ‘inclusive growth’ such as the provision of universal access to health and education, as well as land reforms, empowering non-elites. This is referred to as ‘economic democracy’,

On the other hand, Afghanistan and Iraq inherited neopatrimonial states. While Afghanistan was already a failed state, invasion in Iraq induced state failure. Domestic politics, being characterised by elite fragmentation and politics of patronage, along with donors’ preoccupation with short-termism (e.g. regime change, stabilisation, and the war on terror) induced an aid regime which was used to established a parallel public sector and rely on private military contractors to deliver aid and fill the security vacuum left. This type of intervention had adverse implications on state-building. Most aid was spent off-budget (82% in Afghanistan in 2002-10, and almost all of aid in Iraq), bypassing the government and national mechanisms.

In addition, the state-building project in both of these countries had a less transformative nature. No clear path was established to transform the neopatrimonial states into ‘Weberian’ bureaucracies. The ruling political elites in Afghanistan and Iraq had neither political incentive nor donors emphasising long-term state-building. In both cases, insurgency hampered the state-building process because of the threat that it posed, support for the insurgency by external actors, and a lack of consensus on how to contain it. Afghanistan experienced relatively modest success in building state capacity. Particularly in the first few years following the intervention, Iraq experienced sectarian violence and disruption in some state institutions. However, both countries remain fragile and we need to rethink how to make states more successful.

This study demonstrates that institutional legacy and continuity and the politics of aid matter for state-building. It is important to note which types of institutions the recipient inherits, and where and how foreign donors spend their aid. Neopatrimonialism and weak state institutions are not conducive to effective state-building. However, when aid bypasses these institutions and creates parallel mechanisms and structures, it may also prolong or reinforce state weakness. Despite the fact that this approach may foster service delivery, it diverts much of the financial resources and political attention away from building and reforming the state. Budget support can strengthen the state’s capacity, while the channelling of aid through semi-autonomous institutions supports state activities but, in comparison to budget support, has little effect on state-building. On the other hand, the presence of a former Weberian state with greater institutional capacity may reduce the likelihood of aid donors creating parallel institutions to those of the state, and even so, the parallel institutions may have little adverse effect on the state-building pattern.

Continuity in a neopatrimonial state may have mixed impacts. Continuity in the existing state capacity may reinforce state-building. On the other hand, continuity in practices of patronage undermines efforts for effective state-building. Creation of parallel institutions to those of the state can divert political and financial resources from the state’s permanent institutions and may unintentionally strengthen institutions and actors that can undermine the state. While on-budget aid may reinforce state-building by enhancing government ownership and capacity, it may be exposed to risk if there is limited capacity and corruption. However, there is no convincing evidence to prove that the risk of corruption in on-budget aid is greater than the cases of off-budget aid.

State-building is a complex process with a long horizon. What constitutes success and the process by which it is achieved varies enormously. However, evidence suggests that an effective process needs to transform the state, economy and security. Domestic checks and balances are strengthened. Donors work with the state rather than bypassing it, and support the recipient’s priorities. These processes are needed to strengthen the state’s core capacity and deliver inclusive development.

This post is based on two articles published in the “Third World Quarterly”. Find part I here and part II here.