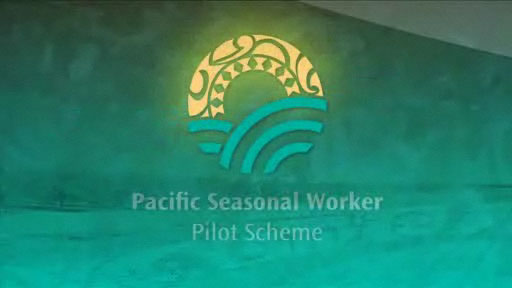 The Pacific Seasonal Worker Pilot Scheme (PSWPS), introduced in 2008, concluded on 30 June, being replaced by the permanent Seasonal Worker Program. Final numbers have now been made available by the Department of Education, Employment and Workplace Relations, indicating take up of 1,534 workers under PSWPS, well under the 2,500 pilot cap. Workers came overwhelmingly from Tonga (1,250). Vanuatu was next with 100, followed by PNG (82), Kiribati (52), Samoa (38), and Timor-Leste (12).  The Australian Government has also now announced [pdf] caps on the permanent scheme. These correspond to at about 2,600 workers a year, indicating that the scheme will continue to stay small: the equivalent NZ scheme takes about 7,000 workers a year, and there are about 37,000 backpackers working in agriculture. This discussion paper and blog explains why take-up has been so low in terms of overwhelming competition from backpackers. The Australian Government is hosting the inaugural Seasonal Workers Program conference which opens today in Sydney.

Senate inquiry into the Australian aid program in Afghanistan

An inquiry has been announced into the “administration, management and objectives of Australia’s overseas development programs in Afghanistan in the context of the ‘Transition Decade.’” The terms of reference indicate that the Foreign Affairs, Defence and Trade References Committee inquiry will be a comprehensive review of all of Australia’s aid activities in the country.

Submissions from interested individuals and organisations can be made online (no deadline has been set for submissions yet). The inquiry report is due 31 December 2012.

Meanwhile, Lateline ran this story covering the perspective of The Liaison Office (TLO), an Afghanistan based NGO that recently had its $3.6 million contract cancelled by AusAID on grounds of lack performance and timeliness of reports. Susan Schmeidl of the TLO, however, claims AusAID wanted them to adjust their findings to show a more ‘positive spin’ of AusAID’s engagement in Uruzgan province.

In July AusAID launched its new research strategy (available here) for 2012–16 setting out how it will fund research over the next four years. AusAID has also opened its 2012 ADRAS funding round for applications. With a total of 8 themes to choose from and a $40 million research pool (over a three year period), the funding round is an important resource for independent development research. Applications close 21 September 2012.

Our monthly account of visitors to Australia with an aid agenda or connection:

The Government is putting forward a proposal for Australia to join the African Development Bank Group (AFDB). Comments and submissions on the proposal are to be made via email and close on 14 August 2012.

Foreign Minister Bob Carr has announced that Australia will host a high-level malaria conference Malaria 2012: Saving Lives in the Asia-Pacific, from 31 October to 2 November in Sydney.

On 29 June Peter Baxter, Director General of AusAID, presented a lecture on “The role of AusAID in assisting developing countries to reduce poverty and achieve sustainable development in line with Australia’s national interest” as part of the 2012 National Security Lecture Series. The comprehensive hour long presentation (including substantial Q&A on Afghanistan) is available below.