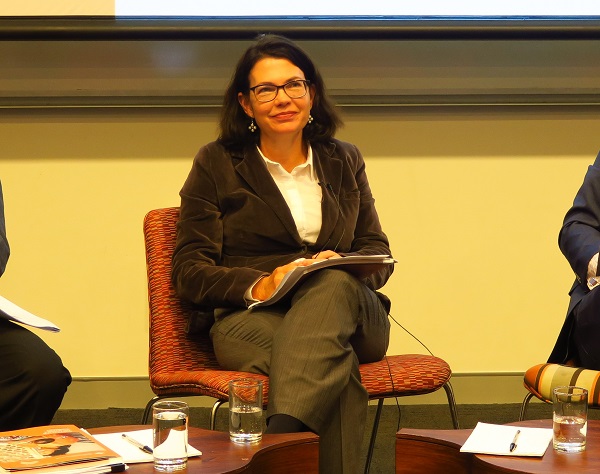 Prior to coming in to Government Julie Bishop, possibly softening us up for future budget cuts, often said that quality matters over quantity when it comes to aid expenditure. It is hard to argue with this logic.

It seems clear that the Government has comprehensively delivered on its commitment to reduce the quantity of aid, even if they still have further to go. While this concerns many people, we also need to focus on the other half of the equation – have they delivered on increased quality? Should we be optimistic that our aid resources, while they are scarcer, are having a bigger impact?

For those of us that are passionate supporters of international development and the role that effective aid programs can play, it has been a very tough few years, with the abolition of AusAID, large budget cuts in the 2015-16 and 2016-17 budgets, and the departure of many ex-AusAID staff following the integration with DFAT.

However, there are signs that aid quality still matters a lot to DFAT.

The June 2014 Aid Policy Framework seems to have been implemented reasonably consistently. The higher priority given to women and girls, innovation, and support for economic growth, all of which should be applauded, has translated into increased allocations to those sectors. The 2017-18 budget has maintained these investments.

Staffing anxieties within DFAT also seem to have settled down. Many ex-AusAID staff have flourished in the new integrated department and are able to draw on their knowledge to ensure the aid programs they manage are effective and integrated with foreign policy concerns. For example, DFAT’s current Heads of Mission in PNG, Solomon Islands, Vanuatu and Cambodia are all ex-AusAID staff.

The Office of Development Effectiveness remains in place, its head has even been made more senior and the commitment to conducting and publicizing evaluations and summarizing the performance of the program has continued. And for those of us obsessed with the details of the budget, DFAT resumed publication of the annual aid budget summary last year and it is even better this year.

So what about the 2017-18 budget – does it help build optimism about where Australia’s aid program is headed?

The fact that the ODA budget has been maintained at or just above CPI is something we should feel good about – the loss of $303m out of the forward estimates is less positive, but it clearly could have been worse, and mostly has been over recent years. This was a budget in which DFAT staff lost money through reduced overseas allowances, which they would have argued very strongly to retain. The fact that the aid program received its CPI adjustment while other priorities were cut is a positive sign that the worst may be over in relation to aid.

On the quality side, the story this year is all-around modest increases in humanitarian funding and a desire to meet existing government commitments multilaterally, regionally and bilaterally. The era of big changes to countries, regions and sectors seems to be over. It is hard to see an aid effectiveness narrative coming through the choices. But I would point out that the aid budget is starting to feel, at least in its country, regional and multilateral allocations, fairly predictable. Predictability is very important in aid and development. But a quality aid program needs more than consistent budget allocations.

I have a couple of concerns going forward, and one has become sharper after the budget was handed down.

My first concern is an institutional concern. How well placed is DFAT to drive better quality programming that maximizes the impact of this smaller program? My worry was eloquently articulated by the former Secretary of DFAT, Peter Varghese, in his valedictory address nearly a year ago. He pointed directly to the growing difficulty of the public sector in general, and DFAT in particular, to do deep policy thinking. DFAT staff managing aid programs now have dual roles – in addition to aid programming they need to manage the enormous range of immediate, often politically-driven events that have always dominated much of DFAT’s work in Canberra and overseas. I worry that the space for deep thinking that AusAID had precariously managed to carve out is now lost. That blended jobs in a busy core department of Government cannot find space for deep thinking and reflection. Australia’s aid program is trying to tackle extremely hard problems – wicked problems, they are sometimes called – and they simply cannot be designed and managed without serious space for reflection, contestability and learning.

So what is different now? I was really struck by how Minister Bishop, in her opening address to the Australasian Aid Conference at the ANU in February, framed the national interest argument. And this framing is being replicated by the Development Minister and other members of Government – it is deliberate and it isn’t without implications for aid effectiveness.

The Minister’s speech was all about countering violent extremism, stopping terrorism, preventing people movements, inoculating Australia against disease outbreaks and reducing conflict. The words poverty and inequality never entered the narrative. She didn’t speak to the values that drive most Australians to make voluntary contributions. She didn’t seek to make the case that development relationships can be the foundation of effective regional relationships and people-to-people ties that underpin our future as an outward-looking, responsible regional leader. Nor did she chose to make the case that effective aid programs can prevent crisis, not just respond to its symptoms. Her narrative is playing to fears, rather than seeking to inspire a more broadminded approach. She said to us explicitly that the aid program needs to make the case to a growing nationalist sentiment in Australia.

I am not trying to be naïve – her framing probably does resonate better with a large segment of Australians – but it isn’t without implications and I worry about it on two fronts.

First, it makes it easier to justify cutting aid to fund defence and security agencies. After all, if we are all just trying to stop extremism and irregular people movements, maybe Defence should get more of the money. This is certainly the argument Joe Hockey made to explain why he was taking $3.7 billion away from aid back in December 2014 – it was to offset increased Defence expenditure. The decision to reduce aid in the forward estimates by $303 million so it can be spent on “other policy priorities in the portfolio”, which we could take to mean funding for security efforts, is yet another example of how easy it is to cut aid if you think of it as only one tool to respond to major security challenges.

My second concern is that programming within DFAT will follow the language. More money will go into health security, and less into funding immunizations or basic health systems; more money will go into Islamic high schools and less into quality basic education, which is accessible to all; more money into crisis response rather than investing in social protection to reduce inequality. Given what we know about the building blocks of development, the programs that best fit the security rhetoric are not necessarily the best investments in state-building. They deal with symptoms, not causes.

I am happy that the era of big cuts is behind us and I do believe that there is serious commitment to aid quality within DFAT, and that it has the right skills and capabilities to deliver a world class aid program that is fully integrated with our foreign policy objectives. But I am concerned about this growing link between national security and development. I think it poses big risks for the both the quality and quantity of our aid.

Jacqui de Lacy is Vice President, Strategy and Consulting at Abt Associates. This post is an edited version of her presentation given at the 2017 Aid Budget Breakfast; view the video here or listen to the podcast here.

Jacqui De Lacy is Managing Director of Abt Associates Australia. She is a thought leader on development issues in the Asia-Pacific region, and previously held various positions in the Australian Aid program, including head of AusAid Indonesia, head of the Food Security Branch, Global Crisis Response Coordinator, and head of the PNG Branch in Canberra.