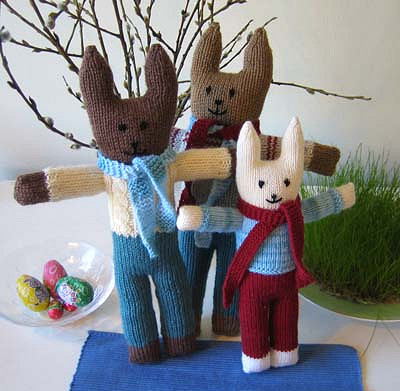 For most people interested in aid and development, it seems a given that public and political priorities at home influence international aid. But how exactly that relationship unfolds is neither straightforward nor well-documented, as most researchers of development have chosen to fix their lens on aid in ‘the field’.

In a departure from this trend, in her 2015 ethnography The Need to Help Liisa Malkki seeks to unpack the relationship between domestic and international in aid and humanitarian work, focusing on the case of the Finnish Red Cross. In so doing, she argues there is a need to challenge oft taken-for-granted assumptions about who is ‘needy’ and who is being helped in the world of humanitarian aid, and the extent to which humanitarian work is – or ever can be – apolitical.

To do so, she starts from a basic question: who, exactly, are the people who say they want to help? In the opening and closing chapters, Malkki’s primary interlocutors are Finnish aid workers of the conventional sort – doctors, nurses, engineers, and others who are sent on Red Cross aid and emergency relief missions overseas. She discovers (as other researchers too have recently found) that many find satisfaction in humanitarian work not just because of their belief in the Red Cross’ core principles, but also because doing so satisfies personal needs: for adventure; for escape; or a sense that they can make a much bigger difference ‘out there’ than at home.

Of course, recognising that the motivations of aid workers are at least as much about their own needs as the needs of others raises a number of challenging ethical questions, which Malkki recognises as similar to those she grappled with whilst conducting earlier research with refugees from genocide residing in Tanzanian camps. Issues of mental health, self-care and coping mechanisms for aid workers, which are increasingly talked about in humanitarian circles, also receive some welcome (if brief) discussion.

In the middle section of the book, Malkki turns her attention to a different (and, in my opinion, rather more interesting) type of aid worker: everyday Finns, and their ‘imagining’ of the people and the places where humanitarian relief work takes place. In Chapter 3, she focuses on how that imagining is shaped by moralizing representations of ‘children in crisis’, which can be deliberately crafted (by NGOs) or unwittingly perpetuated (by the public) – subject matter of particular interest to Australian aid audiences given recent heated debate in our own community over precisely this issue. As well as exploring broader Western cultural narratives around children and peace, Malkki notes the problematic tendency to characterise children as simple beings with simple, ‘fixable’ needs – i.e., for food and shelter – rather than as political beings who also have more complex, but no less real, needs.

This backgrounding frames Chapters 4 and 5, which explore in depth the practice of creating ‘comfort objects’ – stuffed toy animals – to be given to children in humanitarian crises. These chapters provide much food for thought about what meaningful public engagement in the humanitarian work looks like. In an era when public engagement in aid is increasingly dominated by online/social media (a mode left conspicuously un-remarked upon in the book, it should be noted), Malkki’s exploration of the experience of Finns who knitted ‘aid bunnies’ in response to a 2006-07 Finnish Red Cross appeal [pdf] left me feeling more empathetic towards people who feel compelled to donate goods, rather than cash, than I previously did. While the latter is known to be more effective in terms of delivering essential goods and services in humanitarian disasters quickly, based on interviews and participant observation Malkki argues that the action of personally creating something enables, for many members of the public, a more profound engagement with humanitarian work:

The bunny is felt to be a part of its maker; like an aidemémoire, it is an aid to the imagination enabling its maker to imagine a world to which s/he is connected. [p. 140; emphasis in original]

The question that lingers, then, is how that kind of deep, affective engagement in humanitarian work might be generated in a way that also maximises aid effectiveness. (Readers interested in this topic might also wish to pick up Erica Bornstein’s The Spirit of Development¸ which traverses the local and the global through the lens of Christian INGOs in Zimbabwe, and which casts a similarly critical-yet-sympathetic eye on child sponsorship schemes).

As I was reading, I was also struck by the parallel between the role that the aid bunnies seem to play and Marita Sturken’s fascinating Tourists of History, on American responses to national trauma through the consumption of ‘kitsch’ souvenirs at memorial sites such as the Oklahoma City bombing site and the World Trade Center. In a similar fashion to the emotional and cultural work those trinkets perform, Malkki suggests that spending their free time knitting an aid bunny enables ordinary people – many of whom, she finds, are elderly and/or lonely – to feel they are contributing meaningfully to humanitarian relief efforts. Yet this practice, Malkki argues, serves as much to fulfil the knitters’ own real needs for social interaction (a problem she identifies as arising from “specific structural features” of modern life) as the needs of the children who will ultimately receive the toys.

In the conclusion, Malkki returns to her key theme of the role of politics and of the local in global humanitarian work. She writes,

When we (in the academy but also in the aid world, the media, and policy circles) talk about humanitarian intervention, we tend to imagine it as always already global… And yet these apparently “global” and “cosmopolitan” figures and projects must always begin somewhere in particular. [p. 240; emphasis in original]

Generalist readers should be warned there is a fair bit of what might be termed ‘anthropologizing’ throughout the book – references to ‘transnational ritual spheres’, for example, and some fairly dense theoretical discussion of Foucault, Lacan, and affect theory in the book’s introduction. But I’d encourage such readers not to be scared off by these sections; the theory and jargon is woven into what is ultimately a gentle, sensitive read, and one that serves to stimulate further questions, rather than provide answers.

To that end, as a researcher of Australian aid the book left me pondering on several counts: about my own motivations and interests in aid; about what uniquely Australian characteristics might be reflected in our aid practices; and also about how important it is that members of the public who support aid also understand the politics of the circumstances that make aid necessary, and how we might better foster that understanding in a meaningful way.