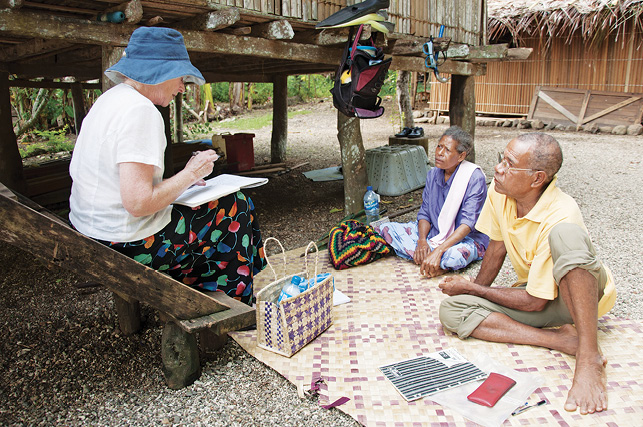 One interesting thing about reviewing a 560-page book while being a member of the generation unreliable sources have characterised as having the focus of an anxious goldfish, is that meticulous scholarship and social media hot takes can run together. 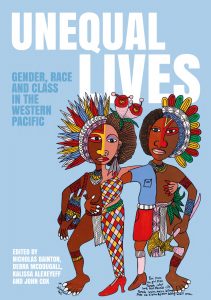 The book I was reviewing was Unequal lives: gender, race and class in the Western Pacific. First and foremost, as the title suggests, this is an absorbing compilation of research on the shifting and intersectional nature of inequality in Papua New Guinea (PNG) and the Solomon Islands.

Emerging from a two-day gathering held in honour of Professor Martha Macintyre on the occasion of her retirement in 2019, it consists of 15 original papers inspired by her decades of work in PNG, and a coda combining tributes from Martha’s colleagues with a fascinating interview in which she recounts, in her own words, the progress of a career that has redefined what it means to be an applied anthropologist.

My social media feed was less inspiring. ANU Press is doing the world a great service by providing its content for free online, but reading on a computer has its hazards.

Far from a festschrift for a distinguished anthropologist, Twitter felt more like a eulogy for anthropology as a going concern. After decades on its curriculum, the University of Western Australia had decided anthropology would no longer be offered as a major. This was, to use one of the darkest euphemisms, a “restructure”, and it would entail slashing 16 jobs in its School of Social Sciences. Glum Twitterati lamented the lost careers, and noted that variations on this were happening all over.

Western Australia, as it happens, was the very same state where in 2020 mining giant Rio Tinto literally blew up a series of caves containing evidence of human habitation going back 46,000 years. Maybe it’s just a coincidence that this happened the year before the state university made it much harder for young people to pursue a discipline generally committed to preventing this sort of vandalism, but I doubt it.

If this book, and Macintyre’s corpus, has a subtext, it is that however sweeping the technocratic promises of development, resource extraction and central governance may be, in reality their results are consistently unanticipated, and very often destabilising. That big ideas at least putatively intended to address old inequalities have a way of creating new ones is not a novel observation, but perhaps nowhere does it matter quite as much as in PNG. If only because it offers a way of understanding these processes, anthropology there is more relevant than ever before. Reading a book that expresses this so clearly, when so many others with influence clearly believe just the opposite, is both a privilege and a decidedly melancholy experience.

Macintyre’s career spanned a time of ferment and change, although arguably a more optimistic one than we are in now. Originally from Melbourne, and coming of age amidst the anti-war and women’s liberation movements of the late 60s, one of her first acts on arriving at Cambridge in the early 70s was to organise a seminar entitled Nature, culture and gender. It was a foreshadowing of the themes that would shape her work, including an abiding concern with deep context and intersection.

Spurred in part by fortuitous encounters with Marilyn Strathern and Edmund Leach, her initial interest in the Kula exchange led to fieldwork among the Tubetube of Milne Bay Province – the beginning of a relationship with PNG that has so far spanned more than 40 years. After earning her PhD from the ANU, Martha went on to distinguish herself as an academic, a consultant and an activist, eventually becoming a professor and senior fellow at the University of Melbourne and the editor of the Australian Journal of Anthropology.

From the very beginning of Macintyre’s work on exchange and kinship within a matrilineal society, she was aware that – distinct from those earlier anthropologists who had often seen PNG’s people as apart from the world – her task was centred more upon accounting for how ideas, economic systems, and modes of governance that had once been exogenous were now very much part of daily life. Inspired by this body of work, the essays presented here are characterised by detailed long-term fieldwork – research that encompasses not just intellectual curiosity and academic rigour (although there is plenty of that), but also a pragmatic understanding of what is at stake in human terms. Several (Bainton, Filer, Zimmer-Tamakoshi, Jorgensen, Hemer, Gewertz and Errington) look at communities impacted directly by the economic or ecological consequences of resource extraction, which in many cases have sharpened inequalities that were already present, or created entirely new ones. Cox explores the emerging dynamics of ‘class’, development and cosmopolitism in urban PNG. Barker provides a fascinating history of Christian marriage among the Maisin of Oro Province. For me, McDougall’s chapter on the role of English in Solomon Islands’ schools was of particular interest for its parallels with similar debates over language policy that have taken place in Timor-Leste.

This is a book of granular detail and thoughtful analysis rather than unrelenting complaint or the seeking of scapegoats. It is an essential resource for anyone who wants not just a nuanced perspective on the problems faced by PNG and its neighbours, but a way of thinking about solutions to them. It is also, importantly, the product of an academy which, for all its faults, has over the past 50 years provided the space, stability and funding anthropologists need to make long-term fieldwork happen. The issues expertly discussed within are not going away, but the question that occurs to me as I watch anthropologists of my generation turfed out of the university or forced into, to use another dark euphemism, “casual” positions that make this type of research impossible, is whether 30 years from now there will be anyone left to study them. In every sense this is an important and timely book. We should not take the existence of its ilk for granted.