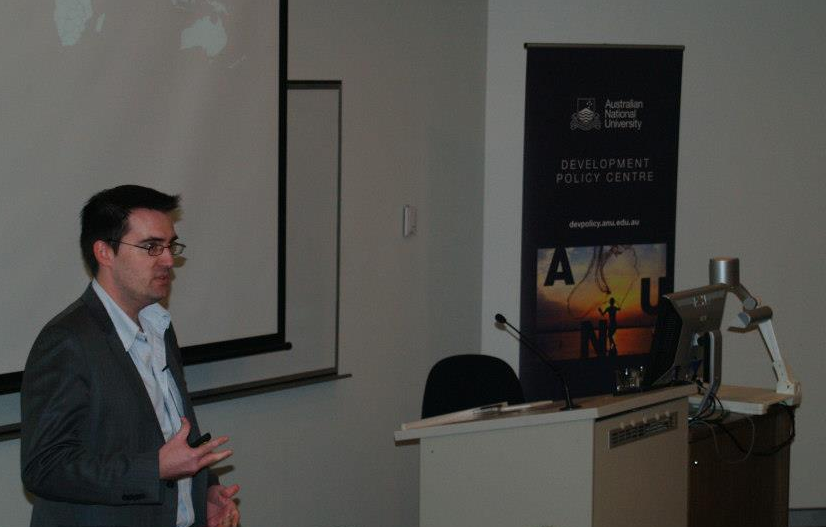 Stephen: I like your term “shaping migration.” It brings us to your research topic and the reason for your visit to Australia, which is to look at the Australian Pacific Technical College (APTC).

Michael: Yes, I’m supported by the World Bank to do this research, and they’re interested in ways to foster skilled labor mobility that doesn’t involve a fiscal drain at the origin.

To explain, let’s take the example of nursing. There are huge nursing shortages in the medium and long-term in most rich countries. The projections that I’ve seen for the United States are in the order of a gap of one million between the domestic production of registered nurses and the forecast demand for registered nurses within something like 50 years. The corresponding number for Western Europe is 600,000 projected by the European Commission. I don’t know the numbers for Australia and New Zealand, but they are correspondingly large — at least tens if not hundreds of thousands of people.

I looked around the world for examples of this kind of innovation and the APTC is a form of this innovation. It opened in 2007, and has campuses all around the Pacific: Vanuatu, PNG, Samoa and Fiji. 4,000 people have graduated in what you might call “semi-skilled areas”: car mechanics, AC repair, cooking, hairdressing.

Crucially it is an AusAID initiative. The training is heavily subsidised by AusAID. The qualifications that people get are to Australian standards. They are recognised by design. And many of the teachers are flown in from Australia for this purpose, to make sure this is really high quality education. Part of the design of the program is to foster labor mobility of the graduates under circumstances that don’t involve fiscal drain. A really brilliant idea.

As it has turned out though, over the last three years very few of the graduates have moved and I’m interested in why. I don’t think that the APTC has been unsuccessful by any measure. Creating 4,000 up-skilled graduates around the Pacific is a good thing in many dimensions and something AusAID should be proud of. But I’m interested in this factual question of why a program that was originally designed to foster some substantial labor mobility hasn’t done that. I think a modified version of this kind of arrangement could be highly effective in important migration quarters, by making sure that skilled migration happens under better circumstances.

Stephen: In your research, you’re exploring whether you can come up with a similar kind of project in the context of North Africa?

Michael: Yes, one possible place to site schools of this kind would be in North Africa. It is a natural source of skilled and semi-skilled labor for Western Europe going forward, in that there have already been substantial migration flows, so there are communities at the destination. And, the education systems in North Africa, at many levels, are quite good already.

I’d want to see a few features that differ from the APTC. I’d like to explore the possibility of private sector participation, maybe more of a student loan kind of arrangement or more participation by the employer in the training, rather than just grants. I favour this for various reasons, one of which is that it becomes more fiscally sustainable. It makes the whole enterprise less vulnerable to budget cuts.

I also think it’s important to make sure that the disciplines that participants are being trained in are critical shortage occupations at the countries of destination. In my experience, this is how to bring to the table those who are suspicious of migration. There are kinds of migration that even those who don’t feel so good about mass migration can get behind. People start to get more pragmatic and say, Okay, I understand that there is a shortage in this area. What can we do to foster a movement of people in a way that’s going to benefit them and be great for us too? Unless you target really critical shortage occupations like nursing, you can run into political shoals.

And for reasons that I’m still trying to understand, the APTC has not been involved in nursing and personal care training. That could be a fruitful area for it to explore in the future.

The first part of the interview, focusing on the US seasonal worker program and skilled vs. unskilled migration, can be found here.