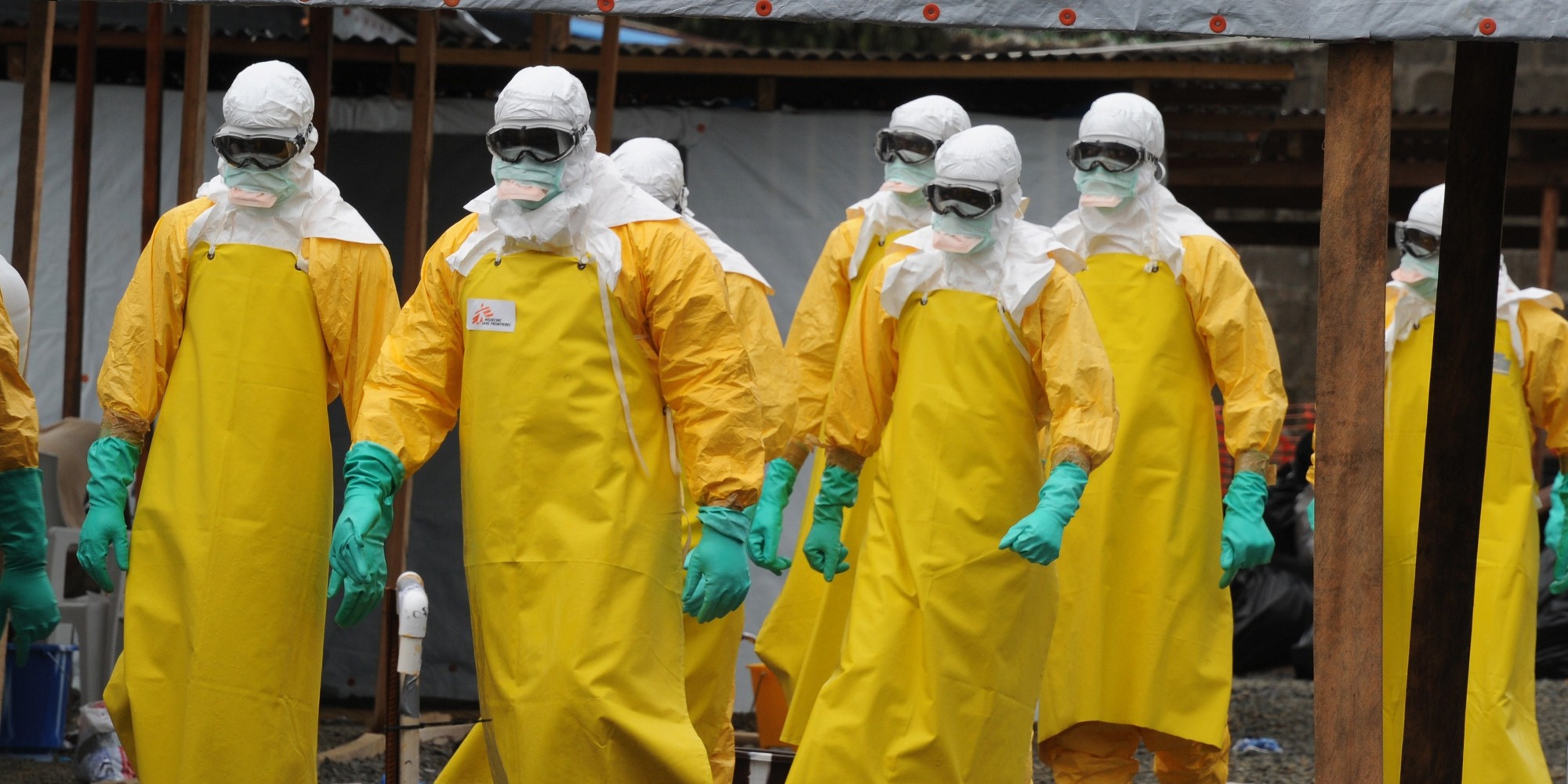 Health care workers, wearing a protective suits, leave a high-risk area at the French NGO Medecins Sans Frontieres (Doctors without borders) Elwa hospital on August 30, 2014 in Monrovia. Liberia has been hardest-hit by the Ebola virus raging through west Africa, with 624 deaths and 1,082 cases since the start of the year. AFP PHOTO / DOMINIQUE FAGET (Photo credit should read DOMINIQUE FAGET/AFP/Getty Images)

The West African Ebola outbreak largely took the world by surprise. As a result, the global response to the epidemic – which has now killed 10,000 people – was slow. Despite the pleas of Doctors Without Borders for action in April 2014, it took until early August for the World Health Organization to declare the outbreak a Public Health Emergency of International Concern and then another three months before the WHO intervention was on the ground.

Australia’s response was even slower. An initial contribution came from Australia in mid-August, which was followed by months of discussion before the early November announcement that Australia would fund the running of a treatment centre in Sierra Leone – a centre that began seeing patients only in mid-December.

The glacial pace with which Australia (and much of the global community) acted is perhaps not surprising given the massive distance from West Africa to our shores.

But if there is a disease outbreak in our region, will we be able to respond faster and stop an outbreak in its tracks?

Such an outbreak is likely. Over the last 12 years, there have been three major outbreaks of mutated influenza strains or respiratory disease that emerged from our region: SARS in 2003, H5N1 in 2004–05, and the current H7N9 emerging from China. Most experts believe that another mutation – perhaps of greater virulence – is almost inevitable over the coming years as humans and animals interact more often in the shadow of urbanisation and resource constraints.

The Australian Medical Assistance Team (AUSMAT) is a world leading emergency response team that has contributed to the response to catastrophic events such as the Pakistan floods, Philippines typhoon and most recently the Vanuatu cyclone. But Australian government officials have admitted [paywall] that AUSMAT was not designed for treating infectious disease outbreaks and indeed AUSMAT was held back from the Ebola response partly because the Pacific cyclone season was commencing in late 2014.

The lessons from the Ebola outbreak make clear that epidemics need to be addressed where they originate – before they spread. Even with Ebola, which is actually very difficult to transmit from one person to another, the disease spread to Europe and the United States. With an airborne outbreak such as influenza, a rapid response is even more vital.

Our Prime Minster has repeatedly stated that it is the first priority of the Government to ensure the safety of Australians. Therefore the government must urgently ensure that there is capacity to respond to an outbreak in our region whether that be in Papua New Guinea, Indonesia, Hong Kong or elsewhere. An Australian team of first responders with infectious disease expertise must be ready to act immediately – not five months after detection. AUSMAT already has multi-disciplinary teams on standby ready for natural disasters made up of doctors, nurses, pharmacists and logisticians. Identifying and preparing such teams for infectious disease outbreaks – including suitable equipment such as personal protective gear – is eminently feasible and necessary.

The Australian response is only one piece of the epidemic preparedness that is needed.

The other major lesson from Ebola is that epidemics prey on countries with weak health systems. Liberia, Sierra Leone and Guinea all lacked the people, policy and products to respond to disease outbreaks. Having spent time in Liberia, PNG and Solomon Islands, I can confirm that the health systems of those countries have a great deal in common: dire shortages of health workers; a tendency to lurch from one crisis to another in the absence of a strong national plan; and a lack of appropriate equipment and medicines where they are needed most.

In order to protect Australia, we need to ensure that our nearest neighbours, from which epidemic outbreaks might emerge, are ready to respond before the epidemics get out of control. But rather than strengthening their ability to respond, Australia has dramatically cut its aid budget. Beyond the argument that providing aid saves and improves the lives of those in our region, there is a national security imperative at play. The massive aid cuts will reduce the funds available to our neighbours to build their capacity to protect themselves – and us – from disease.

This means investments in training nurses and doctors, in building effective and rapid epidemiologic tracking systems to identify outbreaks early, strengthening procurement networks to get drugs to the people who need them and –most of all – improving health governance. This is not the normal aid spending that we like to see on glossy brochures of acute one-off care but rather requires long-term commitment and partnership.

While strengthening border control and building submarines and jet fighters is part of national defence, so is epidemic preparedness. And smart, targeted aid spending to bolster our neighbours’ health response systems is a core part of a security strategy for the modern era. If an epidemic emerges in our region and impacts Australia, we will have to question whether enough was done to protect Australians and our interests in the region.