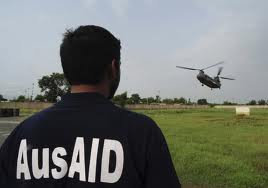 We write this post with a concrete proposal in mind: that AusAID establish a mediation unit to support peaceful conflict resolution, a necessary precondition for effective development strategies and aid programs.

Improving its preventive diplomacy capabilities would not only be a gesture of goodwill by AusAID to Australia’s neighbours and the international community but an exercise in improved aid efficiency. Consensus has emerged that effectively managing and preventing violent conflict is an integral component of reducing poverty and achieving sustainable development, as noted in the World Bank’s 2011 World Development Report. It has also been shown that to take action to resolve or prevent conflict at an early stage is more cost effective than attempts to resolve, restore or repair once conflict has erupted.

Roughly three quarters of Australia’s $4.8 billion in ODA in 2012 will be put to use in the Asia Pacific region. Such prioritisation is warranted; 18 of Australia’s 20 closest neighbours are developing nations, 12 are viewed as fragile by the OECD DAC. Seven of the top ten recipients of Australian ODA are considered fragile. To maximise the long-term effectiveness of Australia’s aid expenditure, greater resources need to be allocated to expanding AusAID’s conflict resolution and prevention capabilities. Deficiencies currently exist in this vital portion of the agency’s skill set, particularly in the area of mediation.

Mediation is not a new concept. It is enshrined as a key tool for pacific conflict resolution in Chapter 6 of the UN Charter. Since the end of the Cold War it has gained in prominence, first through the invigoration of interest in preventative diplomacy as championed by former UN Secretaries-General Boutros-Ghali and Annan, and second through the mediated peace settlements of a number of high-profile conflicts, including: the Oslo Accord in 1993, the Aceh Memorandum of Understanding in 2005, and the Kenyan National Accord and Reconciliation Act in 2008. In the previous two decades the field of mediators and facilitators has expanded to include a diverse range of actors, including individual states (e.g. Norway in the Israeli-Palestinian Peace Accord), global and regional intergovernmental organisations (e.g. the African Union and the UN in Kenya) and civil society (e.g. a Helsinki-based NGO in the Crisis Management Initiative in Aceh).

An opportunity exists for AusAID to adopt and develop its own capacity for mediation, with a particular focus on working to resolve and prevent intrastate conflict within Southeast Asia and the Southwest Pacific. The practice’s value has been identified in AusAID’s recently published Framework for working in fragile and conflict-affected states: Guidance for Staff[ [pdf] report. In a compelling depiction of the fragility and conflict that impedes the effective provision of development assistance, the report outlines how Australia’s ODA could help build robust and inclusive political settlements by supporting mediation and negotiation efforts.

Though this is encouraging in theory, greater investment in Australia’s practical capacity should be made. Further, while AusAID has previously funded both targeted mediation programs and broader peacemaking initiatives, they were ad hoc investments that lacked a dedicated support capacity for dialogue and mediation. While a limited capacity is included within the broad operational directive of the Fragility and Conflict Branch of AusAID’s Humanitarian and Stabilisation Division, the proven utility of mediation as a tool for conflict prevention and resolution, coupled with the unique circumstances that Australia faces regionally, supports the view that AusAID’s policy towards fragile and conflict-affected states could be strengthened through the development of a mediation unit.

We encourage the adoption of a greater commitment to mediation and dialogue within Australia’s foreign policy. AusAID, being well-resourced and intimate with the region, is best placed to develop a formalised approach to mediating and resolving intrastate conflicts. And with such a high percentage of our ODA going to fragile states, a dedicated mediation capacity would be both practical and effective.

Such a unit could establish in-house mediation knowledge and the capability to provide both direct mediation and indirect office support in regional intrastate conflicts and; provide expert advice on the effective allocation of ODA across regional organisations, the UN and NGOs for targeted and broad mediation activities. Through a dedicated mediation capability Australia would play an enhanced role in ending and preventing deadly conflicts within its neighbourhood.

Nate Shea is a Master of International Relations student at the University of Melbourne with an interest in peaceful conflict resolution and mediation. He is currently undertaking research for a thesis on NGOs as mediators in intrastate conflicts, with a focus on the Aceh Peace Process. He also holds a Bachelor of Arts from the University of Queensland majoring in journalism.

John Langmore was the Director of the Division for Social Policy and Development in the UN Secretariat between 1997 and 2001 and the Representative for the ILO to the UN in 2002 and 2003.  He is now a Professorial Fellow at the University of Melbourne and takes a graduate subject on the UN and the issues with which it deals.

Aran Martin is a project officer for the Centre for Dialogue’s Australia China Dialogue Project   and editor of the journal Global Change, Peace & Security. He has experience in community mediation, documentary filmmaking and capacity building projects with culturally and linguistically diverse (CALD) communities. His research interests include mediation in intrastate conflicts and water disputes, resource politics and export controls in the context of climate change (with a focus on coal and uranium), and the international relations of China.