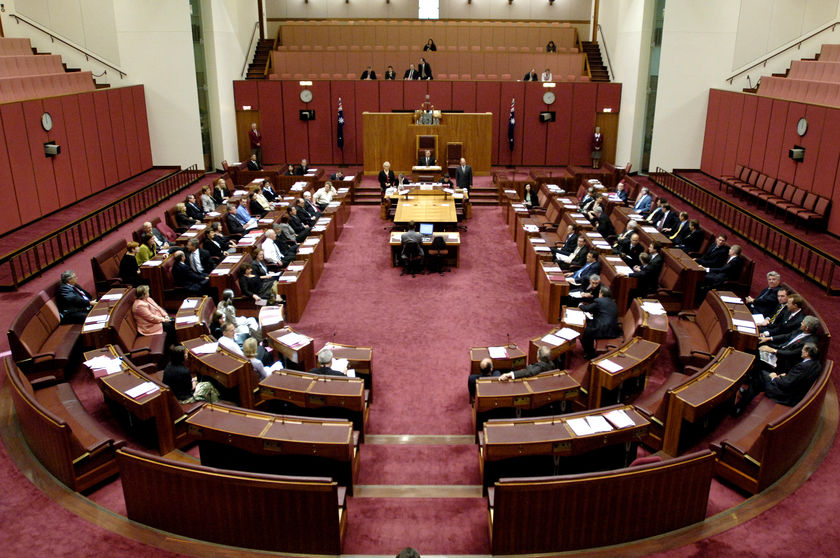 Every four months, AusAID senior management faces questioning by Australian Senators during the ‘Senate Estimates’, part of Australia’s budget process. A transcript of the latest proceedings from the 16th Februrary AusAID appearance at the ‘Additional Senate Estimates’ is available here (starting from page 81) [pdf].

These Senate Estimates hearings are opportunities to promote disclosure and transparency around the aid program. Here are some highlights from the latest transcript.

The Asian Development Bank and AusAID railways project [pdf] aims to rehabilitate Cambodia’s 650 kilometers of railway infrastructure. It has been closely monitored and become controversial (see this new report[pdf] from Bridges across borders) due to problems of forced resettlement and inadequate compensation.

AusAID has already spelt out here what they are doing about the resettlement problem, but what was interesting about the Estimates hearing was that AusAID actually admitted that there were “problems with the resettlement of this program”. The existing statement on the AusAID website only acknowledges the possibility that resettlement “can potentially lead to negative impacts.”

There was also a much more explicit statement of the defence for Australia’s engagement in the railwsay project which James Batley summed up as follows: “… with the combined work of ADB in the lead and also AusAID advocating for improvements in this program, we have achieved better outcomes for the people who have been affected.” In other words, it would been a worse project without us.

Other topics of interest

Budget and aid reforms AusAID Drirector General Peter Baxter’s opening statement focused on the upconing 2012 budget which will see the release of the new 4-year aid budget strategy, and the new 3-tier results framework for the aid program. Baxter also claimed that the Government had already implemented in full 27 of the 38 Aid Review Recommendations which the Government had agreed to.

TB in the Torres Strait. The day of the hearings was the last day of Australian Torres Strait TB clinics on Boigu and Saibai . However, many PNG patients are still attending these clinics (on the day of closure, 70 at the Saibai one, of which 20 were new, according to Senator Boyce). And in fact these clinics are not being closed but instead being run as “joint handover clinics.” While the Daru Hospital is being strengthened, and new clinics are being opened, Peter Baxter confirmed that “we will not be transferring any patients back to the Western Province without established community support in their local area.”

Australian aid to Burma. The Burma aid program has been increased to $50 million, making Australia the second largest donor. Our aid is delivered by multilaterals and NGOs, still not through government. However, AusAID is “talking to the Burmese government about how they may be able to be assisted to deal with what is a much enhanced level of interest  by donors from the EU and the UK”

Global Fund for HIV, TB and Malaria. Australia is not planning an increase in funding to cover the Global Fund shortfall.

Fraud within the aid program. A subject of most estimate hearings, the question of the levels of fraud within AusAID was again raised, with AusAID highlighting that only 0.2 per cent of the program was under investigation, a very low amount.

Use of contractors and advisers. AusAID emphasized that the use of contractors had halved as a portion of the aid budget and that the number of advisers used in the program was targeted to fall by 320, of which some 191 have already been phased out.

The mutilateral assessment “is being finalized” and “will be out shortly.” There will be an annual rating of multilateral agencies.

Libya. Australia has provided $44.6 million in humanitarian support, but is “not expecting to be a significant player by any means in Libya’s future development.”

Zimbabwe. AusAID opened an office in Harare at the end of 2011. Australia is the third largest donor in Zimbabwe. The approach is ‘humanitarian plus’, that is, humanitarian aid plus worth with parts of government not under the control of ZANU PF (Mugabe’s party).