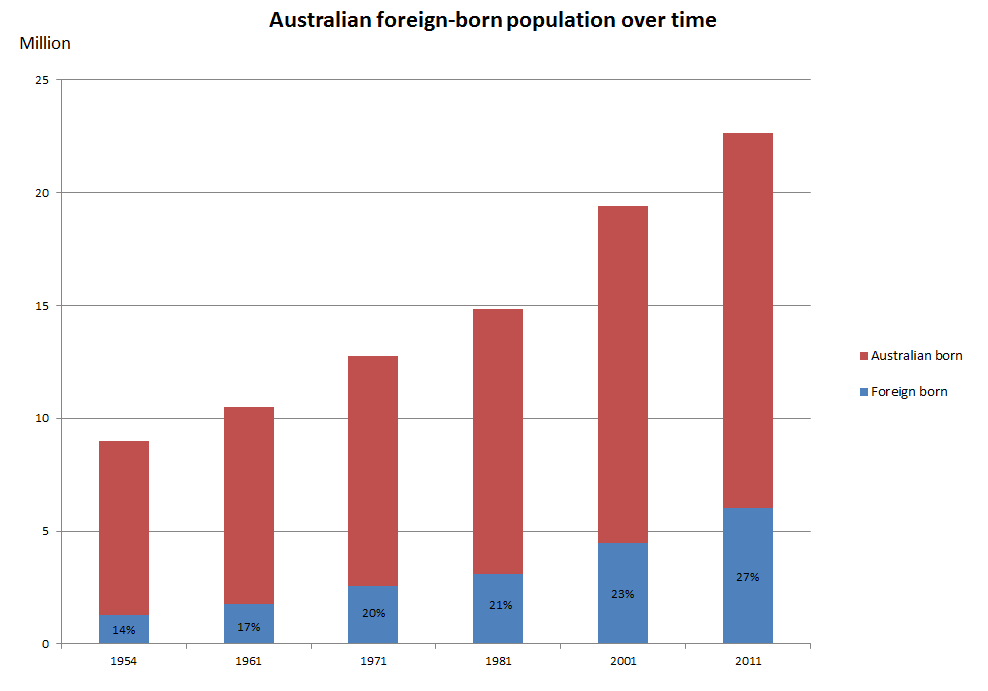 Earlier this month I wrote an in brief discussing some ground-breaking analysis published in the OECD’s International Migration Outlook 2013. That piece was only scratching the surface of the wealth of migration information reported on in the OECD report. What is particularly striking is how Australia stands out from the pack in a number of ways, as a migration giant.

In summary, the OECD report shows that Australia is one of the top three countries in the world in terms of: proportion of population born overseas; net migration inflow rate; proportion of foreign students in tertiary education; and share of working holiday makers worldwide.

There are only three OECD countries with more than a quarter of their population born overseas, and one of them is Australia. The other two are Luxemburg (which is tiny) and Switzerland. Almost 6 million (26.6%) of the Australian population in 2011 were born overseas, including this blog’s author (and our new Prime Minister). 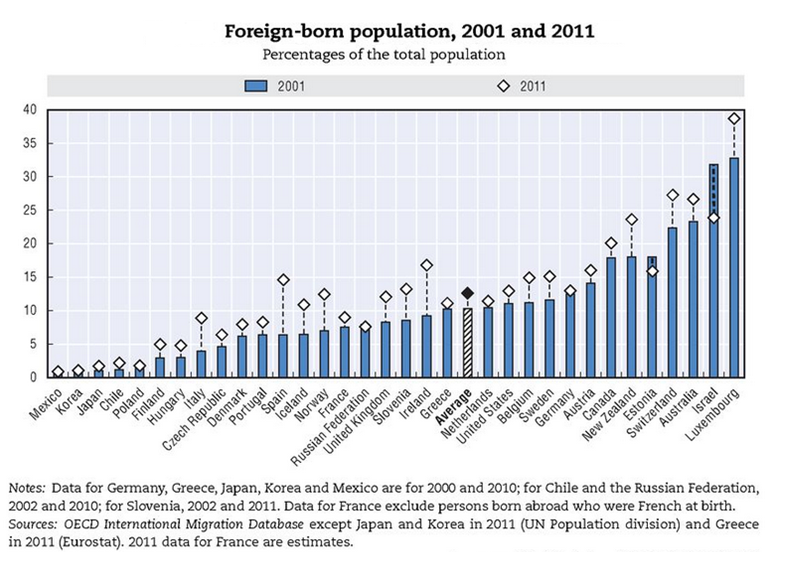 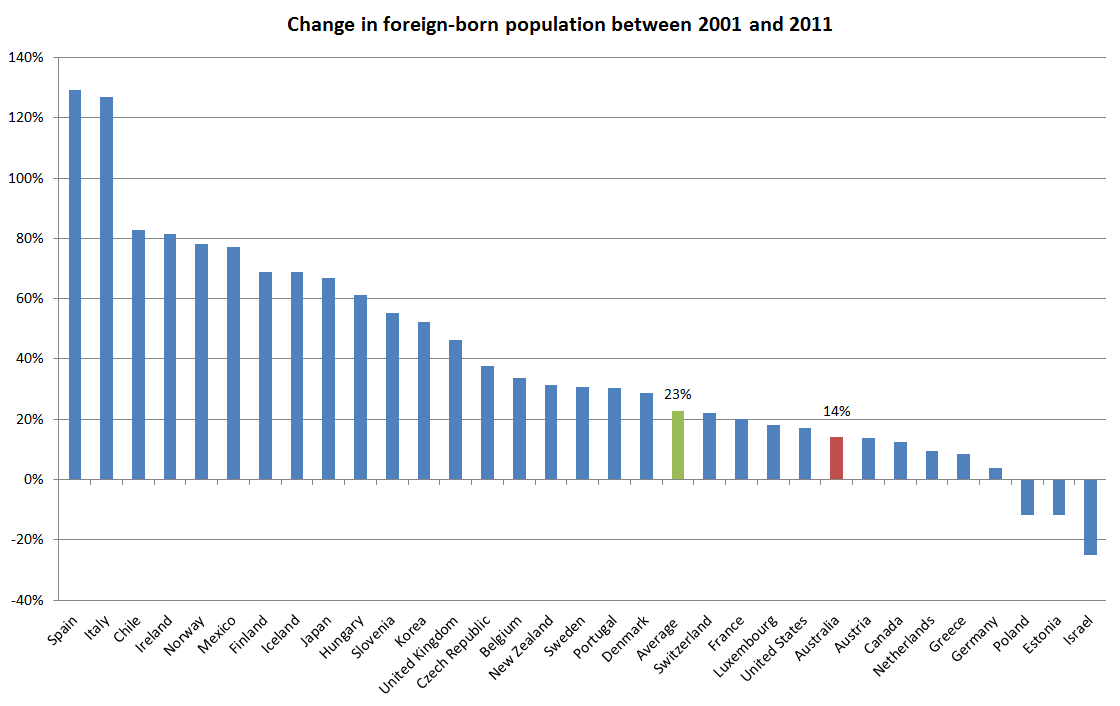 Taking a look further back in time we can see that Australia’s foreign-born population has been steadily growing over the past half-century, with the growth rate in foreign-born Australian’s growing at under 20% a decade (or 2% a year, on average).

The composition of our migration population shows much more rapid change. This graph compares the composition of the 2011 intake with the 2001-2010 average. It shows that the proportions coming from China, India and the Philippines has grown, while that from UK has fallen. 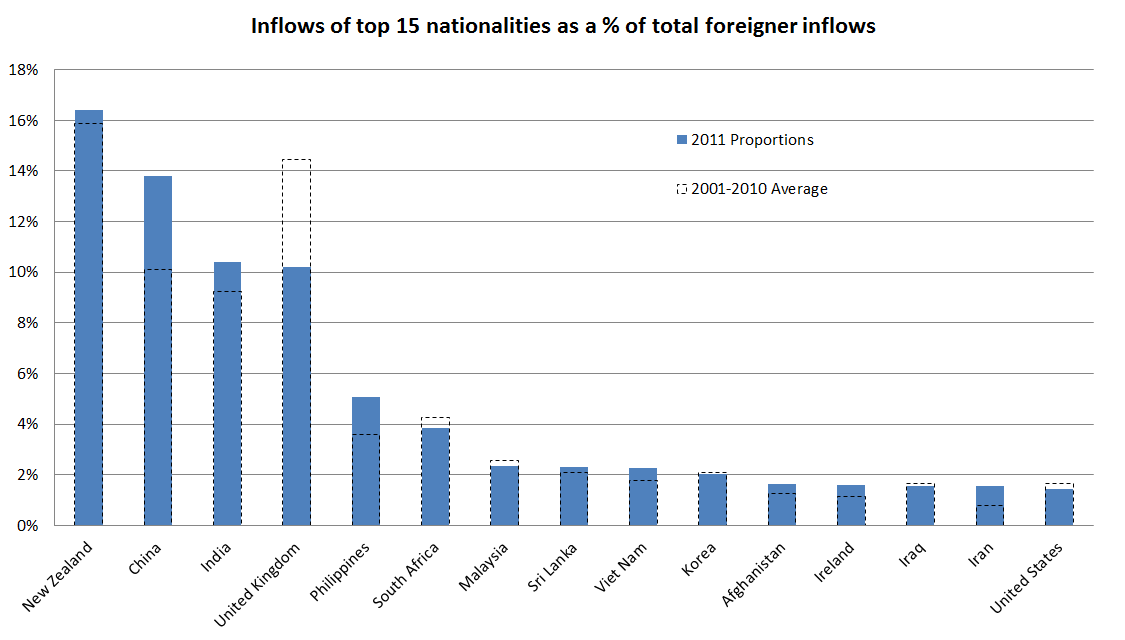 Australia’s net migration intake is also the second highest in the world, again after Luxembourg. Australia is only one of three countries with net migration inflows above 10 per thousand population. 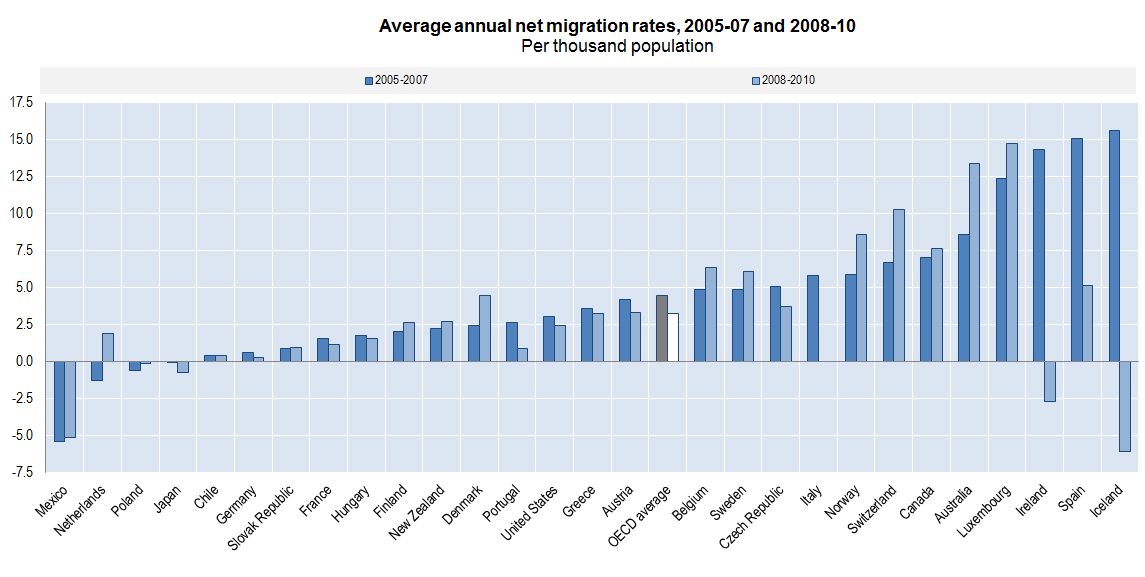 It is not only permanent migrants who are bolstering Australia. 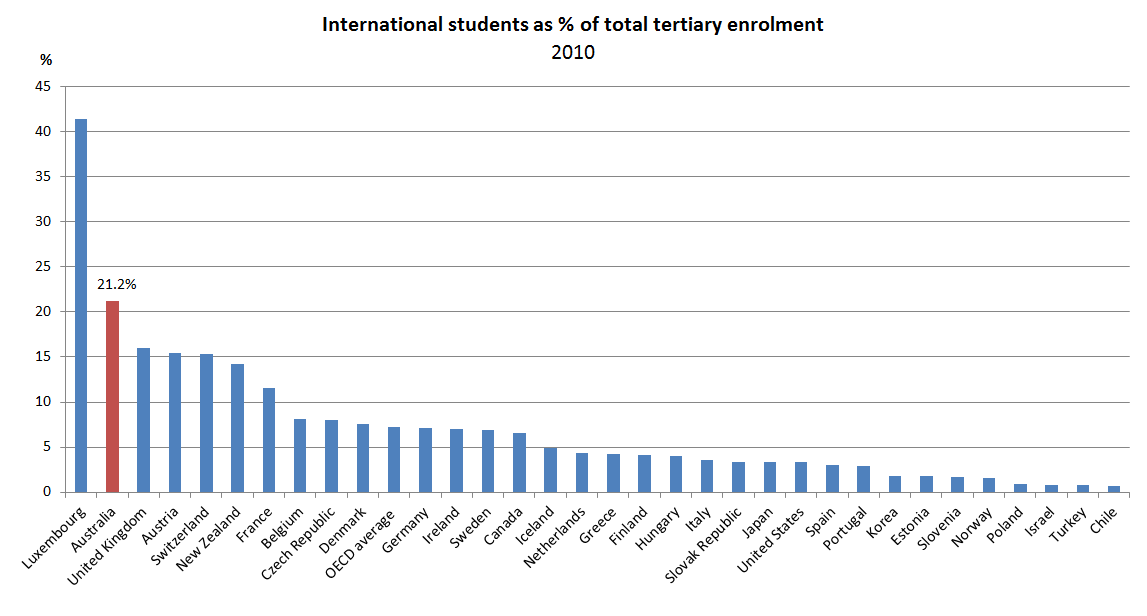 We have documented in the past the adverse impact working holiday makers (and in particular backpackers) have had on the taking up of the Australian government’s Seasonal Workers Program. The report shows that Australia in fact runs one of the two biggest working holiday schemes in the world. In 2011 almost 45% of the world’s working holiday makers were located in Australia. Germany is the other giant, accounting for 47% of total seasonal workers in 2011. 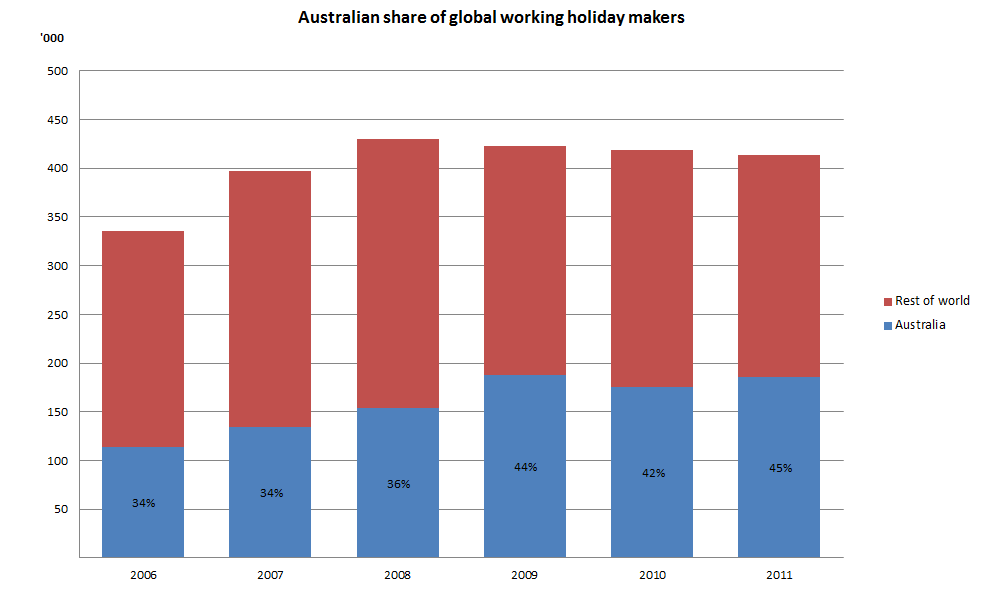