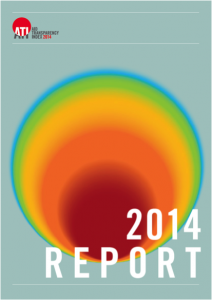 Australia was ranked 25th among the 68 aid providers assessed in the 2014 Aid Transparency Index, one rung lower than last year, putting it in the ‘fair’ category. Australia’s score actually improved by more than two percentage points, to 45.9 per cent, but others’ scores improved more, hence the slight drop.

The United Nations Development Programme was ranked first, followed by the UK’s Department for International Development, the US’s Millennium Challenge Corporation, GAVI and the Asian Development Bank. China, as last year, brought up the rear. New Zealand plummeted from 18th to 26th place, though the decline in its score was only 2.5 percentage points.

Australia’s overall score is a weighted composite of scores on three sets of indicators, as below, with data on each indicator collected in the period from April to June 2014.

The Australia section of the report’s interactive website notes that ‘only a limited amount of project-level information that was previously available through the AusAID website can now be directly accessed via DFAT’s website’ (something we have also flagged). It comments also on the missing ‘Blue Book’ at budget time. However, it’s not clear that the sorry state of DFAT’s website during the data collection period had much, if any, impact on Australia’s overall score.

Perhaps that’s because it is still possible to find most old AusAID project documentation, unlinked yet undeleted, in nooks and crannies of the website via a search engine. Moreover, the methodology used in the compilation of the Aid Transparency Index advantages those who report a reasonable amount of information in ‘machine readable’ format to the International Aid Transparency Initiative (IATI), as AusAID did and DFAT continues to do, even if such information is not always terribly illuminating, or is already in the public domain. This appears to account for the improved score for organisation-level information this year: some additional but already-public material was published to IATI.

While the 2014 report, from our perspective, scores Australia much too generously, it does criticise Australia for its ‘unambitious’ IATI implementation schedule and urges the Australian government to establish specific timelines and delivery targets with a view to achieving full implementation of IATI’s reporting standard by the end of 2015. It calls for the inclusion of links to project documents in Australia’s IATI reporting and recommends that Australia establish an open data portal (which would sit atop the raw information in the IATI registry) for information on Australian aid.

The report also urges Australia to ensure that its Open Government Partnership (OGP) Action Plan includes a commitment to aid transparency—but the authors might not be right in assuming that the present Australian government is as committed as the former one to the OGP.