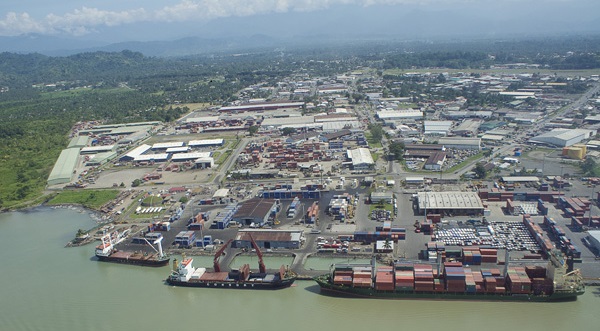 Going back almost a decade now, several prominent national and international development thinkers have urged Australia to set up a Development Finance Institution (DFI) to support the private sector in our region. The first to do so was former World Bank Vice President for Asia and the Pacific Jim Adams, back in 2013. Former Parliamentary Secretary for International Development Bob McMullan endorsed the idea the following year. Clay O’Brien, a veteran development finance specialist, revived the proposal in 2018.

Rather than heeding any of this advice, the government decided instead in late 2018 to give Australia’s export credit agency, Export Finance Australia or EFA, additional lending powers to support overseas infrastructure projects. At the time, Matthew Dornan and I criticised that idea, reminding the government of the virtues of establishing a DFI.

According to its latest announcement, from just last week, the government still doesn’t intend to set up a DFI, but will give EFA DFI-like functions. It now plans to authorise EFA to take an equity stake in overseas projects (rather than just lend to them). These projects could be in infrastructure, or other “sectors of economic significance”, as Trade Minister Dan Tehan put it in his press release.

It is not hard to work out the rationale for this announcement. Infrastructure projects are risky, and need equity before they can seek debt. And, as the announcement makes clear, it is not just about infrastructure. When a Chinese company offered recently to build a fish processing plant in Daru, there was little the Australian government could put forward by way of a counter-offer. Now it might be able to work with an Australian company to put an alternative proposal on the table. Australian business is withdrawing from rather than stepping up in the Pacific. The provision of equity support is one way to address that worrying trend.

For some, this sort of reform blurs the distinction between the government and the private sector, and at worst is a form of corporate welfare. However, international experience suggests that, given weak capital markets, there are huge benefits from international support for the private sector in developing countries, provided that the support is well managed and subject to robust governance checks.

Most Western countries provide such support through a DFI, a public sector, profit-making company that provides a range of services – equity, debt, insurance and guarantees – to support private sector growth in developing countries. These DFIs vary from the very old (the UK’s Commonwealth Development Corporation was created more than 70 years ago) to the very new (Canada’s Findev was established in just 2018).

A few countries have, like Australia, not created a DFI but instead given their export credit agency the authority to make equity investments. Japan’s JBIC and Korea’s Eximbank both make equity investments in developing country projects backed by Japanese and Korean companies, respectively. But these two organisations have much bigger roles than Australia’s EFA. They are also responsible for a large chunk of their two countries’ aid programs. And they are the exception to the DFI-rule.

It is far from clear that, in the case of Australia, giving DFI functions to EFA is the best way to go. There certainly hasn’t been any public discussion of the matter, let alone an inquiry. EFA knows a lot about Australian exports. It knows less about the developing countries in which it will now be required to invest. And EFA’s objective is to help not developing countries but Australian businesses. That could lead to government support for projects that are profitable for the latter but not good for the former, for example, if they are profitable because of monopolistic practices.

In the absence of a DFI, it perhaps makes sense to do as the government has just announced, and give EFA the power to make equity investments in private sector projects in developing countries. But it would be better still to follow the example of the US, Canada, the UK and most of continental Europe and create a stand-alone Development Finance Institution.