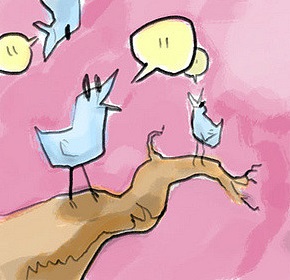 But we can also take a quantitative approach to looking at aid communications from DFAT by examining how frequently it communicates on the aid program compared to other priority areas. As noted in the first post in this series, the former AusAID’s social media channels were closed down after it was integrated, so the DFAT account now has the bulk of responsibility for sharing information about Australian aid.

Taking a sample of DFAT’s tweets – the last 200 tweets made by @dfat prior to the time of writing (20 June 2016) – only 45 tweets, or 23 percent of the total, were about aid-related initiatives. (Note: this sample did not include retweets or replies, but did include duplicate tweets made during the period.) In another sample period (Oct 25-Nov 24 2015), aid tweets comprised only 10 percent.

(See the method notes at the bottom of the page for more detail on how this analysis was undertaken.)

If we expand the sample to include retweets of other content (the large majority of which came from other DFAT social accounts, such as those of in-country representatives) and DFAT’s tweets (but not replies to other tweets), in the same sample period (May 4-20 June 2016), the percentage of Twitter content on aid-related initiatives was 26 percent, or 78 out of 296 total tweets and retweets. For Oct 25-Nov 24 2015, it was 9 percent.

We can also look at the stories on the DFAT website (collated here) over the same period. During the 2016 sample period, 79 news stories were published – 32 stories, or 40 percent, were on aid work. Half of these stories (16) were on the Australian Volunteers program. A quarter (8) were on sport for development initiatives. In the Oct 25-Nov 24 2015 period, only 7 stories were on aid, or 9 percent of total stories on the DFAT website.

It is worth noting that at the time of writing (mid-July 2016), and earlier in June when initial analysis was undertaken, there were no stories about aid featured anywhere on the front page of the DFAT website, despite there being very recent aid stories under the ‘more news’ section. Diplomacy and trade content was given priority on the front page.

We don’t have a true pre-integration baseline, because the AusAID social accounts and website were of course 100 percent dedicated to talking about the aid program and development issues, and social media use has only grown in importance over the past three years. But using the Wayback Machine, I’ve compared the number of stories about aid on the AusAID website in a similar sample period with DFAT’s efforts, as well as the volume of tweets.

I’ve summarised the findings from the two sample periods, and made some comparison with AusAID’s efforts during the same time period in 2012 and 2013, in the table below.

*Note: stories that may have been published on 22 and 23 November 2012 were unable to be accessed in the archive.

These are arbitrarily chosen samples, but they do give some picture of how much these platforms are dedicated to aid communications. (Note that the 2016 sample does cross over with part of the pre-election caretaker period, but otherwise there are no reasons to think the samples are atypical.)

There was some considerable improvement between the 2015 and 2016 sample, bringing up the number of news stories on aid on the DFAT website to a similar number as were on the AusAID site in a comparative period.

More aid tweets and more aid stories would be nice, but the more fundamental problem is the unwillingness to take a user-friendly approach to the aid program, as exemplified by the oh-so-boring main aid web page highlighted in the first post in this series. In the third and last of these posts, we’ll look at what other aid agencies are doing, and some simple ways that DFAT can do better.

Notes on method: Currently available Twitter extraction tools only enable the last 3200 tweets per account to be download, which played a role in selecting sample periods and ability to include retweets. Tweets were downloaded as an Excel spreadsheet and then individually coded by whether they were primarily about an aid-related topic (defined as aid-funded work or an issue closely related to aid and development, i.e., World Malaria Day, humanitarian assistance, InnovationXchange) or not. Only the primary DFAT Twitter account, and anything it retweeted, was analysed – so this does not include offshoot accounts (i.e., @AustraliaAwards) controlled by DFAT or aid contractors. Website stories were extracted to an Excel spreadsheet and were coded in the same manner as tweets. Facebook was not included in the analysis due to a lack of tools to easily extract posts.