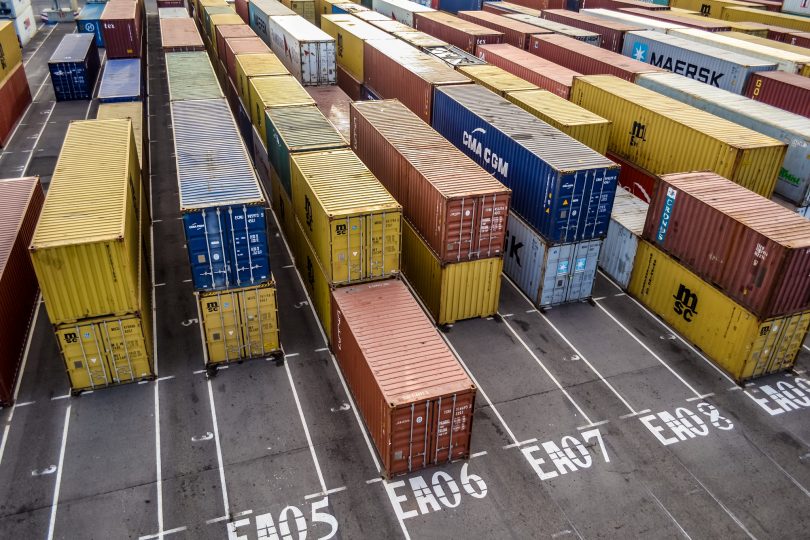 Australia’s motives for providing foreign aid have always included a mix of both altruism and self-interest. The Aid Policy states that the purpose of Australian aid is “to promote Australia’s national interests by contributing to sustainable economic growth and poverty reduction”. National interest objectives are not defined by the statement, but are commonly understood to include political, strategic and commercial benefits (of which trade is an important source).

In a discussion paper published this week, we explore the long-run effects of foreign aid on Australian exports – an important source of commercial benefit. Our analysis draws on Australian export and aid data from 1980 to 2013 to Asia. Unfortunately, data requirements prevented us from analysing Australian aid and exports to other regions.

We also assess the impact on Australian exports of ‘untying’ the Australian aid program from the purchase of goods from Australian businesses. This practice was discontinued in 2006, as part of a broader move away from tying due to concerns about its impact on aid effectiveness, and according to the OECD data, led to a significant reduction in the percentage of aid tied to Australian suppliers (though note the percentage was already in decline; Australia, for example, had previously untied aid to LDCs in 2001).

The paper is primarily empirical in nature. We do not discuss the merits of poverty alleviation vs national interest objectives for the aid program (for public attitudes on this, see this survey). Though we do of course note the Coalition government’s emphasis of the national interest in discussions of aid, as well as its prioritisation of aid for trade. The Foreign Minister lamented only earlier this year that “Australia’s $3.8 billion aid program is often seen through the outdated lens of some sort of benevolent charity.”

We are also cognizant of periodic return to debates around tying of aid to Australian exports – a strategy (still) advocated by some on the Australian Right and vigorously opposed by a majority (sometimes with reference to boomerang aid, which we were interested to learn is a term that Sir Michael Somare claims he invented in the context of Australia’s aid for technical assistance in PNG) .

Before presenting our results, it is worth briefly detailing the mechanisms through which we might expect foreign aid to affect exports.

These include direct mechanisms, through which foreign aid funds are used to purchase goods and services that are sourced from the donor country – whether as a result of aid ‘tying’ or less overt mechanisms.

They also include indirect mechanisms, such as: (i) macroeconomic effects (to the extent foreign aid increases incomes, this enhances the ability of the recipient to purchase exports, including those of the donor); (ii) goodwill effects (aid may generate goodwill in the recipient country, leading to purchase of products from the donor), (iii) the creation of networks and linkages between the two countries; and (iv) demonstration effects, or the promotion of donor products by aid programs whether through implicit or explicit means.

The direct mechanism, through which aid is used to purchase products from the donor, is the most obvious way through which aid could increase exports from the donor to the recipient. However, international evidence suggests it is not the most important mechanism. Many of the empirical studies that have identified a relationship between aid and trade conclude that aid increases exports by a magnitude of more than one (or that $1 of aid increases exports by more than $1). This suggests that other indirect mechanisms must also be at work – something that is consistent with our findings.

The extent of the effect that Australian aid has on Australian exports in our models is greater than that of studies from other countries. There are two likely reasons for this: one methodological (we focus on the long run whereas many studies focus only on the short run), and the other to do with our sample (Australia is an open economy and has deep trade links with Asian countries to which it also provides aid; a point of difference with European donors that largely provide aid to sub-Saharan African countries).  In any case, that difference is consistent with the only other quantitative analysis to include Australia, which using data from before 1992, found that Australian aid and exports were more closely linked than in the case of any other OECD donor country (with the sole exception of New Zealand).

As noted earlier, our sample period (1980-2013) covers both a period (pre-2006) in which the Australian aid program was tied to use of Australian contractors, and a period (from 2006) in which it was not. This allowed us to assess the impact of ‘untying’ on the commercial benefits to Australia of its aid program.

The result? Our findings hold across both periods, with no reduction in impact in the period from 2006. That can partly be explained by the limited impact untying has had on aid contracting. Australian-based companies (and NGOs) have continued to receive the bulk of contracts even after the aid program was untied. OECD data shows that in 2007, just after the untying of the aid program, 95.82% of Australian aid contracts by value were awarded to companies based in Australia. In 2014 after 8 years of the policy being in effect, that figure had declined, but only very modestly, to 89.69%.

Though a factor, the magnitude of our results (in which the long-run average effect of $1 of aid is $7.1 in exports) suggest that this is only a small part of the explanation for why the decision to untie Australian aid has not adversely affected Australian exports. The more important explanation is the fact that indirect mechanisms linking aid and trade — including long-run macroeconomic impacts, goodwill effects, network and linkage effects, and demonstration effects — are more important than direct mechanisms.

This final conclusion calls into question periodic appeals to tie Australian aid to Australian suppliers. Even in a context where the national interest has been given greater emphasis by the Australian government, our results show that the ‘tying debate’ (if it can be called that) is at best a distraction. Aid increases exports more significantly through other (non-tying) channels. Our analysis further demonstrates that Australia’s aid program is already serving Australia’s commercial interest through its impact on exports. This should come as welcome news to a government intent on demonstrating the national benefit to Australia of its foreign aid program, even while use of Australian contractors raises alarm among some in the development community.

Matthew Dornan is Deputy Director and Sabit Otor a Research Associate of the Development Policy Centre.