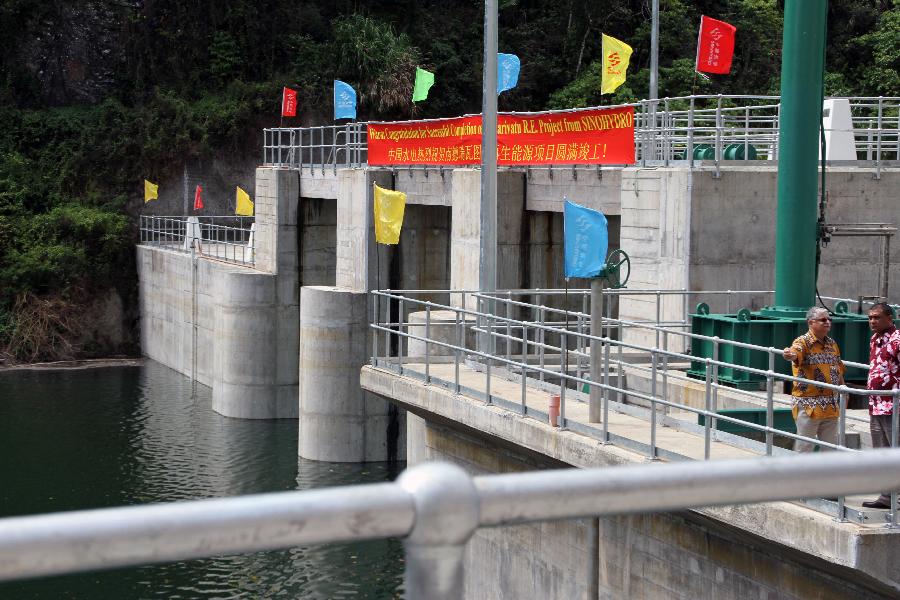 A recent excellent article by Stephen Howes argues that it is contradictory of Australia and NZ to have influenced the World Bank (WB) and Asian Development Bank (ADB) to not lend to Fiji while increasing their own aid to Fiji.

Howes was concerned that the WB and ADB appeared to be instruments of rich countries like Australia, rather than “problem-solving tools for all countries”.

All well and good.

But then Howes also noted that “some” (not necessarily Howes himself) “are worried about Fiji turning to China” and “that’s another reason for letting the WB and ADB operate in Fiji. The WB-supported hydropower project that was under preparation at the time of the coup is now being implemented with a loan from China.”

The argument is now not about what was good for Fiji, but about the threat posed to Australia and NZ by the rapidly rising Chinese influence in Fiji and loss of building contracts to China.

On the finance side, is the Chinese loan more advantageous to Fiji than a loan from either WB or ADB in terms of grace periods, interest rates, and possible write-offs down the line? We do not know because the Fiji regime is typically not revealing any information.

With the hydro project being built by a Chinese company, the Fiji public has to be worried about building standards. Currently, a dispute between Fiji’s Public Rental Board (PRB) and the China Railway Group has brought a half-built low-cost housing project in Suva to a stand-still.

The dispute is not just over the cost over-run (apparently by more than 100%) but about building standards.

Concerned and perplexed Fiji citizens are asking how a housing complex could be half-finished without the PRB and the Suva City Council first giving their approvals to the plans. This question has much wider relevance in Fiji currently.

Since the 2006 coup, some development projects which have been approved are destroying valuable coastal marine environments (some in and around Suva itself), in complete contradiction of Fiji’s environmental laws and national objectives trumpeted weekly in the Fiji media.

Have the responsible civil servants been ordered to, and agreed, to fast-track particular projects without going through all the required regulatory approvals?

Might there be similar issues of standards with the hydro dam being currently built in Nadarivatu or the many roads that have been and are being built, using Chinese loans and a Chinese companies?

No one knows and the Fiji media will not allow such questions to be asked publicly, although one would hope that the Chinese Government, for its own international reputation, would not allow its contractors to dilute standards on such important projects.

Howes validly criticizes the WB and ADB for apparently listening to the rich countries (Australia and NZ) and breaking their own articles of association prohibiting political interference with loans decisions.

But for Fiji (and the Pacific) it is more important to ask why the World Bank (and ADB) would even follow Australia’s wishes in the first place.

One pointer is that WB’s Pacific Centre is not based in the Pacific Islands which it is supposed to serve, but in Sydney.

Sydney may be far more comfortable for the well-paid WB staff than an office in Suva or Vila, but more importantly it is also close to the Pacific’s “superpower” in Canberra, while many of WB programs in the Pacific are funded indirectly by AusAID.

The WB might reason that Australia and NZ have more expertise and experience in the Pacific than the World Bank can afford to develop itself. After all, the entire Pacific (excluding PNG) has only 2 million people- equivalent to a small Asian city.

It therefore makes financial sense for the Word Bank to follow Australia’s lead in the Pacific, even if the decisions made are totally contradictory to its own articles of association, and goes against the interest of Fiji, also a member of the World Bank.

There is another fundamental question that the World Bank and ADB need to answer, if Howes’ allegation is correct. Why would WB and ADB be working at cross-purposes with China, which is already a superpower in the Pacific by any objective criterion, with legitimate interests in expanding its trading, investing and foreign policy interests, like all other Super Powers before it such as UK, US, Australia or NZ?

Not too long ago in the Pacific, Japan was similar perceived by Australia and NZ, while six decades earlier, the “Ugly Americans” investing in Europe on the back of the Marshall Plan were similarly perceived by European countries.  But not any more.

In 2011, I asked a 2011 donors’ (US, Australia, NZ and Japan) meeting in Honolulu attended by Pacific diplomats why China was excluded from that meeting to discuss Pacific futures. There was no answer. (You can read more in this article: “Political instability and poor PIC economic performance: the economic challenges”. Islands Business, April 2011.)

Some might argue that China itself chose not to sign the 2009 Cairns Compact on coordinating Pacific development efforts. But the Fiji Regime itself had many concerns over the Compact being at odds with sovereignty over national development plans and possible manipulation of the Compact by the larger powers.

The exclusion of China from multilateral discussions is even more remarkable given that China is now a global superpower and rapidly making inroads into the management structure of global organizations like the IMF, WB, WTO, and eventually I guess, even ADB.

Note that in April of this year Australia signed a bilateral aid co-operation agreement with China and they have begun a joint health project in PNG (while China has a joint project with NZ in the Cook Islands).

Of course, Australia and China have common valuable natural resource interests (minerals and LNG) which their respective companies are exploiting in PNG, Timor-Leste and West Papua, whose benefits can be enhanced through bilateral agreements.

And let us not forget that it was Chinese imports from Australia which kept the Australian economy out of recession during the recent Global Financial Crisis.

For Australia to then simultaneously perceive China’s strengthening relations with Fiji (and other Pacific countries generally) as a threat to Australian interests appears to be cynical geopolitics.

Certainly, these bilateral agreements between superpowers do not necessarily help the Pacific islanders (the West Papuan struggle for independence has been virtually ignored by the superpowers).

From Pacific Islanders’ point of view, China is providing the kinds of assistance and loans that traditional donors have not, for example on infrastructure such as roads, that has the potential to create a solid base for development of the domestic economy. Some of the traditional donors’ aid appeared to be “boomerang” aid being sucked back to Australia and NZ as consultants revenues or skilled migrants.

Most Pacific Islands (not just Fiji), see China as providing some “competition” in the donors’ market, ensuring that they are not at the mercy of traditional donors.

Pacific Islands used to do that before with the traditional donors as well, until the latter’s recognition of wasteful duplication and increasing shortage of aid funds drove them to regular multilateral donor co-ordination exercises.

Instead of perceiving them as a geopolitical threat, Australia and NZ ought to be thinking about including China in all their donor “clubs” as an equal, transparent, and accountable partner, while still pursuing the easier bilateral options for mutual benefits.

That might also be good for the Pacific Islanders in the long run, even if their political leaders may not be too happy at losing a less demanding donor.