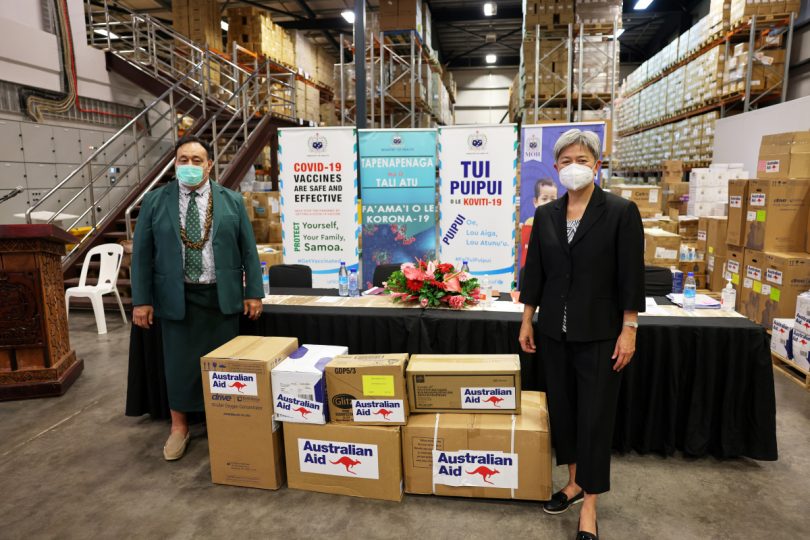 “All good things must come to an end”, I predicted glumly to myself over the weekend as I tidied data from a survey of Australian public opinion that we’d just commissioned. The good thing in this case was rising support for aid. Every year between 2019 and 2021, a growing share of Australians have said their country doesn’t give enough aid. And a shrinking portion has said they think Australia gives too much.

Before 2019, views about aid had been more or less static since 2011, when 42% of people in a representative sample told surveyors that Australia gave too much. Yet around about 2019 something – what, exactly, is unclear – changed, and Australians began to become more positively inclined towards aid.

So, why then was I busy distracting myself from Stata code last weekend, making glum predictions about good things coming to an end?

In a word: inflation.

Economic conditions have changed a lot since 2021, and people are feeling it in the pocket. Nothing, I figured, would quash Australians’ nascent internationalism more quickly than rapidly rising prices at the supermarket.

And yet, as I discovered to my surprise last Sunday evening, I was wrong. You can see just how wrong in the chart below, which shows results from all the representative public opinion surveys that Devpol has commissioned since 2015. 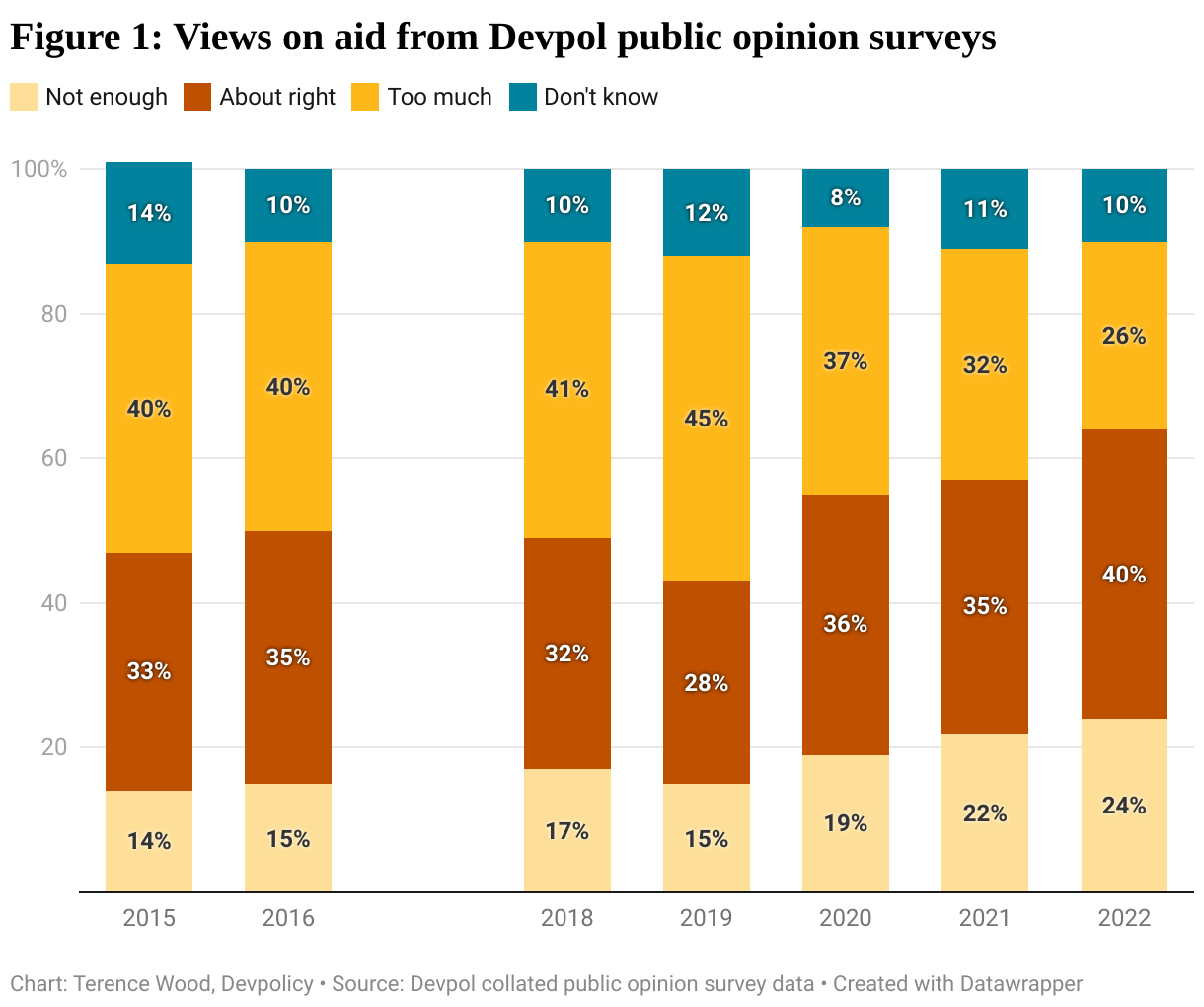 Instead of coming to an end, the trend actually continued. Indeed, if anything, hostility to aid fell faster between 2021 and 2022 than it did between 2020 and 2021. Now only 26% of Australians think their country gives too much aid – well below the pre-2020 average of over 40%. The percentage who think Australia gives too much is now only slightly higher than the percentage – 24% – who think Australia doesn’t give enough. In 2019, three times more Australians thought their country gave too much aid than thought it gave too little.

(For those with an interest in public opinion surveys: we’ve used the same survey firm since 2018, so survey company ‘house effects’ aren’t driving recent trends. We haven’t changed question wording. We provide accurate information on aid over government spending in our questions. All our surveys are based on broadly representative samples. The sample size in the 2022 survey was 1,010 people. The 2021 to 2022 fall in people who believe Australia gives too much aid is statistically significant (p<0.05). The 2021 to 2022 rise in people who think Australia gives too little aid isn’t quite statistically significant; however, the change in this measure between 2018 and 2022 clearly is. Lowy Poll data, based on a different type of question, also finds rising support for aid between 2019 and 2022. You can download our survey findings and details, including the findings of surveys commissioned by others.)

There’s an important message in our findings about attitudes to aid for the new Labor government, a government which seems to be planning to let aid fall in inflation-adjusted terms. The message is simple: most Australians don’t want aid cut right now. As the next chart shows, these preferences are even more striking among Labor supporters. 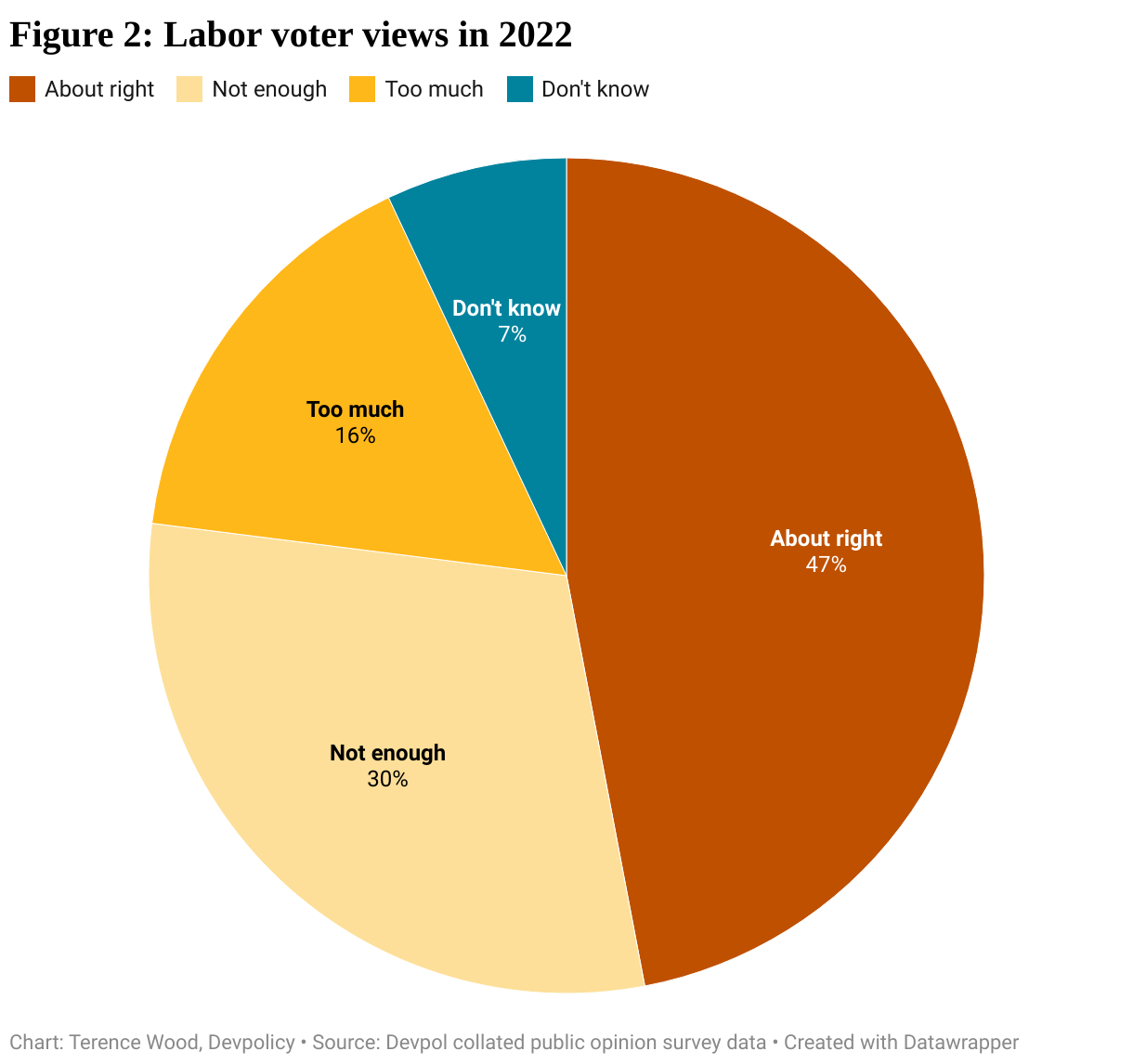 Nearly twice as many Labor voters think Australia doesn’t give enough aid as think it gives too much.

It’s true, the plurality of Labor respondents think Australia gives “about the right amount”. But when I look at these numbers and compare them to earlier years, I’m pretty confident that most of the Australian public, and in particular Labor’s base, would be fine with sensible increases in aid – increases that at least saw the aid budget outpace inflation.

The new government can certainly afford to do this: aid is less than 1% of federal spending. Even if you’re a deficit hawk, you have to admit that aid is largely irrelevant to questions of Australian indebtedness. Also, because aid goes overseas, its direct impact on inflation is minimal.

The case for increasing Australian aid is stronger than ever. Aid is affordable. As COVID-19 has shown, we live in a very interconnected world. Many developing countries are in fiscal stress. The impacts of climate change are growing. And we are plunging into a desperate global hunger crisis. Slowly but surely, the Australian public seems to be getting this. Hopefully, the new government gets it too. Hopefully, it will take this opportunity and do the right thing.