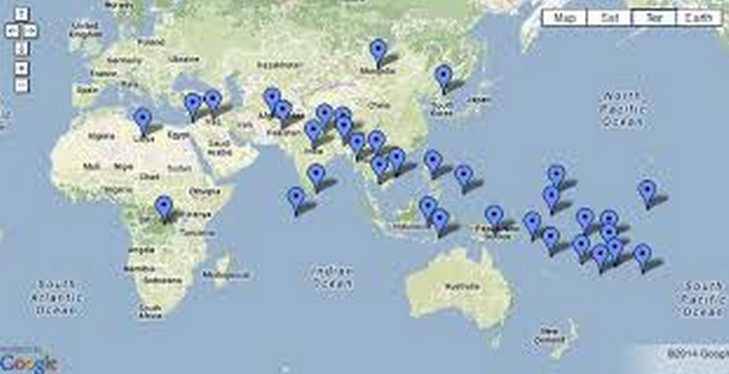 On 18 January, more than halfway through the financial year, the government finally released some broad-brush information on the allocation of the 2013-14 aid budget cuts announced on the eve of the 2013 federal election.

Foreign minister Julie Bishop’s press statement was brief, issued on a summer Saturday and linked to a rudimentary spreadsheet showing revised allocations at the level of countries, themes and major international organisations only. More detail was provided on some points by The Australian’s foreign editor, Greg Sheridan, whose exclusive report and opinion piece the same day functioned as the main vehicles for announcing and selling the cuts. Aside from Devpolicy’s in-brief article on the day of the announcement, there has been little other analysis. Hence this post.

Did the government do what it said it was going to do? Approximately, yes.

The actual total cut is just under $640 million and the revised aid budget for 2013-14 is, as expected, just over $5 billion. (To save space, I have prepared a separate technical note [pdf] which sets out the details and explains some apparent discrepancies in the numbers.) The cuts have been allocated almost entirely to DFAT’s appropriations, which has the effect of increasing the required percentage reduction from 12 per cent (already very large for a within-year reduction) to 15 per cent relative to the 2013-14 budget. Labor’s controversial allocation of $375 million for onshore asylum-seeker costs has been removed from the baseline, and therefore not cut at all, even though this is among the first cuts the government might have been expected to make.

Did the government, as it had foreshadowed, reduce aid to far-flung places and multilateral organisations, and protect or increase aid to Australian NGOs? Here, with a little hand-waving, the score stands at two out of three.

Aid to Africa and the Middle East will fall by almost 40 per cent relative to the 2012-13 spending outcome, from $329 million to $200 million. Within this, aid to sub-Saharan Africa will fall by 37 per cent. All other changes in geographic allocations at the regional level are five per cent or less. For most countries in the Asia-Pacific, there is little change relative to 2012‑13. Generally their allocations are reduced by no more than 10 per cent and in some cases allocations have increased where, on development grounds, there was no evident need. Indonesia, for example, grows by 10 per cent (compared to Labor’s planned 22 per cent) and Fiji grows by 25 per cent (compared to Labor’s 35 per cent).

Oddly, though, the smallest and most vulnerable states do badly. The smaller Pacific island countries are collectively cut by 22 per cent, and Bhutan and the Maldives by 18 per cent. One possibility is that this reflects a cessation of planned assistance for climate change adaptation, which might also explain the large cut of 27 per cent to the Bangladesh program.

Mongolia, on the other hand, gets a 52 per cent increase—less than the 75 per cent increase planned by Labor but strangely large. It might be that this reflects a desire to pursue ‘mining for development’ activities there. The government has so far been entirely silent about its attitude to the Labor government’s mining for development initiative, announced at the Commonwealth Heads of Government meeting in 2011 (though it took exception to the $1 million price tag attached to the 2013 Mining for Development Conference in Sydney). This could be the first indication that the government intends to embrace the initiative.

Aid for Australian NGOs provided through the principal subsidy mechanism is reduced by seven per cent relative to the 2013-14 budget, from $144 million to $134 million. This is an increase of 24 per cent on the 2012-13 outcome. Despite suggestions to the contrary from a number of NGOs, the government can reasonably claim to have abided by its pre-election undertaking to expand their funding base.

By contrast, the government has made no significant reductions to multilateral funding. Predictably, the International Labour Organisation will get nil. Everything else is business as usual. Even the Commonwealth Secretariat, particularly ripe [pdf] for cutting, is untouched.

Perhaps, as Sheridan claims, the multilateral slashing will commence once existing funding agreements expire (the contribution obligations under the ILO agreement had already expired). However, the government’s contributions to recent replenishments of the Global Fund and the World Bank’s concessional financing arm (the International Development Association, IDA) did not reveal any determination to harvest savings. The Global Fund received the same level of funding as it did from Labor in the last replenishment, and Australia’s ‘burden share’ in IDA, as increased by Labor in 2007, was maintained at 1.8 per cent. Assuming the Asian Development Bank to be reasonably safe, there are few savings of any significance to be had from cuts to other multilateral funds and programs.

For the most part it is not possible to tell how the cuts will affect the balance between the purposes for which aid might be used—health, education, infrastructure and so on. However, in one very significant change the government has reduced humanitarian and emergency response funding by almost 30 per cent relative to the 2013-14 budget, and by 16 per cent relative to the 2012-13 outcome.

At a time when calls on humanitarian and emergency funding are increasing, this large cut will undoubtedly lead to a lessening of support for programs deemed to be of low public interest. We have already seen this in the remarkably low contribution to the UN’s recent Syria appeal, which contrasts with the generous response to the typhoon in the Philippines. The reduction will also mean that whenever this budget line is depleted, in this and future years, bilateral allocations will likely have to foot the bill for emergencies at the expense of long-term development programs.

Little can be deduced about other thematic priorities. The government has allowed no funding for global environment programs and has reduced funding for cross-regional environment programs to only $500,000, but Labor had allowed only $6 million for these programs in 2013-14 in any case. Any real costs in this area would, in cash flow terms, not arise until 2014-15 when provision would need to be made, or not, for contributions to the sixth replenishment of the Global Environment Facility and possibly for the initial capitalisation of the Green Climate Fund.

The allocation to ‘other cross-regional programs’ increases by over 400 per cent relative to 2012-13, to $35 million. This creates a small, flexible pool of funding that might well be used to support an Asia-Pacific private sector development initiative—perhaps along the lines of the Enterprise Challenge Fund, an initiative that dated back to Alexander Downer’s time as foreign minister and expired late last year.

Where is Australia now positioned in the international donor league table? We still have a substantial aid program but we cannot, contra Julie Bishop (echoed by Sheridan), call ourselves ‘one of the most generous per capita aid donors in the world’.

Australia was the eighth-largest OECD donor in 2012 (the last year for which comparative data are available), rising toward sixth-largest with projected budget growth. Given an aid budget of $5 billion this year and into the future, Australia is likely to sit at about ninth.

Donor countries’ efforts are usually compared by looking at aid as a proportion of Gross National Income (GNI). At the time of the 2013-14 budget, Australia’s aid-to-GNI ratio was expected to be 0.37 per cent. It will now fall to 0.33 per cent and probably stabilise at 0.32 per cent or so for the next several years. Australia’s ODA/GNI ranking, thirteenth in 2012, is fairly secure even after the recent cuts—but only because no country below us is close.

As for comparisons in terms of official aid per capita—the measure seemingly favoured by Bishop and Sheridan—Australia, at $215 per head (US dollars, 2011 prices) ranks tenth.

Thus at present Australia’s reduced aid effort is roughly commensurate with its standing among world economies, but not more than that.

Has Australia’s aid budget arrived at a steady state? It would be nice to think so—at this point the aid program needs nothing more than certainty about resources, except perhaps stability in policy and administration. For the 2014-15 budget, it is hard to see how the government could walk away from its clear commitment to maintain aid at just over $5 billion in real terms. Julie Bishop has repeatedly underlined this commitment and criticised the previous government for constantly shifting goalposts.

The outlook for future years is less certain. One reason for this, of course, is that the government’s deficit reduction strategy cannot be guaranteed to remain consistent with its aid volume commitment. Another is that the government’s emphasis on linking aid to ‘performance benchmarks’ could well lead to budget reductions or underspending against budgeted amounts. Indeed, underspending is a real threat in the present financial year given that the aid bureaucracy has been experiencing extreme turmoil since last September.

Though the government’s bottom-line aid volume commitment might be reasonably firm for now, there are still some large unknowns.

The largest is what impact this year’s cuts will have at the level of individual activities within country, regional and global programs, and how those programs will be reshaped over time to reflect the government’s avowed sectoral priorities. While those priorities might not differ markedly from Labor’s, or from many other donors’, past statements suggest a greater emphasis on infrastructure and private sector development, important but expensive areas to work in.

Another very substantial unknown is whether the government’s determination to ‘leverage’ private sector involvement in development amounts to a return to tied aid, which was jettisoned during the Howard era. There are indications of this in Canada and even, despite protestations to the contrary, in the UK. It is not possible to draw any conclusions from the few signals emitted to date, though it was novel to see Australia’s trade and investment commissioner in Indonesia recently announcing an aid-financed initiative in Jakarta and Makassar to improve water management ‘using Australian technology’.

And there are several other known unknowns:

It is good to have a little information on the public record, but it is only a little information. We have yet to gain sight of and understand the real impacts of the cuts, the diplomatic blowback and the policy underpinnings of the government’s aid program.

Robin Davies is the Associate Director of the Development Policy Centre. A shortened version of this post appeared on The Conversation.