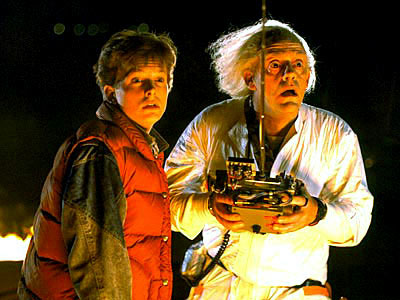 U.S. leadership is critical to solving the climate crisis, yet the Obama administration will do no more internationally than it believes it can do at home. This was evident at the international climate change negotiations in Copenhagen last December and it will be the same in Cancun.

In June 2009, the House of Representatives approved the American Clean Energy and Security Act, which was designed to establish a nationwide cap-and-trade framework, also known as an emissions trading system. However, after intense lobbying and much wrangling, the Senate failed to pass the Bill.

At the time Stuart Eizenstat, the lead negotiator for the US at Kyoto in 1997 stated that: “The reality is that it is impossible for my successor to negotiate something in Copenhagen beyond which Congress will give the administration in domestic cap-and-trade legislation”.

Given that the same logic applies today, that is, that the US position internationally is determined by what Congress will allow, what can we expect from the U.S.?

In the aftermath of the November mid-term elections the state of play seems eerily like 1994. This does not bode well for American leadership on climate change.

To be sure, in November 1994 the Republicans gained control of both the House and the Senate for the first time in forty years. In November 2010, there was another Republican landslide, and while the GOP does not control the Senate, it will control the House come January next year.

With control of the House of Representatives, comes the critical position of House Speaker. In 1994, Newt Gingrich, no big fan of climate change, became House Speaker. This time round it will be John Boehner. In 2009, he stated: ‘The idea that carbon dioxide is a carcinogen, that it is harmful to our environment, is almost comical’.

The new Republican majority in the House will also mean that it elects the chairs of the powerful committee system. One of the frontrunners for the chairmanship of the House Committee on Energy and Commerce is Joe Barton, a Texan, who receives significant contributions from the oil and gas industry.

In the past he has argued that carbon dioxide emissions have nothing to do with climate change.  And in 2005, a Washington Post editorial accused him of ‘harassment’ of three climate scientists after he demanded their personal and financial information in the course of committee hearings.

Another frontrunner vying for the post is Fred Upton, who some Republican groups claim is not conservative enough, after he said that “right or wrong, the debate over the modelling and science appears to be over”.

In the Senate too, there are ominous parallels to 1994 when emboldened Republicans went about challenging the regulatory authority of the EPA and weakening environmental laws. Senator John Rockefeller is already pushing for a two-year freeze of the Environmental Protection Agency’s climate change agenda.

The Senator wants to block the EPA’s capacity to regulate power plants, petroleum refiners and other major stationary sources of energy. Other Republicans want to go further than a two-year moratorium to press for a complete ban.

It is no surprise then that the White House has taken climate legislation off the agenda, at least for the next two years, and it is unlikely that the President or the Secretary of State will travel to the negotiations in Cancun.

As a result, there is little chance of U.S. leadership at this round of international negotiations. Yet this should not be seen as an excuse for inaction in Australia or elsewhere. After all, many U.S. states are continuing to move forward despite the stalemate in Washington.

In fact, one piece of good news to come out of the mid-term elections was the defeat of Proposition 23 in California. A proposal that would have killed the State’s climate change laws. Its defeat enables California to continue to be at the forefront of climate change regulations. And California is not alone, other U.S. states, such as Oregon, are already demonstrating a path to cleaner development.

While we cannot expect leadership from Washington in the near term, as U.S. states such as California and Oregon have shown, an intransigent American federal polity, is no excuse for delay.

Christian Downie is a PhD candidate at RegNet at ANU.  He is currently based at the Massachusetts Institute of Technology, working on international climate policy.