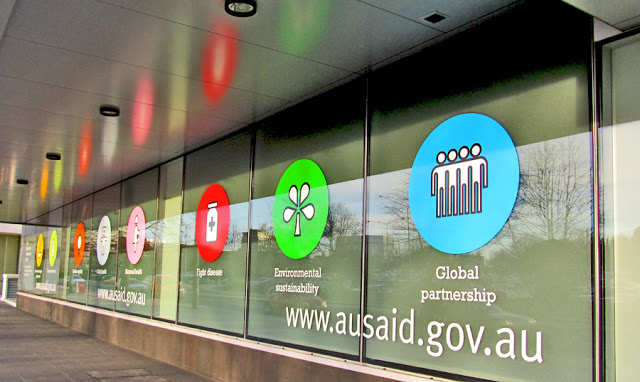 It is fairly safe to say that the recent announcement that AusAID will be reabsorbed into the Department of Foreign Affairs and Trade (DFAT) came as a shock to most observers of aid politics in Australia. As the dust settles on last week’s announcement we felt there was something to be gained from putting this development in context.

Various commentators, in their search for causes and comparisons, have talked about how cash-strapped DFAT are, or the similar decisions taken by Key (NZ) and Harper (Canada). We certainly do not dismiss these explanations but rather seek to recognise that in many respects the fundamental tension at the heart of this discussion has not substantially shifted since it began more than 40 years ago.

The quest for greater independence and autonomy of the aid program in the face of persistent pressure for development assistance to conform to the foreign policy agenda outlined by DFAT is a story that begins in the early 1970s with the election of the first Whitlam government (for further discussion see Viviani and Wilenski 1978 and a recent piece on the Lowy Institute blog)[1]. The normative implications of this on-going struggle, including which of AusAID’s twin mandates (poverty reduction or the national interest) should take precedence, is a matter for personal politics and it is not our intention to pick a side here. Rather, the important starting point is to acknowledge, somewhat axiomatically, that the tension exists, has existed from the very beginning, and is likely to continue for as long as AusAID maintains these two priorities.

In the 1970s, the case against establishing an independent aid agency was most forcibly made by the Department of Foreign Affairs who, as today, argued that aid was an essential foreign policy tool and any separation of decision-making would dilute this operational imperative. Ultimately, Whitlam, dissatisfied with the inability of the four stakeholders who administered Australian aid (Foreign Affairs, External Affairs, Education and The Treasury) to reach a consolidated position, took external advice and came down in favour of establishing a separate Australian Development Assistance Agency (ADAA) under the remit of the Minister for Foreign Affairs (an arrangement that, in many respects, is not dissimilar to the most recent incarnation).

As outlined in his second reading speech, Whitlam’s argument in favour of greater autonomy for the aid program was based on an expressed belief that aid should not be used as a stick or a carrot to impose Australia’s priorities on independent nations. To that end, he and other advocates of autonomy believed, ADAA needed to be staffed by a professional cadre of aid workers who, in addition to better delivering assistance, could more effective lobby for aid in cabinet

Professionalism, in this context, referred to the creation of a career structure within the Australian Public Service (APS) for civil servants who wanted to dedicate their lives to aid work. Since then, the APS has changed and shifting between departments has become the norm. In fact, reflecting broader societal changes to the organisation of work, new entrants are increasingly expected to move around.

In contrast, the contemporary incarnation of the international development enterprise, which began as assistance to those countries seeking to decolonise and modernise in the second half of the twentieth century, has, despite the end of the Cold War, become an enduring presence in the landscape of global affairs. It comprises a bewildering array of organisations ranging from multilateral institutions through to bilateral donor agencies and NGOs, think-tanks, university departments and a burgeoning private sector; all of whom provide development services. We have become more cognisant that the problems are complex and solutions require specific expertise. Development has its own body of contested knowledge and practice, with development professionals moving between organisations across the globe. In the process, development has become a career and a profession.

The idea of a development professional is unequivocally internationalist – the development enterprise is, after all, a global ideal – and its adherents conform to a globalised discourse (think the MDG’s and so forth). The growth in its budget aside, increasingly, and particularly under Labor, AusAID has sought to align itself with this global agenda. The Pacific Partnerships for Development, first announced in the 2008 Port Moresby Declaration, comes from the same ideological place as the 2005 Paris Declaration for example.

The creation of ‘principal advisers’ is also symptomatic of this shift. In many ways these are the prototype ‘development professional’; people who work on the same theme across national boundaries. Over the last two years in particular AusAID has sought to cultivate a culture of professional development, a process that has seen the appointment of a number of these senior development practitioners from organisations like DFID – which, by way of comparison, has its own minister, and one enunciated objective: to end extreme poverty – and the World Bank. These development agents in turn have sought to infuse AusAID with a language and understanding of development that reflects broader currents in development discourse and practice. The recently announced change would appear too many to represent a threat to this process of cultural change. For many of those who view their careers as following a ‘development’ trajectory, the new AusAID may not be the ideal stepping-stone that it appeared to be becoming.

Whatever the new organisational structure looks like the agenda, based on the various statements and policy announcements the Coalition made public, is shifting back towards the national interest and by extension the professionals of the APS. If the development professional is an extrovert in the sense of being drawn to global theory and practice, the national interest perspective is by contrast introverted or inward looking in orientation. This is also the lesson from the past.

Like AusAID post 2010, ADAA was short lived. It was approved by cabinet in September 1973, took 15 months to setup, and with the election of Fraser was abolished by February 1976; its functions reabsorbed into the Department of Foreign Affairs who renamed it the Australian Development Assistance Bureau. The organisation’s name changed again under Hawke to the Australian International Development Assistance Bureau and finally to the Australian Agency for International Development under Keating in 1995. Back then, and (briefly) under Rudd, it had a dedicated minister.

Whatever the organisation of the new aid program looks like – be it a return to pre-2010, its older form as ‘Program 5.0’ or ‘Program 6.0’ in the Keating-Hawke years, or the Fraser reabsorption – once this latest move is bedded down, it is fairly safe to say that we will, in one form or another, have been here before. Similarly, no matter how tightly the new AusAID will be wedded to DFAT there will be calls, both from within and without, for greater autonomy.

Details on the reabsorption remain thin. Our aim, however, has not been to attempt an exhaustive account of all the factors that underpin such a decision in the short space provided, but rather to illustrate that what we are seeing is the continuation of a much longer tussle.

Jack Corbett is a Postdoctoral Research Fellow at the State, Society and Governance in Melanesia (SSGM) Program, ANU. Sinclair Dinnen is a Senior Fellow at SSGM.