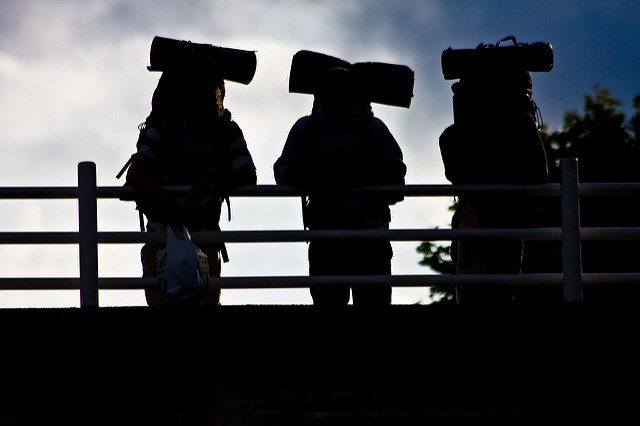 Over the last two years, the Fair Work Ombudsman conducted an inquiry into Australia’s working holiday maker program. The results make for shocking reading. Underpayment and unpaid work are rife. Backpackers pay employers inducements to work in regional areas for access to additional visas. Government policies are creating a dependency on employers, leading to exploitative practices.

While individual transgressions have been reported in the past, the evidence has often been anecdotal and quickly attributed to a few bad apples. This report puts that notion to bed. A survey of over 4000 backpackers shows nearly one in three workers are paid cash while 14% paid an employer for their own job, undermining labour market norms for all Australians. This is systemic exploitation of migrant workers under a program without any regulatory oversight.

The FWO report found a series of tensions between “the public policy intention of the 417 visa program as a ‘cultural exchange’ and the use of the visa program as a source of labour.” This is because the working holiday maker program is primarily a low-skilled labour migration program, not a cultural exchange program as argued by the government. Evidence for this claim is substantial. The Northern Australia White Paper, special incentives for regional employers and the public debate over the backpacker tax clearly demonstrate how backpackers are framed as an employment solution, not a cultural practice.

Low-skilled labour migration is important for Australia, but it must not be exploitative. The backpacker scheme fails this test and the result is stark. One reason is that backpackers do not have the same incentives as Australian workers. Instead of prioritising market wages, migrants can have an alternative set of priorities, such as securing a future in Australia. The Productivity Commission recently found that, from 1991 to 2014, about one in five backpackers gained a permanent visa. For backpackers who want to stay, the first step is getting a second year visa. This means that an employer has to certify that they have worked for 88 days. No wonder backpacker are vulnerable: to being paid less than the minimum wage (more than a third), to having to pay for the certification (6%), to sexual harassment.  As the report says “the work-for-visa system is broken.”

With more than 35,000-40,000 backpackers working in regional areas each year, the solution is not to ban backpackers. But clearly change is needed.

The Pacific Seasonal Worker Program (SWP) shows a different pathway to meet labour needs in regional Australia. The program is regulated. A set of rules enforced by the Department of Employment ensures a basic framework mitigates against exploitation. While these rules are not perfect, the rates of exploitation under the SWP are much lower than those of backpackers.

The program has grown each year since its inception in 2010 to just under 5000 visa grants in 2015-16, but this is a small number relative to the number of backpackers. The government could do much more to promote the Seasonal Worker Program, to reduce red tape, and to level the playing field between seasonal workers and backpackers. It makes no sense that employers have to do labour testing to hire Pacific islanders but not backpackers. Nor that employers have to be registered to hire seasonal workers but not backpackers.

95% of backpackers to Australia are from developed countries: the bilateral treaties governing the program mostly exclude poorer countries. In the United States, Canada and New Zealand, fruit picking is done by citizens from poor countries, not rich ones as in Australia. This makes no sense. A prosperous, stable Pacific is in Australia’s national interest. Labour mobility boosts household incomes, underpins consumption and investment, and builds relationships. The second-year backpacker visa funnels workers from rich countries into the one sector we allow Pacific islanders to work in: horticulture. The second-year visa should either be removed or generalised and given for return for 88 days of work in any sector.

Reducing the number of backpackers and increasing the number of Pacific seasonal workers should be a central policy goal for migration in Australia. As the Senate Standing Committee on Economics is currently considering the backpacker tax legislation, now is the right time to adjust policy settings. Instead of looking at the backpacker tax in isolation, a broader perspective seeking to level the playing field and ensure policy coherence would be good not only for our neighbours but also for our labour markets.

This post is republished with permission from The Mandarin.