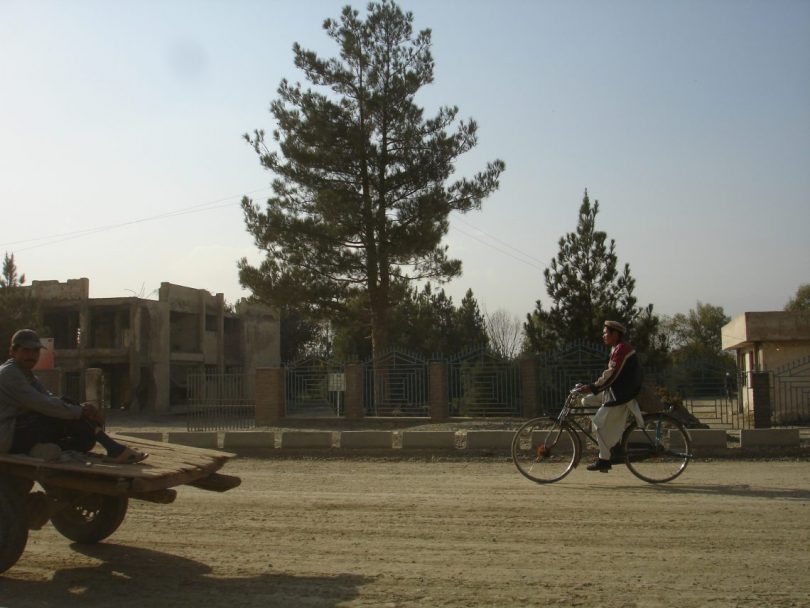 The process of building state effectiveness and legitimacy is lengthy and becomes far more complex in transitional societies and contexts of fragility. A lack of legitimacy makes it more difficult to build key public organisations – for example, taxation authorities, police, and judiciary.

Public services are crucial for societies to reduce poverty, build resilience to shocks, and prevent conflict. Ultimately, the effectiveness of the state depends upon the functioning of its organisations. Where cultures of corruption are pervasive, public services may be severely weakened. The state becomes locked into dysfunction, not due to elite interests, but because of values (identities), norms, and narratives that circulate in the social networks associated with these public organisations.

Recent research looking at the case of tax administration in Afghanistan offers interesting insights in this area. The research focused on two questions: (1) how can key public organisations be built? and, (2) how do identity, norms, and narratives affect the behaviour of public servants and, in return, bureaucratic effectiveness? I used a qualitative method by relying on primary and secondary data, including a survey and semi-structured interviews conducted in Afghanistan.

I found that beliefs, in the form of identity, norms, and narratives, significantly affect the behaviour of actors and in return bureaucratic effectiveness. Beliefs determine preferences and constrain behaviour. Institutional arrangements can therefore only partially explain bureaucratic effectiveness and legitimacy. Focusing on the structure of institutions underestimates how actor behaviour within organisations affects institutional outcomes, and how institutions evolve in response. This goes beyond policy formation being hijacked by interest groups – policy formation can be misled by false narratives by those who genuinely believe them. The impact of false narratives misleading policy formation is often underappreciated in the design and implementation of public sector reforms in transitional and fragile states.

The growing awareness of the importance of identity

The case of tax administration in Afghanistan offers important insights. While post-2001 political order in the country created the momentum to reform and strengthen tax administration, the attainment of this objective was much more complex than expected. The Afghan government and its development partners increasingly focused on conventional incentives, including institutional restructuring and increasing the wages of tax inspectors and collectors, while neglecting the importance of non-monetary incentives. Despite increases in domestic revenue, tax administration remains weak and is perceived as a highly corrupt institution.

In the words of an Afghan deputy minister interviewed for this study, “Taxpayers offer money in exchange to be exempted or assessed below the exact amount, but the outcome depends on the moral commitment of the tax officials”. Another interviewee, a taxpayer from the private sector, criticised the tax administration because of widespread corruption by calling it ‘illegitimate’ and preferred not to pay taxes to such a department.

I found that two types of beliefs can exist in a public organisation – that is, de jure beliefs and de facto beliefs. De jure represents formal norms and narratives, while de facto represents informal ones. According to Akerlof and Kranton, officials who adhere to these norms could be divided in the former case into insiders and, in the latter case into outsiders. This study, however, shows that there can also be a third group of actors who remain neutral and adhere to neither the formal norms nor the oppositional ones. Both groups, outsiders and insiders, can influence this third group, but the group can also maintain a neutral identity.

These types of norms and narratives can be linked to two types of networks operating inside and outside a public organisation. The norms to which a tax inspector or tax collector adheres might not match their narrative – that is, a good tax official helps to increase the government’s revenue. The outsiders, even before joining tax administration, buy into a narrative that their job offers a temporary but momentous, once-in-a-lifetime opportunity to build a fortune. This narrative is confirmed then by observation of other behaviours in the administration.

In transitional and weak states, reforms overwhelmingly focus on conventional incentives, such as wages and institutional restructuring. This approach, in the absence of non-monetary incentives, seems weakly plausible and does not offer the best solution to building organisational effectiveness.

Unlike more established public organisations in developed countries with a strong organisational culture, weak and transitional public institutions, as we observe in Afghanistan, represent a more complex setting in assessing the role of identity, norms, and narratives. While insiders, outsiders, and associated networks within a public organisation could be present, the insiders can hold a less effective and less powerful position. On the other hand, outsiders receive support before they join the organisation, and subsequently, the relevant networks within the organisation, which often hold positions of power, reinforce the norms to which they adhere.

The behaviour of actors is thus crucial for the effectiveness and legitimacy of a public organisation. This behaviour may not go in the same direction that institutional arrangements or reforms aim to go. The neglect of this aspect of organisational effectiveness undermines the sustainability of reforms aiming to improve effectiveness. It can also create conditions for humiliation of the insiders, either by outsiders and their associated networks, or by the public’s negative perception of the organisation in question.

Power politics within an organisation, which can be explained by the degree of influence of such networks, puts each actor in a favoured or disfavoured position. The case of tax administration in Afghanistan shows that outsiders are in a position of relative power and enjoy greater political support both inside and outside the organisation. This situation has been noticed by the public, creating a negative and often disturbing perception of tax administration in the country.

A version of this post first appeared on the ICG Blog, published by the International Growth Centre based at the London School of Economics and Political Science.