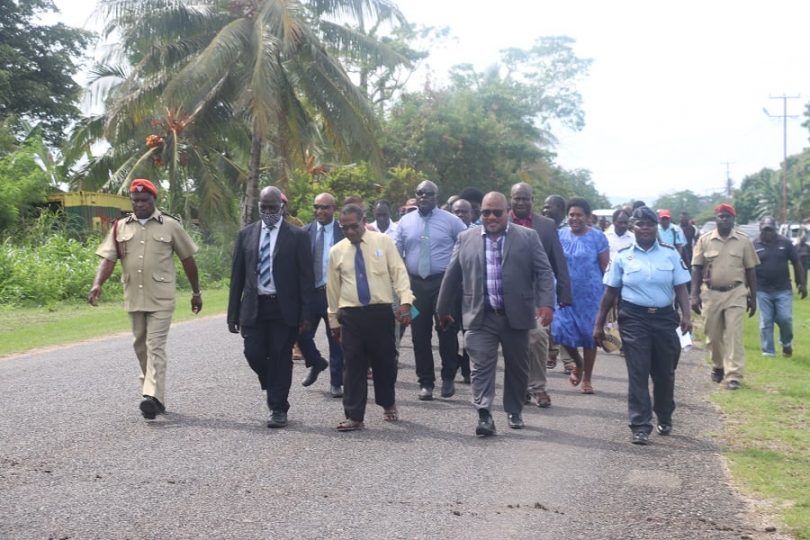 Last year, on this blog, I wrote about concerns I had with proposals by the Autonomous Bougainville Government (ABG) to amend the Constitution of the Autonomous Region of Bougainville to remove provisions that are essential to the protection of the independence of the region’s public service, which is separate from the PNG public service, operating under an ABG law. The proposed amendments would have given politicians control over appointment, assessment and discipline of senior staff, matters which are currently the responsibility of a process independent from political control.

Since my earlier post, the proposed amendments have been put to the Bougainville parliament. And despite strong support by the government of President Ishmael Toroama, they failed to garner the threshold required – a two-thirds absolute majority vote.

In many ways this was a remarkable outcome. The Bougainville parliament does not have an opposition in the traditional Westminster sense, preferring instead to work on a principle of unity and parliamentary consensus. Rarely are government-sponsored bills defeated.

Yet in this case, the government failed to achieve the two-thirds of votes required. What this demonstrates is that there is a significant block of members who choose to uphold the authority of the Constitution and the principles of good governance that drove its development.

The last time a constitutional amendment was defeated on the floor of the House was early in 2020, when the former President, John Momis, pursued an amendment that would have allowed him to stand for a third term, despite the two-term limit in the Constitution. Again, many members formed a block to oppose and defeat the amendment.

So, what might this mean in a broader Bougainville context?

First, it demonstrates that there are many members of parliament who choose to put due process and good governance ahead of politics.

Bougainville sits on a critical threshold. With the overwhelming vote in favour of independence in the referendum conducted late in 2019, Bougainville is on the cusp of becoming the newest member of the international community of states. But the fact is that independence and statehood are meaningless without the means and capacity to enable formation and sustainable operation of an effective and democratic state. And the bedrock of formation and sustainable operation of such a state must be good governance, effective institutions, and the means (through an effective public service) to sustain services.

Second, it demonstrates that key Bougainville leaders continue to support the protection of the Bougainville public service from politicisation of the appointment, assessment and discipline of senior officials. That protection, provided by merit-based processes independent of political leaders, is vital to efforts to protect Bougainville from corruption in government.

Third, the successful defeat of the proposed amendments sends a very strong signal to both the people of Bougainville and the international community that an independent public service is critical to this process.

Moving forward, Bougainville must ensure that these principles of good governance and due process become the norm, rather than the exception. Greater scrutiny of government decisions and proposed legislation are a necessary part of building strong structures of government, as is having an effective and capable public service. Yet as I have contended elsewhere, for too long this has been lacking in Bougainville.

The Bougainville people have long aspired for Bougainville to be an independent country. They have felt they are not part of the broader Papua New Guinea collective, and are unique, based on a rich cultural and linguistic history. Even as a young boy growing up in the 1970s in Buin, south Bougainville, I was aware of that sense of a distinct identity. And whilst it took the formation of the Papua New Guinean State, and then later anger over the inequitable distribution of benefits from the Panguna mine, for this identity to evolve into formal calls for independence, it has always been there.

But the simple reality is that aspirations alone cannot sustain an independent state.

For Bougainville, the challenge is to now migrate from a mindset of aspiration to one of implementation. A sense of collective identity alone is simply not enough to bring about independence and change.

That is why, when I was Chief Secretary of the ABG from 2016 to 2019, my focus was on promoting good governance and public sector reform. This reform agenda was echoed by then President John Momis, who regularly spoke of the need for integrity, transparency and accountability in government, and is today being echoed by his successor, Ishmael Toroama.

But it remains clear that words alone are not enough. We continue to see examples of corruption and fraud. Whether it’s misappropriation of funds meant for historical disaster-related claims, manipulating the payroll system for personal gain, or employing wantoks and friends without due process, examples prevail.

The time has come for Bougainville to match its aspirations with genuine reform. This requires accountability at the highest levels, and consequences for those who continue to break the law. All of this requires leadership, and this cannot consist only of empty rhetoric, but must include meaningful action.

Simply replicating the ‘Waigani’ model within the region will only lead to more of the same corruption and similar problems that are rampant in the PNG system. With the opportunity that comes from forming a new independent state, also comes the opportunity to do something different – to put in place the foundations that will enable not only the creation of a new independent Bougainville, but the means through which Bougainville can truly develop, prosper and grow.

This is the challenge that our leaders now face. While as Bougainvilleans we must maintain our focus on the cause of independence and do everything possible to ensure the will of our people prevails, this cannot be at the expense of good governance, and nor should those who speak out against policy initiatives and measures such as those discussed above, be subjected to attacks on the basis of being anti-Bougainvillean.

The time has come for Bougainville to mature, and to take the bold steps required to address corruption and embrace reform. In doing so, all Bougainvilleans will benefit, allowing for a new and effective Bougainville state to be born.