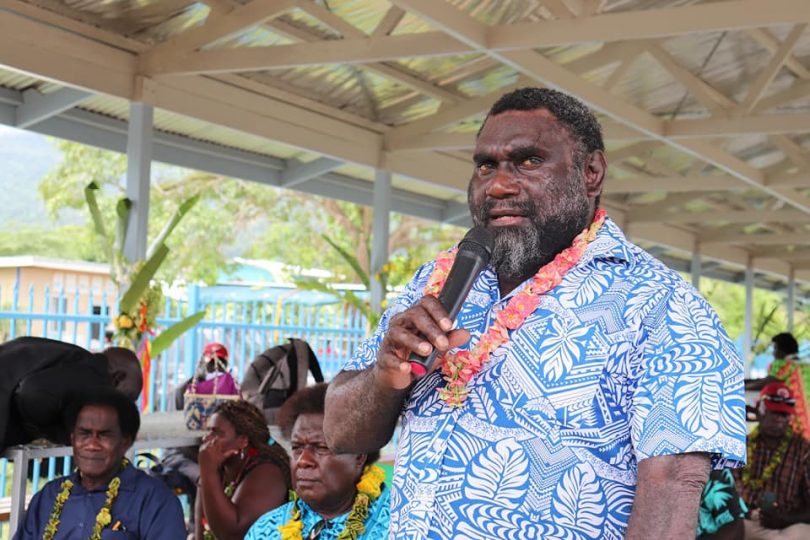 Supporting good governance is the cornerstone of international development assistance.

It is also at the heart of the Bougainville Peace Agreement, which requires that the actions of the Autonomous Bougainville Government meet internationally accepted standards of good governance.

This is in turn reflected in the mutually agreed aims and objectives of all international development partners.

Yet, just last week, the Government of Bougainville’s President Ishmael Toroama signalled his intention to amend Bougainville’s Constitution to repeal a provision that not only protects good governance, but ensures that the region’s public service cannot become politicised.

The provision in question is Section 102 of the Bougainville Constitution. This Section provides that a Senior Appointments Committee, consisting of the President, the Speaker of the House of Representatives, nominees of church and women’s groups, and a practicing lawyer, be established for the purpose of appointing, suspending or removing senior office holders. Under law, a decision of the committee is final.

These arrangements have been held up as an example of best practice by numerous academics and international institutions, and reflect Bougainville’s intention to instil systems of good governance that support autonomy and the longer-term peace process. Certainly, nobody can deny the intent.

Since its inception, the Committee has managed a large number of recruitment processes for senior and constitutional office holders. It has convened boards of inquiry in relation to allegations of misconduct on no less than six occasions, leading to the termination of four department heads, including a former Chief Secretary, for gross misconduct.

It has also served the people of Bougainville well by ensuring that only the most qualified candidates are recommended for appointment. And by holding those who engage in misconduct to account it has sent a strong message to the region’s public servants that there are consequences for those who break the law.

The Committee has for all intents and purposes performed its constitutional role and function exactly as intended by those who framed it. It has also served the people of Bougainville well by ensuring that only the most qualified candidates are recommended for appointment.

There seems no obvious reason why it needs to be repealed or changed.

As a former Chief Secretary to the Autonomous Bougainville Government from 2016 to 2019, I have just cause to speak in favour of retaining these important constitutional provisions. I was appointed on the basis of a recommendation of the Committee. The Committee acquitted me of allegations of misconduct that were both frivolous and politically motivated. I referred four Department Heads to the Committee for allegations of misconduct. Following a detailed and independent board of inquiry that was devoid of political influence, three of them were removed from office. And it was these very same provisions that led the National Court of PNG to determine that my termination as Chief Secretary by the former Momis government was unconstitutional.

The changes being proposed by the Bougainville Government will corrode good governance, and are being driven by a desire to politicise the senior ranks of the public service. They will give unfettered powers to the Bougainville Executive Council to act at will to hire, fire or suspend senior public servants. Not even the PNG cabinet, the National Executive Council, has such powers, as it is bound by prescribed processes of the Public Service Commission.

For international development partners such as Australia, New Zealand and the United Nations, that have done so much to support good governance and the peace process in the region, these proposed changes must surely give rise to concern. They raise questions about the Bougainville government’s seriousness and commitment to good governance.

The provision of international development support is akin to a social contract, where the donor provides support on the understanding that the recipient will adhere to agreed mutual objectives.

Let me voice the question these partners must surely be asking in private: is the Bougainville government serious about good governance, as the President so boldly claimed as he took his oath of office last year?

The change being proposed by the Toroama government runs counter to such a partnership. Worse, it scoffs at it.

Simply put, the change places not only Bougainville’s donors but the national government in a difficult position. Should such actions be rewarded? Should they be ignored?

I contend that they should not. They fly in the face of the Bougainville Peace Agreement and undermine principles of good governance.

They open the door to politicisation of the public service and erode accountability.

The fact that two of the former Secretaries dismissed from office now form part of the new President’s inner circle is certainly not reason enough for the new government to make this change.

As a proud Bougainvillean, I fear this backward step will set back the cause of independence, and development more broadly.

It is therefore incumbent on Bougainville’s domestic and international partners to call the government to account.

Failure to do so will only empower those that want to undermine good governance. And in doing so, it will deprive the people of Bougainville of the leadership and good management so desperately needed in the ranks of the region’s public service.