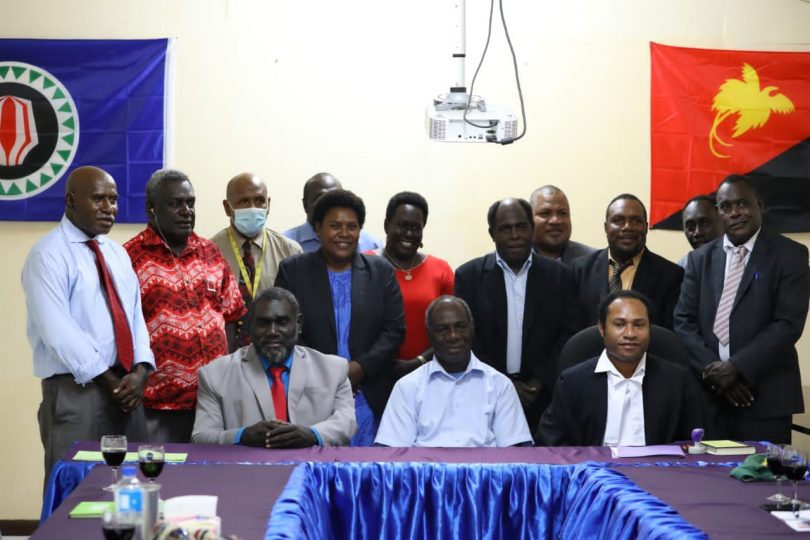 The president, who campaigned on a platform of eliminating corruption, and has since his election advocated for reform, should be commended for his focus on corruption.

As I have written before, good governance is critical to Bougainville’s future as an independent nation state. It is the foundation that supports reform, service delivery and investment in important government services. And while the initiative to establish a new anti-corruption law should be welcomed by those who have an interest in Bougainville’s future, caution is also warranted.

Under the terms of the Bougainville Peace Agreement, Bougainville was granted autonomy, an arrangement that differs from all other parts of Papua New Guinea. Under this arrangement, the Bougainville government can assume many powers and functions from the national government, as well as establish important institutions such as courts, a public service commission and a Bougainville ombudsman.

With the passage of amendments to PNG’s national constitution, the enactment of the Bougainville constitution, and the election of the first autonomous government in 2005, Bougainville assumed the right to ‘draw down’ these key powers and functions. But the story so far has been mixed.

While Bougainville has had a somewhat impressive track record of passing substantial new laws such as the Mining Act and the Bougainville Public Services Act, implementation has not always been a success. Key challenges include a lack of capacity to administer these new powers and functions, and an at times lacklustre national public service that fails to fulfil obligations with respect to the transfer of funding and institutional support.

But the fact is that in the 17 years since the first autonomous Bougainville government was formed, there has been little by way of practical action to utilise these existing powers and functions to hold senior political and bureaucratic leaders to account.

Previously on this blog I have written about my experience as the Chief Secretary to Bougainville under then president John Momis. In my capacity as Chief Secretary I called several senior public servants to account, referring allegations to the BSAC for investigation. In turn, the committee under the leadership of President Momis (who at that time acted as chair of the committee) convened several boards of inquiry that led to senior public service leaders being dismissed.

Those same laws, which are underpinned by the principle of natural justice, also afforded me an opportunity to defend myself when what appeared to be politically motivated allegations were raised.

Yet, it was President Toroama who in the early stages of his current term sponsored amendments to the constitution to repeal the BSAC provisions. Whilst those amendments were defeated on the floor of the house, this gave rise to concern and raised the eyebrows of many local and international observers of Bougainville’s journey to independence.

As Chief Secretary, I referred a number of political leaders to the national ombudsman over concerns I had regarding the misuse of government funds. While the ombudsman did attempt to investigate those matters to some degree, they faced significant opposition from the then government of President Momis which, when compounded by the national ombudsman’s own capacity constraints, led to no practical action being taken.

Given this, will a new anti-corruption law lead to greater accountability?

It is my contention that it will not. A law alone cannot be a means to an end – it simply provides the legal basis upon which to build sound systems and processes of good governance that allow for implementation of the law to occur. And this is where the Bougainville government has had less success over the last 17 years.

So, what then needs to be done to enable the president to act on his clearly stated intention to tackle corruption head on?

First, there is a need to look at where existing legal options have failed.

Second, there must be a genuine desire to invest in the systems, processes, resources and capacity to enable independent oversight to occur, and where allegations are raised, to fully investigate and make findings.

Third, there must be consequences for actions. And while a new law may prescribe penalties for those that engage in corruption, unless they are enforced they will have little practical effect. This will require that important institutions be formed.

Finally, there is a need for an honest and open conversation with the people of Bougainville about what needs to occur to transition from a mindset where corruption is seen as the norm, to one where there are genuine consequences. This requires engagement with civil society, elders, and other key stakeholders.

The challenge as President Toroama moves forward with this proposed new law will be to match rhetoric with practical action. And this can only occur if there is a genuine desire to build systems and processes to hold those who break the law to account.

Until then, it is likely that the people of Bougainville will continue to see more of the same.