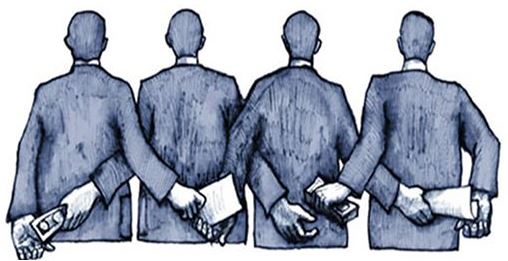 In the 1960s, American political scientist Samuel Huntington (1927–2008) argued for the economic and social virtues of corruption. He suggested that corruption provides benefits to groups which are otherwise alienated from society. Since the 1990s, donors, anti-corruption agencies and corruption scholars have distanced themselves from this view, preferring to demonstrate the problems corruption causes. While his views on corruption are still unpopular, this blog showcases research from Nigeria that suggests Huntington may have a point.

Nigeria has become synonymous with corruption. From email scams involving fictitious princes to outright looting by the country’s elite, corruption in Nigeria is considered widespread, impacting the poor and marginalised. Research from the United Nations Office on Drugs and Crime found that, over a year, almost a third of Nigerian adults paid bribes when in contact with public officials.

Given this, the far reaching anti-corruption reforms initiated under President Muhammadu Buhari – elected in 2015 – have been, for some, a welcome development.

Buhari’s administration improved oversight of government revenue through the introduction of the Treasury Single Account, which consolidated multiple government accounts into one, maintained by the Central Bank of Nigeria. Although it resulted in losses to commercial banks, it helped plug financial loopholes, and resulted in greater transparency and accountability in the public financial system. Efforts were also made to reduce constituency development allocations to federal legislators. Inspired, Nigeria’s until then sloth-like anti-corruption agencies also undertook a series of investigations, resulting in arrests, prosecutions and recovered loot.

As a result, the international community has been effusive in its praise. Earlier this year the Secretary-General of the Commonwealth, Patricia Scotland, lauded President Buhari for leading the nation’s fight against corruption, claiming that these efforts resulted in the recovery of over US $3 billion.

However, Nigeria’s anti-corruption reforms have been met with ambiguous responses within the country. Indeed a strange counter-movement, going by the name of ‘Bring Back Our Corruption’ (BBOC), has arisen. The BBOC movement has found a voice through social media, particularly Twitter. It has been promoted through songs (see image below), videos and memes. 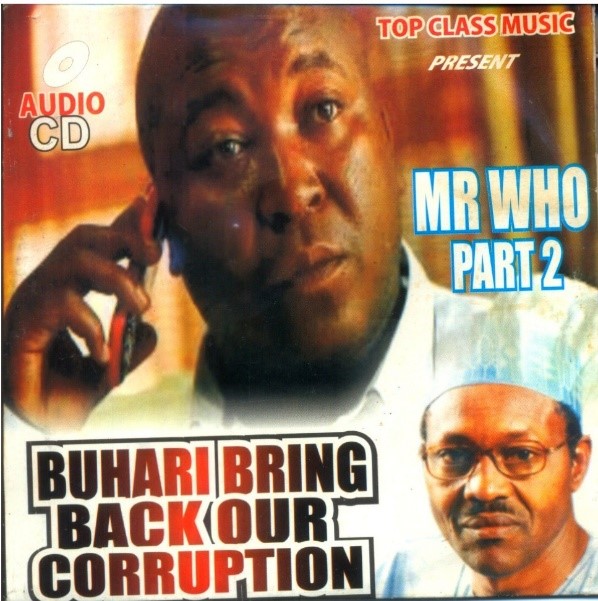 BBOC started as a seemingly tongue-in-cheek reference to the #BringBackourGirls hashtag movement, championed by celebrities including Michelle Obama, which called for the release of school girls held by the jihadist group Boko Haram. On the surface, BBOC appears to be a joke, or a campaign manufactured by jilted elites whose interests are been threatened by Buhari’s anti-corruption campaign. However, recent research presented at the International Political Science Association’s World Congress, held in Brisbane in July, suggests that the sentiments expressed by BBOC ‘activists’ run deep.

In their research paper, Allison Felix Timipere and Zibima Tubodenyefa, from Japan’s Nagoya University and Nigeria’s Niger Delta University respectively, draw on interviews with 40 citizens and key stakeholders in Nigeria including government officials, activists and journalists.

They found broad sympathy for the sentiments of BBOC campaigners. One respondent said that “all these people shouting ‘bring back our corruption!’ are not just being cynical, they are expressing genuine frustration that politicians no longer give them money and food like before when stealing was allowed” (p. 10). A journalist stated that: “You have to understand that in a dysfunctional country…corruption has its advantage” (p. 12).

A stanza from a poem written by John C. Vincent, and drawn upon by BBOC activists, suggests that corruption provides economic benefits:

[B]ring back the tomatoes from the cow’s belly,

Bring back the tooth you took from the child!

It is better than the hardship that rape us daily.

We can still bank our heart in corruption than

the horse of promises made in the blank cheque.

The authors acknowledge that other factors have played a greater role in causing Nigeria’s economic woes. The country experienced an economic crisis shortly after Buhari’s inauguration, with oil prices steeply declining. This drastically cut government revenues and resulted in the naira, the local currency, declining against major currencies. However, the authors note that for many Nigerians, these explanations are not as convincing as blaming anti-corruption efforts for rising prices and unemployment.

This preliminary research paper (the authors intend to submit it for peer review) would be complimented by further research into the BBOC movement. However, it is supported by research in other contexts.

In my book, Anti-Corruption and its Discontents, I show how anti-corruption politics and programs struggled for legitimacy in Papua New Guinea – particularly amongst more marginalised groups – in part because they failed to address the social, cultural and economic benefits of corruption. (Marcus Pelto makes a similar point about ‘good’ corruption in Enga province.) I argue that to be effective, anti-corruption efforts need to prove there is a relationship between development and ‘ethical’ (non-corrupt) behaviour. This means placing greater emphasis upon providing traditional forms of development: building schools, hospitals, roads, providing teachers, increasing security, and so on. In places where the state is weak, monitoring for corruption is an important adjunct to these activities, but should not be an ends in and of itself.

The BBOC movement provides further evidence that anti-corruption reform requires policy-makers to acknowledge and respond to the benefits that corruption can bring.

Samuel Huntington – a polarising figure subject to justified critique – wrote about corruption during the Cold War, when the major powers turned a blind eye; no one wants to go back to those bad old days. Yet today his ‘functionalist’ approach to corruption provides important insights for modern-day anti-corruption reformers. Research from Nigeria and elsewhere suggests that to ignore his insights would be folly.