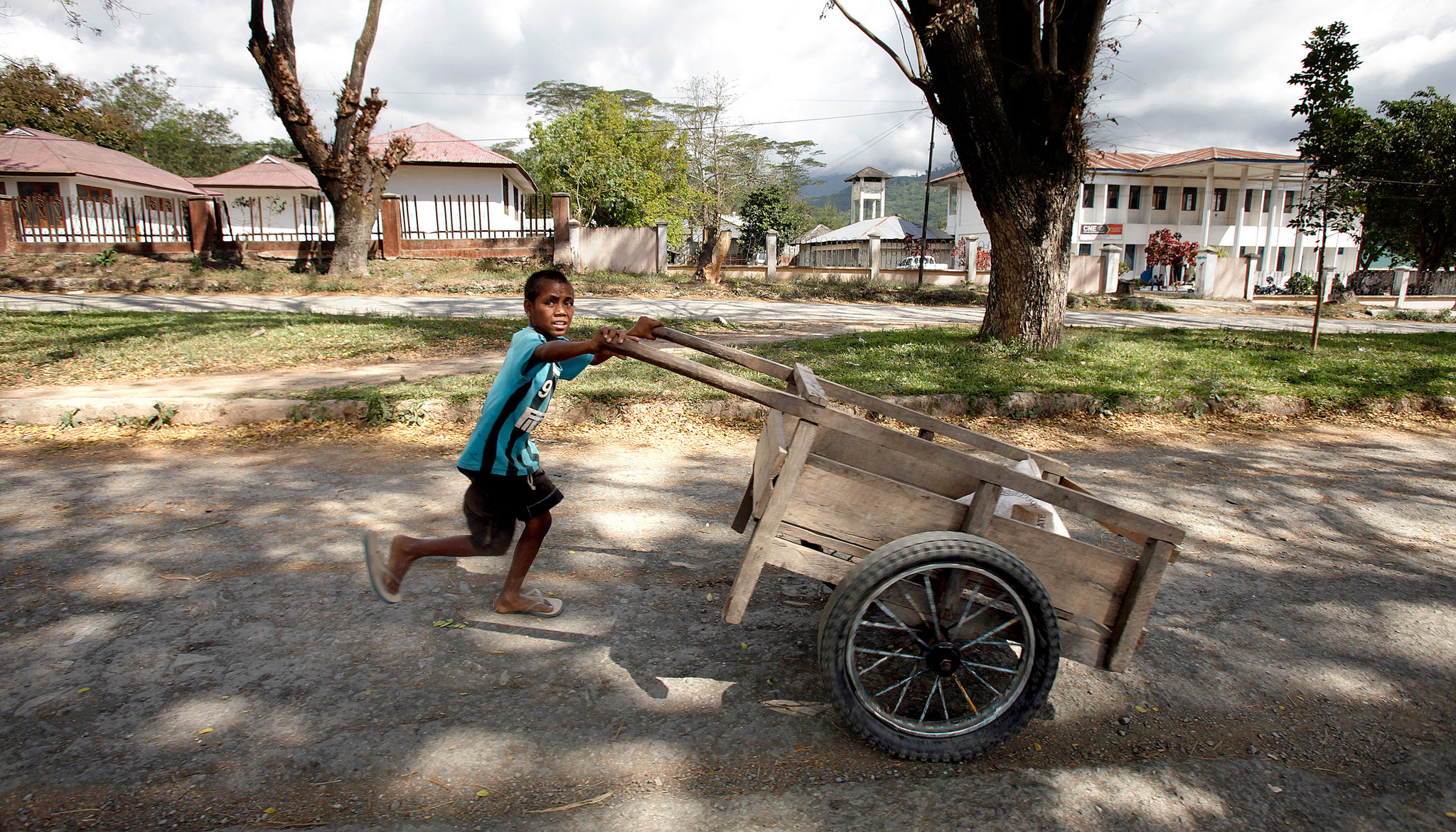 Public policy is about how governments attempt to address national, public or societal problems. It ultimately refers to the ability (or inability) of governments to penetrate society and bring about improvements by adopting and implementing policies.

This significance of public policy resonates in the development experiences of countries over past decades – little can be accomplished to encourage development unless the right policies are adopted and implemented by effective institutions.

Consequently, making sense of development performance requires examining the manner in which public policies are initiated, formulated and implemented, as well as their impact.

The United Nations 2015 Millennium Development Goals (MDGs) report, for instance, showed that despite progress in some areas, the Pacific islands region ‘continues to experience high levels of poverty and slow economic growth and is in danger of missing critical MDG targets.’ Assessments voicing concerns about slow development progress across the region despite the enormity of foreign aid resources signify a need for a better understanding about policy processes in the Pacific islands.

A recent article of mine published in the Asia & the Pacific Policy Studies journal provides some insights into how public policies are initiated, formulated and implemented in the Pacific islands. It draws from the findings of my doctoral research conducted in 2012 and 2014 in Vanuatu, Solomon Islands, Samoa and regional inter-governmental organisations.

My research revealed that policy issues originating from local society were limited. Issues which entered the government agenda and then become public policies came mostly from politicians and foreign actors. Policy initiation is dominated by ideas, issues, interests and agendas of local politicians and international development agencies. Local society, which ‘public policy’ is supposed to impact, and in which the state is a part, has had little input in policy settings.

This means that policies are not rooted within the context or society that they impact. This constitutes a significant democratic and development deficit that must be addressed in ongoing development efforts.

The influence of development agencies on domestic policies is significant, given that the Asia-Pacific region is the largest recipient of foreign aid per capita and donor funded programs are used to design and implement various development initiatives and policy reforms.

There are very few openly articulated political policy platforms. And while there was no consistent understanding at national and regional levels about what constitutes a policy, what is being referred to as ‘policy’ is often a strategic plan, for example the Pacific Plan (now called the Framework for Pacific Regionalism), Strategy for the Development of Samoa, Solomon Islands National Development Strategy, or the Vanuatu National Sustainable Development Plan.

The region is decorated with such plans – wish lists which include many things a country cannot possibly deliver. The formulation of these plans are isolated from society’s realities. With minimal meaningful participation, stakeholder understanding of those plans and about the role of government in public policy is limited.

There is a mismatch between these high level plans formulated by central government agencies and the plans which are actually adopted, which are often based on ad hoc policies determined through the ‘politics’ of the decision-makers.

These plans are often produced for enhancing the standing of politicians and officials, to justify actors’ functions, or to access donor funding. As such, plans often lack contextual translation at the practical and implementation levels.

These characteristics of existing policies attest to a general perception that the Pacific is a region of many plans, but little or failed implementation.

Three implications can be derived from these findings. First, if public policy is about impact on people, then people need to be brought into the public policy space. People must have significant involvement in policy processes in order for policies to have a meaningful impact.

Further, for government to be subjected to constructive criticism, people need to have a more informed understanding and voice in contemporary governance and development issues. Culturally appropriate civic education initiatives aimed at building society’s understanding about the public policy role and purpose of government for the common good are recommended.

Finally, gaps associated with the setting and formulation of high level plans or policy frameworks, including their limited translation into tangible actions at the local implementing levels, need to be addressed in further policy work. Realisation of those plans/policies require genuine involvement, understanding, and ownership from those delivering outcomes at the local level.

This post is published in partnership with Policy Forum, Asia and the Pacific’s platform for public policy analysis, debate and discussion. It is based on the author’s article for the Asia & the Pacific Policy Studies journal ‘The Nature of Public Policy Processes in the Pacific Islands’. Read and download the full article for free at: http://onlinelibrary.wiley.com/doi/10.1002/app5.196/full.

Potoae Roberts Aiafi
Dr Potoae Roberts Aiafi has worked in the Pacific for 17 years serving in various roles both in the public and private sectors. She is currently working as Samoa Country Representative for the Australian Department of Foreign Affairs and Trade’s Regional Pacific Leadership Program which supports various local organisations, groups, coalitions and individuals across the Pacific in their exercise of developmental leadership. She is a part time senior lecturer at the National University of Samoa teaching public policy as part of the postgraduate development studies. Potoae obtained her PhD from Victoria University of Wellington, New Zealand in 2016. She holds a Bachelor of Commerce and Administration in Economics and Econometrics from Victoria University of Wellington and a Master of Public Policy and Management from Monash University, Australia.