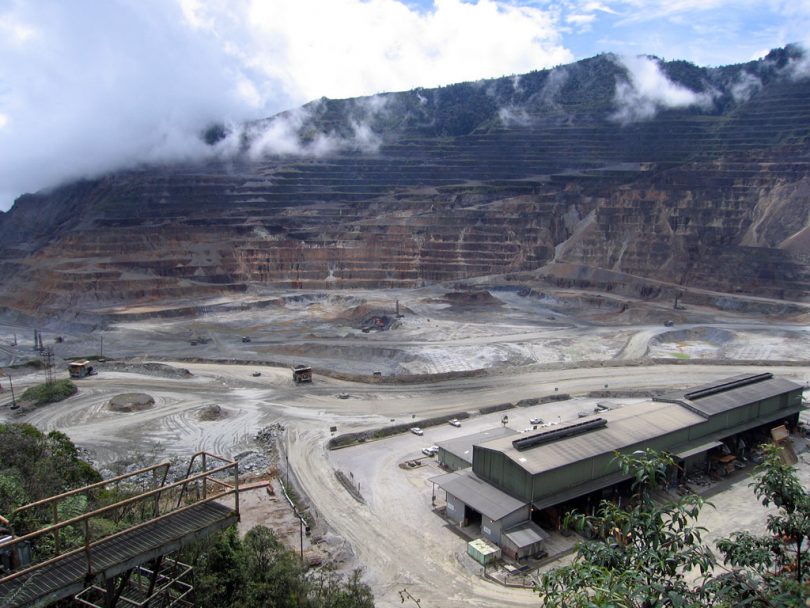 “When we don’t have any of these copper and gold mines anymore, where are we headed?”

This quote is by Jerry Garry, Managing Director of PNG’s Mineral Resources Authority (MRA). According to Mr Garry, mineral resources from large mines (both current and pipeline) will be exhausted in 40 years. Oil and gas will also eventually run out.

This should be a wake-up call for the country.

First, it is just over a generation away.

Second, PNG is overly and increasingly dependent on the mining industry for exports (80% of total export revenue) and economic growth. The resources sector was only about 10% of the economy at independence in 1975, but is about 25% today.

Third, despite a long history of mining in the country, socio-economic development is still lagging, as highlighted by poor performance in health, education, governance, and law and order. The country’s human development indicators are languishing against comparator economies, and we are unlikely to achieve the Sustainable Development Goals by 2030, or Vision 2050’s ambitious goals.

Last, the country has made little progress over the years in diversifying and expanding the economic base to enable broad-based, inclusive and sustained economic growth and development.

The government and its policymakers understand that the mining industry is capital-intensive and, given its enclave nature, has few linkages with the rest of the economy besides the jobs it creates and the contracts it provides to local landowners. The main contribution the industry makes should be the transfer of resource rents to the government through royalties, taxes and profits (where the government has an equity stake).

But this is where the problems start.

First, the contribution of the resource sector to government revenue has been underwhelming – less than 10% in recent years.

Second, it is incumbent upon the government to deliberately and sustainably invest the resource rents in the rest of the economy, including through infrastructure development, strengthening of governance and institutions, as well as building human capital by investing in sectors such as health, education, water and sanitation. This has not happened consistently across the country, with billions of kina lost to corruption and mismanagement.

Third, and underlying these two problems, PNG seems to be subject to the ‘resource curse’, which is when a country is unable to successfully translate proceeds of its abundant natural resources into gainful economic growth and development outcomes for its people. No one can dispute that PNG’s resource rents have not produced commensurate development outcomes for the country and the people. There is a large body of literature on PNG which attests to this situation.

Understanding the problems is one thing, but what matters is addressing them. And given the ominous warning by the MRA, actions are needed fast, and now.

PM James Marape has embarked on a process to increase the proceeds of natural resources to national stakeholders, though how successful he is remains to be seen.

The more fundamental challenge facing the newly elected Marape-Rosso government is to diversify the country’s economic base and to promote the non-mining economy. The new government has taken the bold step of allocating new ministerial portfolios to coffee, oil palm and livestock. However, this is more a symbolic step than anything else. If we really want to encourage coffee growers, what is needed is better roads and security, neither of which a coffee minister can deliver.

To boost these sectors, the overvaluation of the exchange rate needs to be corrected. This will address the problem of forex rationing, which is hurting businesses, and in the long run will improve agricultural exports by fetching higher prices for farmers/exporters. This is important policy ammunition used to fight the Dutch disease associated with the resource curse.

Diversification would also include tapping into the country’s abundant renewable energy sources, such as hydro, geothermal and solar, to improve the reliability, affordability and coverage of electricity.

Initiatives to build capacity within key government departments and agencies, such as the treasury, central bank, national planning, health, education and the MRA, will be important, as well as investment in research and academia to support public policy.

Also needed are structural reforms to modernise and improve the efficiency of the country’s state-owned enterprises. This has been on the agenda of successive governments, but it requires commitment and sustained effort to ensure that the policies and reforms are implemented.

There are only a handful of resource-rich countries in the world – including Botswana, Norway and Australia – that have fought off the resource curse and achieved broad-based economic growth. The citizens of these countries enjoy a higher level of living standards, because their governments made deliberate policy decisions to invest the proceeds of their mineral and oil resources to support other productive sectors such as agriculture and the services sector. They have also strengthened their governance to support growth and development.

What will we in PNG have to show for it when our gold and copper as well as our oil and gas are exhausted? We need to make a significant mid-course correction to our country’s development pathway now, through deliberate and sustained policy actions. We must turn the proceeds of our country’s abundant natural resources to building the non-resource economy. The resulting broad-based economic growth would lift the living standards of the rural majority and the urban poor, and prepare us for when PNG’s minerals and petroleum run out.