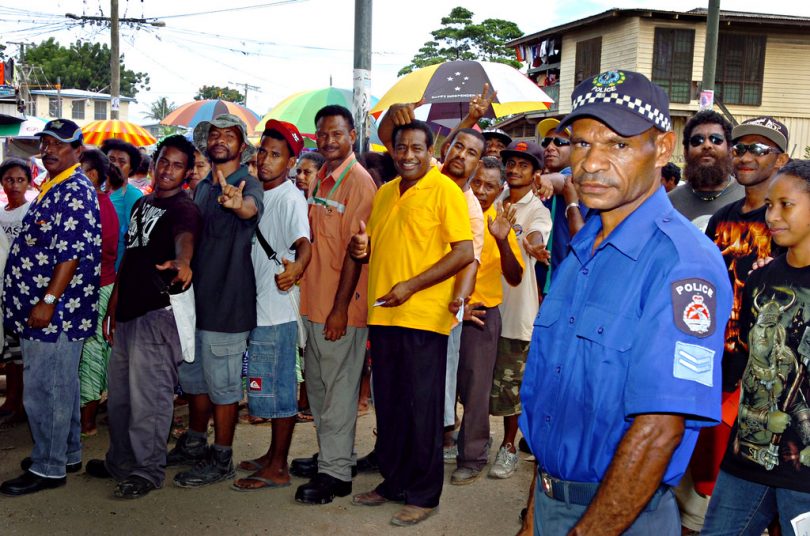 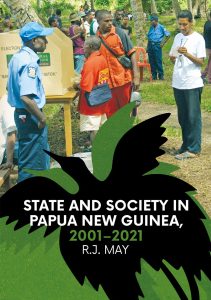 By the late 1990s it was clear that early hopes for post-independence Papua New Guinea had been misplaced. The country had remained democratic, but was struggling in all manner of other ways. Economic management was poor. Political leadership was haphazard. Violent crime plagued the big cities. Natural resources were being exploited to the benefit of a few, while many others bore the environmental costs. And there was Bougainville: a bloody combination of secessionist and internecine conflict.

But for a moment, as the millennium turned, it appeared as if the country might be charting a new path. A reformer, Mekere Morauta, was in power. Economic management became more orthodox. And hostilities in Bougainville had recently ceased. A new electoral system was introduced, which advocates promised would bring better governance. Laws were passed with the intent of stabilising parliamentary politics. Maybe, the coming decades would finally deliver on PNG’s promise.

What happened next is effectively the subject of Ron May’s recent book, State and Society in Papua New Guinea, 2001-2021. The book is a sequel of sorts to May’s 2001 book on the country’s first 25 years. (Both books can be downloaded for free from ANU Press.) Like its predecessor, the new book is a collection of essays rather than a historical narrative, but its breadth and depth are such that it gives the reader a sense of what happened as well as a good idea of why.

So what did happen? What came of that turn-of-the-millennium moment of hope?

Of course, lots of things have happened since 2001, many captured in detail in May’s book. Economic fortunes have waxed and waned. Politicians have plotted, determinedly, against each other. Political heavyweights have skirted and subverted the law. Government departments have limped along, occasionally innovating, often deteriorating.

But what hasn’t happened is progress. Morauta lost power. Electoral reform may have helped, but not much. Parliament has become no more stable – or if it has, it’s mostly because prime ministers have become better at undermining institutions. Conflict hasn’t returned to Bougainville, but the underlying issue of independence hasn’t gone away.

The answer, according to May, is that – absent class, ideological or ethnic divides – politics in PNG is highly parochial. Voters tend to see “the state as the source of things”. Getting access to those things requires “getting their candidate elected” (p. 72).

Given the violence that has emerged in other countries, the lack of national ethnic divides is likely a good thing. But the absence of any other coherent political organising force leaves PNG trapped in a form of politics in which MPs focus on getting patronage to their supporters. Prime ministers, and aspiring prime ministers, focus on making or breaking MPs’ loyalties with promises of plum ministerial positions. And ministers attempt to ride, or guide, the political tides of the day.

Amidst all this, no one does much governing. Ministers rarely understand their portfolios. The civil service is undermined by political patronage, or just plain disillusioned. Legislation is often ignored by a parliament preoccupied with political intrigue. Even when good policy is developed, it’s rarely implemented. Reformers exist – but they have to battle against the headwinds of politics.

The problem, May stresses, doesn’t usually stem from voters’ primordial attachments to clans or kin (he has examples of voters happily voting for unrelated candidates; the book also contains a version of his seminal paper showing the limited electoral importance of clan allegiance in the district of Angoram). Voters, as May sees it, are typically pragmatists – supporting candidates they think likely to help.

This political dynamic doesn’t explain everything. Nor does it excuse politicians – some of the skulduggery on display in chapter 14, for example, is simply inexcusable – but it helps explain why the politics of post-independence PNG has failed to deliver. It’s also a dynamic that wasn’t likely to be changed by anything as simple as a reforming prime minister, switching electoral systems, or parliamentary rule changes. (May foresaw as much.)

That, at least, is the main lesson I take from the book, but it covers much more: the triumph of Tok Pisin as PNG’s lingua franca, international relations, political parties. The book is a fascinating collection of essays, elegantly written and more engaging than most academic works. It has detail aplenty, perhaps too much for some readers at times, but the detail will be invaluable for future scholars. May’s tone is kind too. He never blames the people of PNG for the predicament they have found themselves in; his rare wry comments are aimed at buffoonish colonial officials or ignorant Australian pundits.

The only thing the book is missing is definitive answers to two big questions: Where is PNG heading? And what can be done?

This is another strength.

PNG’s future could be bleak: a new political class may be on the rise, ever more eager to subvert democracy when it becomes inconvenient. Or perhaps the country will continue to stumble along, countervailing powers preventing change for better, and for worse. Or, perhaps there is a positive pathway forward, involving a burgeoning civil society, and changing political dynamics. May hints at all of these possibilities but wisely avoids hazarding guesses as to which is most likely.

As for what can be done: if we’ve learnt one thing since the turn of the millennium it is that silver bullets are unlikely. No one thing is to be done. If they can be found, real answers will be piecemeal, and patched together over time. Most solutions will emerge from within PNG. May appears to be aware of this, and eschews prescriptions even more than he shuns predictions.

This doesn’t mean external actors should give up on helping PNG. Australia, in particular, has a duty to its nearest neighbour and former colony. And it’s always possible to do some good if you are willing to learn. For those willing to learn, May’s book is an invaluable resource, filled with insights from someone who both cares about PNG and understands it well.

Ron May’s State and Society in Papua New Guinea, 2001-2021 is published by ANU Press and can be downloaded for free.