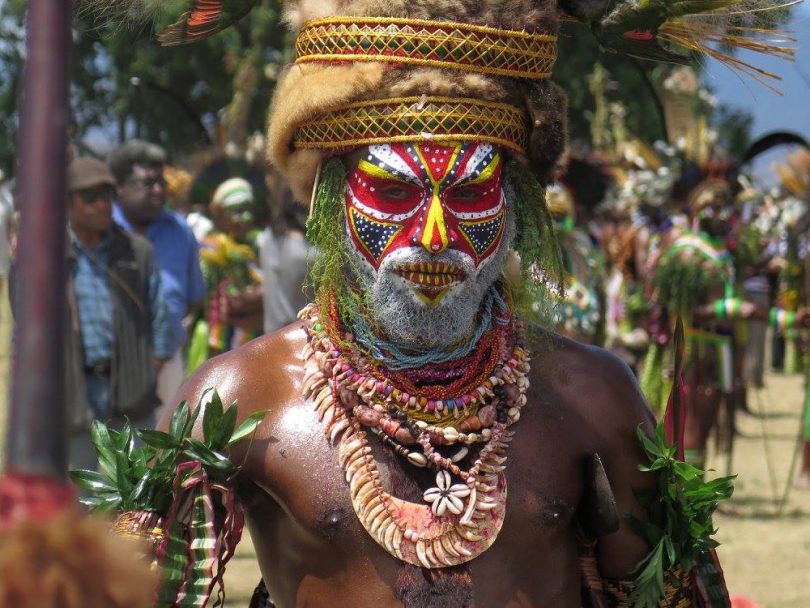 COVID-19 appears the latest instalment in outsider narratives of Papua New Guinea (PNG) as a ‘failed’, ‘weak’ or ‘fragile’ state. In April 2020, for example, with only eight cases of COVID-19 in the country at that time, Australian journalists capitalised on the opportunity to put PNG on the failed-state precipice. As PNG’s COVID-19 cases grew, Sky News editors theatrically warned of a “stampede of people” to Queensland, and thoughts in Canberra turned to the potential for PNG to plunge into chaos. In this blog, we reflect on representations of PNG as a ‘failed’ or ‘fragile’ state, and call for greater reflexivity among those who use these terms. Rather than contribute to the debate as to whether PNG is (or is not) a fragile state, we draw attention to the cultural and political undertones of these labels.

Narratives evoking a sense of chaos in PNG, particularly by Australians, are not new. Prior to independence from Australia in 1975, commentators looked to the experience of post-colonial states internationally to point to the likelihood of political anarchy and economic collapse. Defying these negative expectations, analysts described PNG 25 years later as “one of the few post-colonial states that has maintained an unbroken record of democratic government, avoiding both an army takeover and an authoritarian civilian regime”. Now in its 46th year of independence, the minimal Australian media coverage afforded to PNG continues to focus on dysfunction and insecurity.

The failed state concept is loosely defined and carries a myriad of nuances. Most definitions focus on political instability and limited capacity of government institutions to exact their purpose. Others use a range of risk indicators to measure state ‘vulnerability’, without actually defining what a failed state is.

The idea of state failure emerged in the early 1990s in an effort to understand state collapse in Somalia. But it gained wider prominence following the September 11 attacks, when it was used to explain why some poor countries were unable to facilitate economic growth. Although the focus of US policymakers was on the capacity of Afghanistan to combat al-Qaeda, the concept hooked into regional terrorist-related anxieties elsewhere. Australia’s Howard government, for example, cautioned that failing states in the Pacific (especially the Solomon Islands and PNG) could pose a threat to national security. Howard argued that Australia’s aid program should henceforth be conditional on recipient states providing stability and good governance.

In the case of PNG, the failed state narrative is accurate in so far as it draws attention to undeniable deficiencies in the country’s formal government institutions. Our response to the term does not intend to dismiss the grim health, economic and political realities that PNG is currently facing. But it is well known that governance in PNG (and elsewhere) transcends the formal government apparatus. Non-state authorities (e.g. elders, chiefs, and religious and women’s leaders) play an important governing role in PNG’s predominantly rural communities. Those in remote areas might only interact with the liberal democratic state vis-à-vis false promises made during election time. The contributions that traditional institutions, and Melanesian and Christian values, make to positive peace in PNG are rendered invisible in fragile and failing storylines.

We also recognise that the failed state label is no longer exclusively applied to PNG by independent outside commentators. Former Prime Minister Peter O’Neill, for example, recently claimed that PNG is now in a position to be declared a failed state, an idea he previously refuted while in government. Now in opposition, O’Neill appears to be using the term as a rallying call to rescue the country’s economy under the leadership of James Marape.

Yet the failed state narrative is perhaps more likely (and understandably) to be received by Papua New Guineans as criticism levelled from a former colonial authority. This is reflected in counterarguments that the roots of failure are external and historical, rather than stemming from domestic structural weaknesses. Indeed, the idea for this blog emerged out of a passionate discussion among PNG Studies and International Relations students at Divine Word University. As Senala Morona, one of the students and a co-author of this blog, wrote on the class internet forum:

The idea of a ‘failed state’ is coming from countries that have exploited the so-called failed state at some point for their own development. If our resources were used for our own development, maybe we wouldn’t be failed states … Maybe if their multinational companies heard our cries for our motherland and didn’t exploit it and cause conflict among our peoples for years, maybe we wouldn’t be labelled failed states. Maybe if we were seen as equals in the first place, we would have done better in our affairs and not struggle to be finally seen as equals and be heard as peoples and not labourers, housekeepers or carriers.

PNG is a relatively young nation state that has extraordinary challenges ahead. We too long for the elimination of structural violence in PNG, and a state system that supports our communities to realise their potentialities. But narratives of failure and weakness, well intentioned or not, are reminiscent of a colonial imaginary that evokes feelings of cultural inferiority among those whose state is deemed to be failing. Constant negative assessments can reinforce a sense of hopelessness, or ‘negative nationalism’, but they can also provoke a sense of resolve to share alternative histories (albeit with less power to have those histories heard). To illustrate this point, we conclude with the words of Senala Morona: