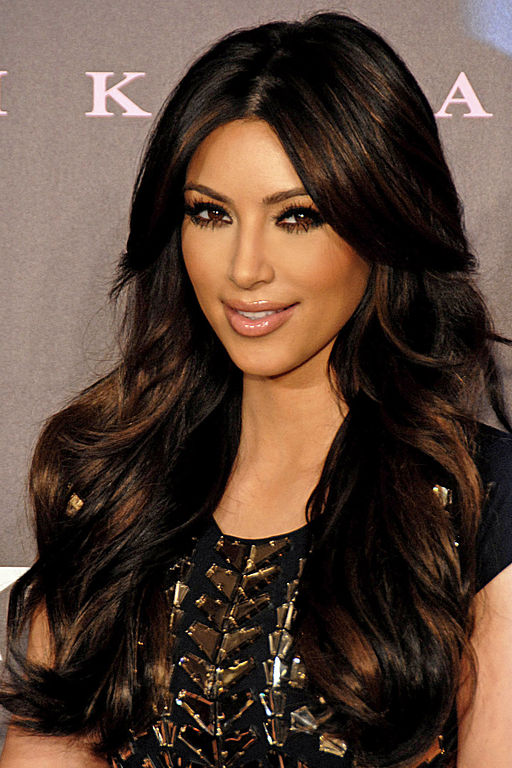 How we receive information and how it is used to shape our views is a battle played out every day by tweeters, bloggers, journos and their executives, advocacy groups, corporations and politicians, to name a few. From this perspective, together with my general interest in Papua New Guinea, I became curious about how Australians form perceptions of our nearest neighbour and how they are influenced by Australian media.

According to Sean Dorney,

“Fewer and fewer Australians have any real knowledge of this fascinating country to Australia’s north, which we were responsible for bringing to nationhood. This lack of understanding affects our dealings. The Australian media generally ignores PNG.”

Last year, PNG’s High Commissioner to Australia, Charles Lepani, was also critical of the level of Australian engagement and understanding of PNG issues,

“Australia remains substantially ignorant of Papua New Guinea. You cannot dig any deeper than the ongoing Manus issue to see the vitriol and vilification borne out of ignorance by Australians of Papua New Guineans and our country.”

To what extent does the Australian media focus on PNG, and, when it does, what issues are focused on? Are there differences in the way PNG stories are reported across media outlets?

Before I present data that sheds light on these questions, I would like you to guess the average number of Australian newspaper articles on PNG per 1000 articles published. My focus is on newspaper articles because of their tractability and including other forms of media, particularly newswire services, could give meaningless results due to their relatively low levels of readership.

In terms of overall PNG focus, Factiva search results indicate that there were around 2 million Australian newspaper articles published over the last 5 years, of which 2660 were about PNG in some form. This represents an overall share of 0.13% or slightly more than one article per 1000 published. Looking beyond newspaper articles, including ABC (web-based) articles in the analysis does improve the PNG share to 0.21%, reflecting the ABC’s relative focus on our region.

If anything this number is probably higher than I expected. In comparison, the share of Australian newspaper articles over the last five years focused on Indonesia, New Zealand, and Fiji was 0.70%, 0.43% and 0.07%, respectively. The PNG share was only almost exactly the same as the share of articles about Kim Kardashian.

What about the PNG share at the individual newspaper level? Figure 1 shows that readers of The Age received the highest share, more than four PNG related articles per 1000, closely followed by The Sydney Morning Herald. While readers of The Australian only receive about two articles on PNG per 1000, the raw number published on PNG was similar to The AGE or SMH (The Australian publishes a relatively large number of articles in general). Unsurprisingly, newspapers with low levels of circulation have a low PNG share, although the Cairns Post bucks this trend, reflecting Cairns’ proximity to PNG and high number of Papua New Guineans living there.

Figure 1: Share of articles on PNG over the last 5 years by newspaper source 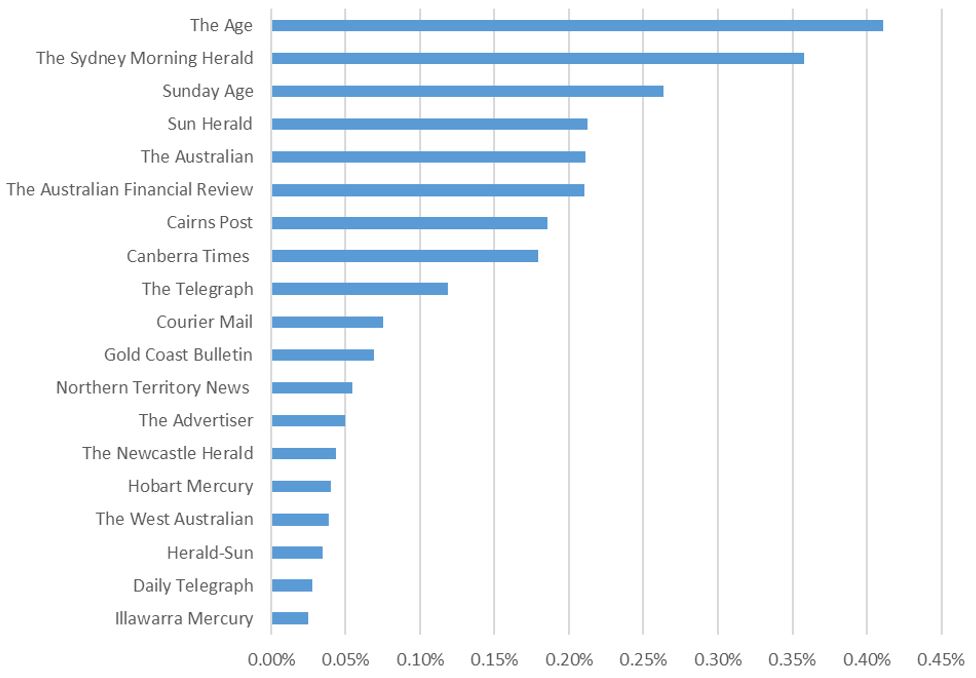 Is the focus of these articles contributing to a lack of understanding of PNG by Australians?

In a previous blog post I described how Structural Topic Modelling (STM) can automatically discover topics across a large number of text-based documents, and map topics both in terms of prevalence over time and in relation to each other. My analysis of Australian newspaper articles on PNG indicated that around 30% of articles were related in some form to Australia’s offshore detention centre in PNG, and about 15% each dedicated to the prime ministerial dispute, and business reporting related to LNG/Oil Search. Around 10% of reporting was on crime and violence in PNG. That doesn’t leave much room for reporting on issues that might help Australians get any deep insights into PNG culture or development (which together account for about 20% of articles).

The STM approach can also be used to test whether there are differences in the amount of reporting on particular PNG topics across News Corp. and Fairfax owned newspapers. The results are shown in Figure 2 for the four topics that were highlighted in an earlier post in this series (the horizontal axis measures topic proportion, the dot shows the point estimate, and the band around each dot shows the 95% confidence intervals). Note that duplicate versions of the same article were deleted when published across a number of papers within each newspaper group, and the Australian Financial Review was separated from other Fairfax owned newspapers due to its relative focus on business issues.

An average of around 20-25% of all News Corp. articles related to PNG papers was estimated to be devoted to the PM dispute topic, as compared to an estimate of around 7-11% for Fairfax the group. News Corp. papers were also estimated to publish more frequently on the topic of economic development relative to the Fairfax group, although this finding is reversed for the asylum seekers topic. In contrast, there is no statistical difference in the prevalence of reporting on the crime/violence topic across these newspaper groups. 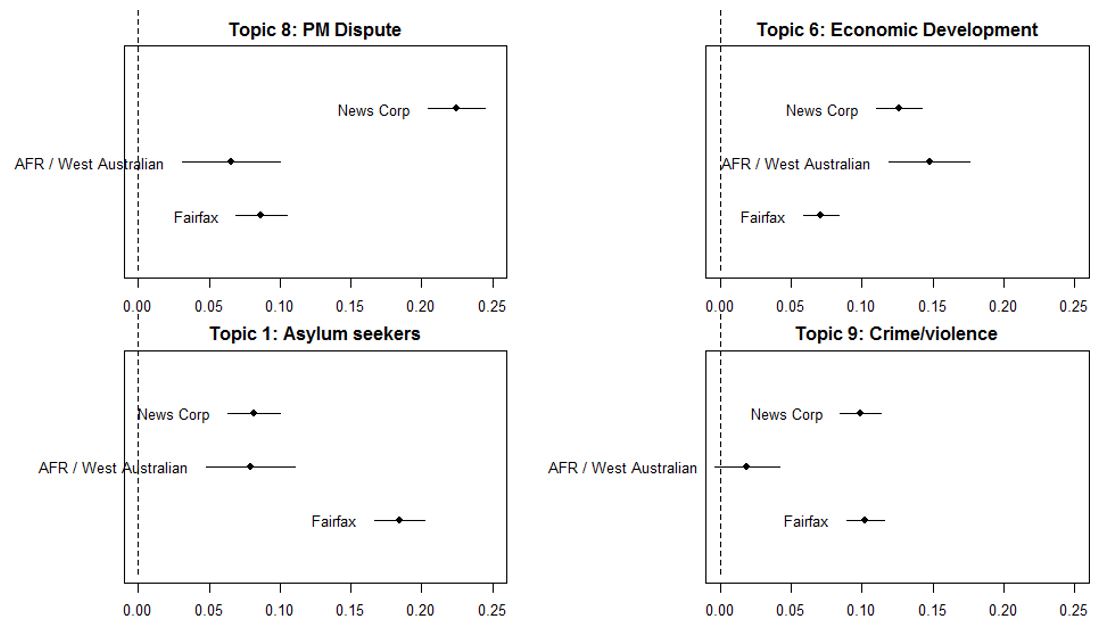 STM can also show how newspapers talk about the same topic differently. For example, Figure 3 shows key words found within the Economic Development topic; words to the far left of the axis are more likely to be used within Fairfax articles, words to the far right are more likely to be used within News Corp. articles, and words around the dashed line are equally prevalent across both newspaper groups (words are randomly located vertically, the larger the word the more frequently it is used). The word cloud shows that News Corp. articles on PNG economic development are more likely to be associated with “business”, “growth” and “China”, whereas Fairfax articles on the same topic are more associated with “aid”, “corruption”, “money”, and “land”. 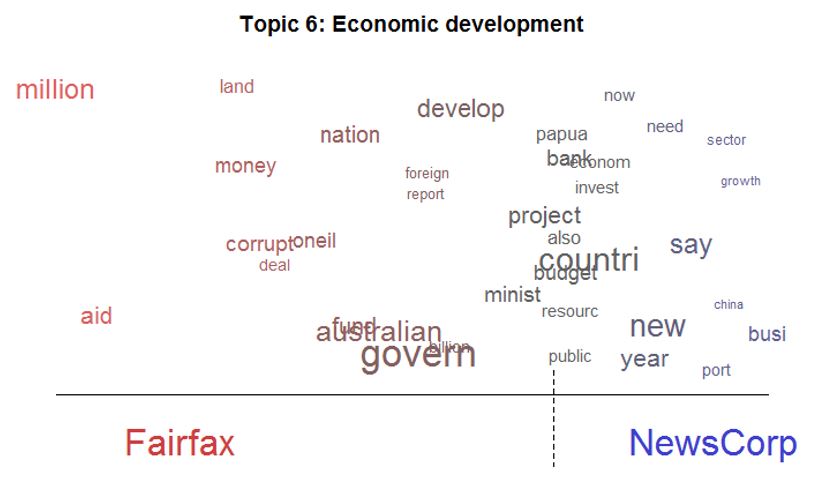 While it is certainly debatable, I wouldn’t say that Australian newsprint media ignores PNG. However, the analysis indicates that Australian newspaper reporting on PNG is variable, both in terms of its extent, the issues that are focused on, and the way those issues are reported. Nonetheless, it seems that the Australian media will tend to focus on dysfunction in PNG, whether it is PNG’s own-making (e.g., the PM dispute and crime/violence) or not (i.e., the Manus detention centre). Perhaps expecting the media to help Australians build any deep knowledge of PNG is putting the cart before the horse. It’s the people-to-people links between Australians and Papua New Guineans that are missing – improve that and Australian media reporting on PNG will improve.

Anthony Swan is a Research Fellow at the Development Policy Centre. This post is the second in a two-part series analysing coverage of PNG in Australian media; read the first part here.