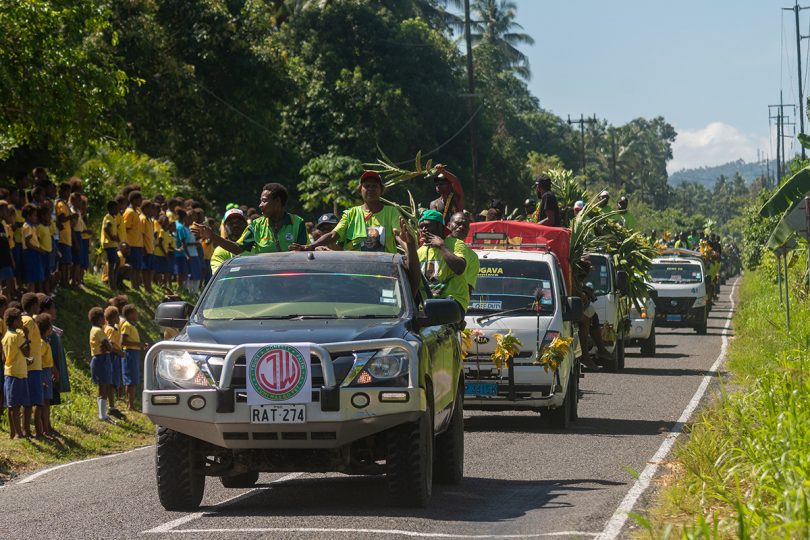 In Papua New Guinea, in the wake the disastrous 2002 elections, something unexpected happened: things got better. The next general elections were less fraught. There were still problems aplenty. And it wasn’t a happy ending: by 2017 electoral quality was awful again. But the improvement  was something. It was a demonstration that positive electoral change can occur in PNG.

The question facing everyone now – as the embers of the 2022 electoral debacle continue to smoulder – is how can electoral quality be repaired again?

It’s easy to come up with a list of the changes required for an improved, albeit imperfect, election. Redo the roll. Prepare logistics thoroughly and early. Make sure key bureaucratic players collaborate well throughout the preparation process. And ensure that there’s more than enough security on the ground, either by spending more, or by making changes – like abandoning one-day polling in the Highlands – that would ease the security burden.

It’s easy to draw up the list, much harder to put it into practice. Most of the improvements require more money, or – in the case of abandoning same-day polling – bold change. All need to be planned years in advance of the election. Roll repair needs to start soon. There are other complications too. In parts of the country, for example, powerful candidates manipulate the roll to gain electoral advantage. Tackling that won’t be easy.

Real electoral change will require money and motivation to make it happen.

Where might this come from? The most obvious candidate is the country’s politicians themselves. They control the budget; the government of PNG meets the bulk of electoral costs. Politicians legislate too. However, as I explained in my previous post, political incentives pull against concerted efforts to improve electoral quality. It is not as if the government is flush with cash either. Still, the 2022 elections have been a shocking event. Perhaps this will be enough to motivate politicians into action?

The good news is that senior politicians are talking about the need for electoral improvements. The bad news is that this could be nothing more than soothing talk, designed to calm a restive electorate. It’s also disheartening that some of the things politicians are currently talking about are red herrings, like electronic voting, which will make elections harder to run while doing little to solve actual issues.

Nevertheless, at least some of PNG’s politicians are willing to admit there were real problems in 2022. Perhaps if local civil society is able to maintain pressure on the government, change might come. It’s possible, but far from guaranteed.

Australia has always helped with elections in PNG, but it needs to engage more determinedly if elections are to get better. That means more money, more effort, and smarter spending. Australian aid will never be a panacea. But more Australian attention would help. It could even be catalytic at critical junctures, helping to spur change.

Australian aid in the Pacific has been contaminated by Canberra’s China obsession recently. And perhaps aid decision makers view electoral assistance as less useful in fending off China than building roads and power networks. But hopefully not. Surely the importance of ensuring that democracy survives in Australia’s nearest neighbour will be apparent even to those who can think no further than the national interest.

Will Australia engage? I’m hopeful it will. It will come back to haunt Australia if it doesn’t.

If Australia does decide to bite the bullet and help properly next time round, the path to improvement will be complicated. For a start, the nature of Australia’s engagement needs to change. It will need to involve itself more in areas such as the roll, which it has largely avoided in recent elections for fear of being associated with failure. In the lead up to the 2007 election Australian aid was important in rebuilding the roll. It needs to take on this challenge again. It also needs to very carefully assess the nature of its current support for the PNG Electoral Commission. Is it funding the right types of work? Are the organisations it is using to provide support doing the job well? Is it really succeeding in becoming a trusted partner with the PNG Electoral Commission?

Even if Australia ups its game, it won’t become omnipotent. More money will do more and buy more influence. But Australia will still have to work within the constraints of PNG’s domestic political economy. That’s a big challenge. Yet PNG’s political economy may also help aid-funded assistance. Just as PNG’s politicians have little interest in improving elections, at a national level at least they don’t have much interest in stymieing improvements.

Success isn’t guaranteed. But it’s not impossible. Australian aid contributed to better elections in 2007. Australia has been a key player in helping to improve recent elections in neighbouring Solomon Islands. It should at least try.

Improving elections in PNG is easy on paper. It will be hard in practice. But PNG’s political leaders, and Australia, need to rise to the challenge. If they don’t act now, they will be morally culpable for everything that goes wrong in 2027.