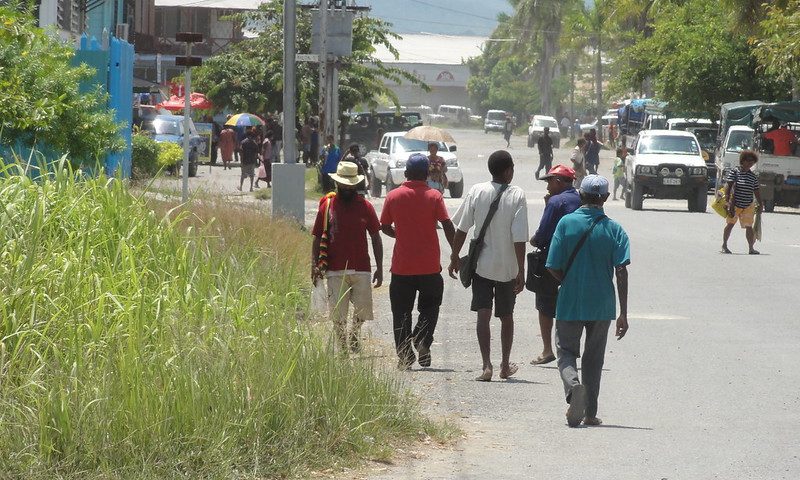 The National Court of Papua New Guinea made a landmark court decision on Saturday 30 January 2021 by ordering the Madang Provincial Government, the District Development Authority, and the Urban Local-level Government to fix the roads in Madang town. The orders prescribed the specific financial contributions and administrative responsibilities of each level of government, including the national government, and applies to the Madang Members of Parliament.

The orders by Justice David Cannings were made on the basis that the bad road conditions affect the human rights of the people under the PNG Constitution. Justice Cannings acted on his own initiative as provided under section 57 of the Constitution.

The decision raised questions among some as to whether it was a proper use of judicial power. More importantly, can judges in PNG intervene in addressing development issues?

The implications of this decision demand greater clarity and understanding about the constitutionally-mandated role and purpose of the judiciary in PNG.

Under the PNG Constitution, judges have a broader social policing role than judges in many other countries, including Australia. PNG judges are empowered by various provisions of the Constitution to be social engineers.

This means interpreting the Constitution and applying it with an intent to instigate reform or address a social or policy problem that underpins, or has the potential to underpin, legal issues. This approach includes prescribing practical solutions, such as the case in Madang.

The Supreme Court has affirmed on numerous occasions through various rulings that the PNG Constitution is to be interpreted broadly as ‘goal-oriented, purposive’ and ‘liberal’, not ‘strict, technical and legalistic’. Judges are urged ‘to think expansively and to be dynamic’ and ‘to use judicial ingenuity to do justice’. Their broad role in PNG society has been taken to mean that judges must be attuned to the ‘socio-political considerations which permeate the Constitution’ and to not ‘turn a blind eye’ to ‘the arena of politics’.

The PNG Constitution originated from one of the most exhaustive consultation processes globally, guided by national PNG leaders. The views of the people throughout the country, summarised in the 1974 Constitutional Planning Committee (CPC) Report, supported a liberal judiciary with broad powers of accountability to actively hold institutions of government accountable, and as a partner in the development of society.

There are at least twelve provisions in the Constitution that point to PNG as having a liberal and interventionist judiciary, not a conservative one. In the CPC Report, judges were considered as ‘leaders’, not just judges. As such, they are expected to use their broad powers to actively address the suffering and injustices arising from lack of social development.

Judges are not expected to distance themselves from the society’s problems. As the National Court stated in 2006: ‘Judges in this country do not have the luxury of just being able to sit in court and wait for parties to come to them to resolve their disputes.’

Late Chief Justice Buri Kidu warned of arguments that tried to ‘cut down the powers’ of PNG judges and held that the ‘common law [of Australia or England] should not and cannot be used to cut down powers given…by the Constitution.’ Chief Justice Arnold Amet reaffirmed in 1997 that judges in PNG are ‘invested with unfettered discretion to fashion orders that will do justice.’

Judges have used their accountability-oriented powers in the past. Examples include ordering the Parliament to sit, closing police cells for inhuman conditions, and ordering government agencies to provide adequate funding for constitutional institutions.

In summary, judges in PNG have a constitutional mandate that goes beyond mere interpretation of the law to include policing the actions of the Executive and the Legislature. While this is unusual, PNG is not unique – judges in South Africa and India, for instance, have similar interventionist powers.

What does this mean for the doctrine of separation of powers? The doctrine was adopted in a modified version under the PNG Constitution, not the traditional model as used in Australia and elsewhere.

There are two key modifications. First, the liberal role of judges is different to the restricted role of judges under the traditional model of the doctrine. Second, a ‘fourth arm’ of government, comprised of independent institutions such as the Ombudsmen Commission, the Constitutional and Law Reform Commission, the Public Prosecutor, and the Auditor General, is created in the Constitution. These institutions are not subject to any arm of government. It means the ‘three arms’ of government model under the traditional doctrine of separation of powers does not strictly apply to PNG.

Having broad powers may suggest a risk of abuse by judges. However, there are inbuilt restraint mechanisms to counter rogue judges, including appeals processes and referral to the Ombudsman Commission.

The argument for restraint should not diminish the expectations placed on judges by the ‘home-grown’ Constitution of PNG. Judges can maintain their impartiality and independence while performing their mandated interventionist role in PNG society.

The decision in Madang is a strong reminder to political leaders and government agencies that prolonged failure to attend to development needs in their electorates may affect their people’s human rights and result in court proceedings under the Constitution.

With many parts of PNG experiencing chronic underdevelopment, this case may ‘open the floodgates’ of litigation. However, that should not be a concern. As the late Justice Mari Kapi reasoned, ‘it is the people’s court and let them come by the hundreds if they have the right to come’.

While the Madang case is open to appeal, PNG should be grateful it has judicial institutions equipped with broad powers to promote accountability for the good of the people.

Dr Kama is currently working on a book about the liberal role of the PNG judiciary.