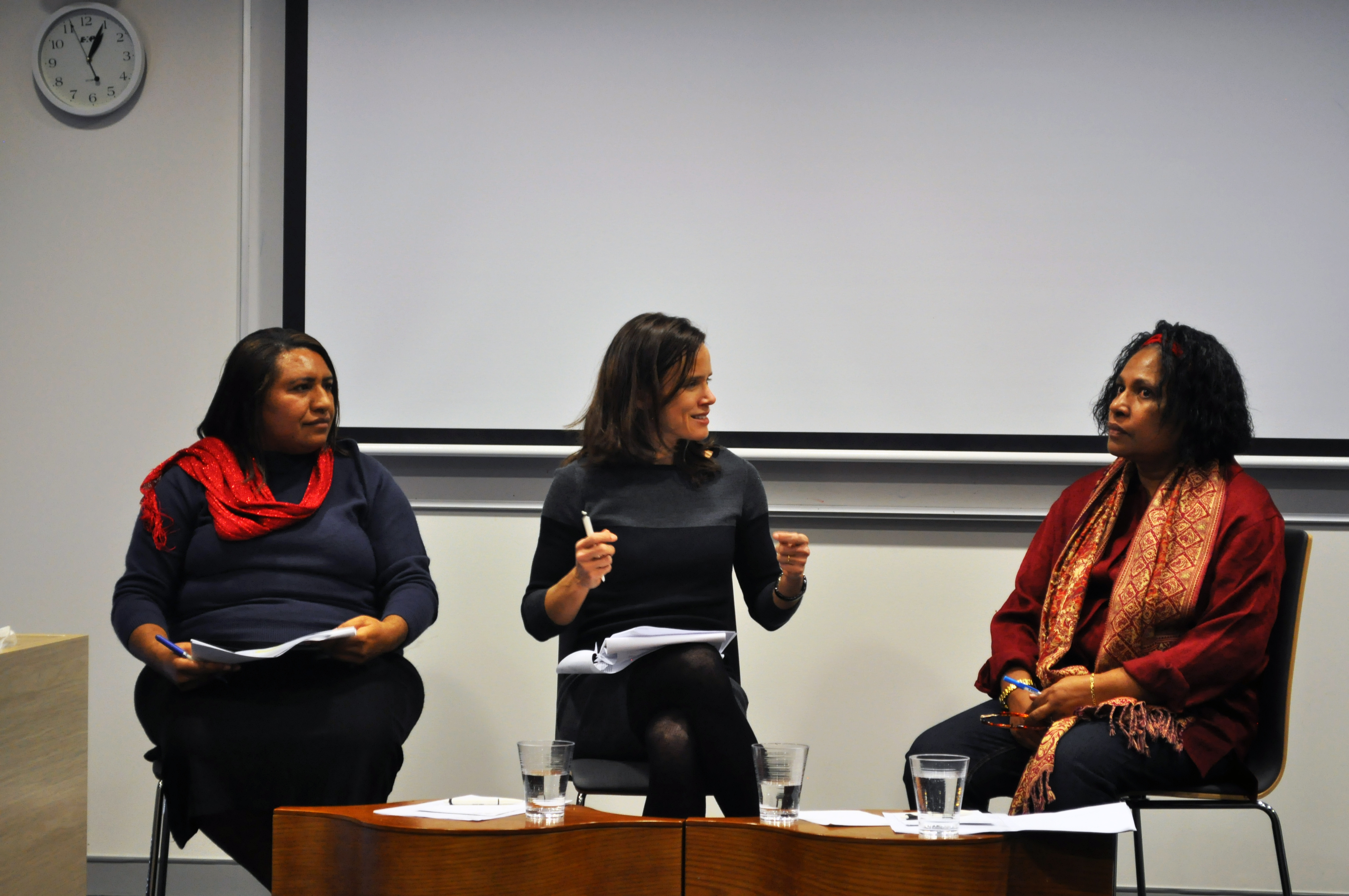 Much of the literature on women and development draws on impressively large numbers representing the collective story of half of the world’s population.

There is the statistic, often cited, that women and girls make up 70% of the world’s poor. According to the 2012 World Development Report they comprise over 40% of the world’s workforce, including 43% of the agricultural workforce, but lack the same opportunities as men to benefit economically. Hundreds of millions live with terrible violence and exploitation, die needlessly in pregnancy and childbirth and lack access to even basic education and healthcare.

On the brighter side, we know that investing in women and girls provides real solutions to seemingly intractable poverty. The above-cited report is a reminder that eliminating discrimination barriers in certain occupations would increase labour productively in some countries by an impressive 25%. And millions upon millions of people (especially children) would benefit from improved efforts to educating women, as well as ensuring more equal social and political representation.

Whilst these numbers are confronting on the one hand and encouraging on the other, I often find myself contemplating the big picture while ignoring the more personal stories behind the statistics.

I was therefore delighted to have the opportunity to hear the experiences of two impressive Papua New Guineans who shared with me the challenges and opportunities faced by professional women in their country.

Avia Koisen is a civil lawyer, the Principal of Koisen Lawyers and one of the founding members of the Papua New Guinea Women’s Chamber of Commerce. Emma Wurr is Principal Legal Officer for Human Rights at the PNG Office of the Public Solicitor. Both women give a great deal of their time, largely pro bono, supporting women and lobbying for better conditions.

Avia and Emma told me that a very common perception in Papua New Guinea is that men are smarter than women. The attitude prevails in families, communities and the workforce and is the starting point in most professional engagement. It affected the ability of both women to attract and engage with clients and perform professional duties. As women they had to work at least twice as hard, ensure they made few mistakes and to fight back directly and robustly when confronted with ignorance and bullying behaviour. Over time, proven competence and personal strength won them respect, including from male colleagues. But fighting negative attitudes towards women remains a constant challenge for both Avia and Emma.

I was not surprised – I know the statistics – but I was nevertheless saddened to hear both women’s personal experience with violence, an incredible impediment, including for professional women.

Violence, Emma told me, is so much a part of life that it is, in many communities, considered normal. Growing up in a village in the Western Highlands, Emma said that nobody even questioned whether it was wrong. If a man was seen beating a woman (or a woman a man) the common view was the person did something to deserve it. Emma guessed that at least 98% of women in her community experienced such abuse.

Avia commented that many professional women also experienced violence in the home or community, making it hard to focus on work and destroying confidence. She told me that earning an income could put a woman at risk of abuse due to jealously or someone wanting her money. At the same time, earning an income can provide a means to escape violence. Much of Avia’s work is focused on improving opportunities for women.

Both women felt that the lack of professional role models and champions was another major impediment to women in the PNG workforce. There are very few women to look up to and to show others the importance of ‘pushing through the hard stuff’. This is why Aviva has supported the establishment of a Women’s Chamber of Commerce and was actively involved in national efforts to get more women into Parliament. It’s why Emma focuses a great deal of her personal time on supporting the development of professional women.

Avia grew up in a very poor family and spent most of her childhood in Port Moresby. Her mother worked as a maid and her father had odd jobs. Emma came from a community in the Western Highlands that was seriously affected by tribal fighting. How did these two remarkable women escape disadvantage, finish school, excel at university and develop successful legal careers? The odds were certainly against them.

For both women, education was the key. Emma was able to escape tribal violence after her school burnt down. From the age of 6 she lived with distant relatives, away from her parents, so that she could attend primary school. She was 12 years old when peace returned to her village and she was reunited with her father. He recognised her talents and was determined to see her educated, supporting her to finish high school. He then took out a loan and worked hard so she could attend university.

Avia had a different experience. Her family worked many different jobs so she and her siblings could attend primary school, but told her she had to leave school and get married after Year 10. They had chosen a husband for her. Avia ran away to nursing school where a teacher recognised her intelligence and encouraged her to go to university. This female mentor was a powerful inspiration who reinforced the importance of encouraging women and building their confidence to overcome barriers.

Avia and Emma are both concerned that poor governance is currently undermining education in PNG and thereby the opportunities for women (and others) to overcome disadvantage. They both agree that Australia’s aid program should focus more on practical support to enable more Papua New Guineans to access education and less on policy and capacity building, which will not work in an environment where the commitment to good governance is lacking.

Avia and Emma are wonderful reminders of the difference that individuals can make to the lives of others and to an entire nation. It’s important that we all stop occasionally and reflect on the stories behind the statistics.

Avia and Emma recently shared their experiences at the Development Policy Centre event ‘Challenges and opportunities for women in Papua New Guinea’. A podcast of the event can be found here.

Stephanie Copus-Campbell is Executive Director of the Harold Mitchell Foundation.

Stephanie Copus-Campbell is Executive Director of the Oil Search Foundation.